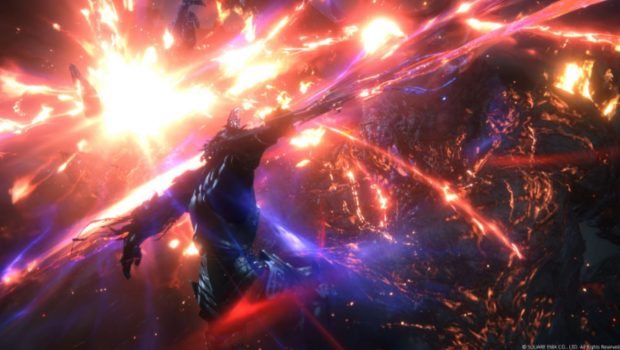 SQUARE ENIX® announced today the release of the latest trailer for the highly anticipated new entry in the acclaimed FINAL FANTASY franchise, FINAL FANTASY® XVI, which will be releasing on the PlayStation®5 (PS5™) in Winter(ANZ) 2023. The trailer, named “AMBITION”, gives players a more in-depth look at FINAL FANTASY XVI’s backstory, including the realm of Valisthea and its rich cast of characters they will encounter in the game, including Dominants – single men and women who are blessed with the ability to call upon a dread power, which is unlike anything ever seen in the series.

The development team also posted new comments as they set their sights on delivering an unforgettable experience to gamers across the globe. “I’m happy to announce that our newest trailer—Ambition—is now live,” commented Naoki Yoshida, Producer, FINAL FANTASY XVI. “Rather than focusing on action as we did in our last reveal, this time we wanted to give the world a more in-depth look at FINAL FANTASY XVI’s lore and its rich cast of characters—with the Dominants front and centre.”

“As the game edges closer to completion, the team has turned its full attention to debugging and final adjustments,” said Hiroshi Takai, Director, FINAL FANTASY XVI. “Now that things are starting to come together, the game is sizing up to be something truly special.”

To view new screenshots from the trailer, the full comments from both the Producer and Director, and information about the Dominants of powerful Eikons, Odin and Bahamut, please visit the official FINAL FANTASY XVI teaser website at: http://www.finalfantasyxvi.com

In an immersive world built by talented developers, including Kazutoyo Maehiro (Creative Director & Original Screenplay), Michael-Christopher Koji Fox (Localization Director) and more, FINAL FANTASY XVI brings players into the realm of Valisthea, where Eikons are powerful and deadly creatures that reside within Dominants— single men or women who are blessed with the ability to call upon their dreaded power. The story follows Clive Rosfield, a young man dedicated to mastering the blade, who is dubbed the First Shield of Rosaria and tasked to guard his younger brother Joshua—the Dominant of the Phoenix. Unexpected events set Clive on a dark and dangerous road to revenge.

FINAL FANTASY XVI is a standalone single-player action RPG being developed for the PlayStation®5 console and is set to release Winter(ANZ) 2023.