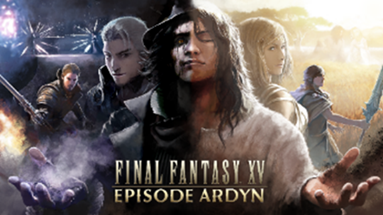 LEARN THE TRUTH BEHIND THE CHARISMATIC VILLAIN OF FINAL FANTASY XV

In FINAL FANTASY XV: EPISODE ARDYN players can experience a brand new storyline from the perspective of Ardyn Lucis Caelum. Set 35 years before the events of FINAL FANTASY XV, follow the notorious villain through being freed from an extra-long life of imprisonment and entering the world of darkness, to seeking vengeance against the Lucian royal family.

Players can utilise Ardyn’s villainous powers that can devastate his enemies in demonic ways, as well as fly freely across the map, quickly moving around Insomnia by Shadow-Stepping to map points. Fans of FINAL FANTASY XV will also enjoy encountering familiar faces, albeit younger versions than have been seen before as well as exciting and essential new characters such as the scientist Verstael Besithia and the priestess Aera Mirus Fleuret.

FINAL FANTASY XV: EPISODE ARDYN is a single DLC episode available to purchase for players of FINAL FANTASY XV and will be available for Xbox One and Windows 10 on the Microsoft Store, the PlayStation®Store, Origin and STEAM. For more information, please visit: http://www.finalfantasyxv.com