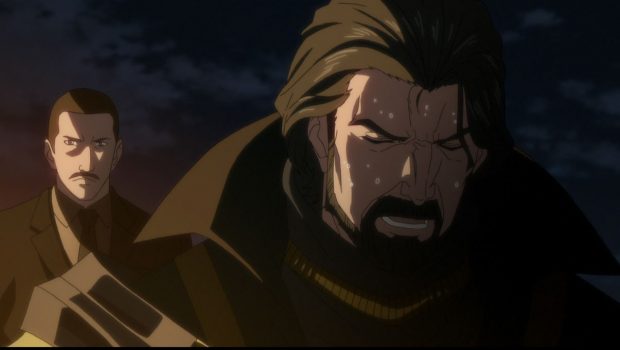 SYDNEY, 20TH September 2016 – During Tokyo Game Show this weekend,  Square Enix Ltd., revealed the final episode of BROTHERHOOD FINAL FANTASY XV™ detailing the events that set the stage for young Noctis, his family and his friends. The episode also features an epic battle that Noctis takes on ten years later against the massive snake-like monster, Marilith.

The BROTHERHOOD FINAL FANTASY XV anime series delves into the extraordinary friendships between Crown Prince Noctis and his three comrades, and provides the backdrop to the adventure players will set out upon in the FINAL FANTASY® XV game. The final episode, “The Warmth of Light” can be viewed on YouTube: https://youtu.be/sPXhQqkg5UA

All five episodes are now available to watch for free via the FINAL FANTASY XV YouTube Channel.

During the show, SQUARE ENIX also announced KING’S KNIGHT -Wrath of the Dark Dragon-, a new action RPG mobile game from the FINAL FANTASY XV Universe for iOS and Android devices. Within FINAL FANTASY XV, Noctis and his friends can often be found playing this title during their downtime.

The title is a nod to one of SQUARE ENIX’s earliest games, King’s Knight, which predates the FINAL FANTASY series. Originally launched 30 years ago, King’s Knight was a scrolling shooting game for the Nintendo Entertainment System that was developed by Hironobu Sakaguchi and Nobuo Uematsu.

King’s Knight -Wrath of the Dark Dragon- features a completely new story and world with an exciting multiplayer mode for up to four players. The free to play title is planned for release on the Appstore and Google Play Store later this year. Fans can view the announcement trailer on YouTube https://youtu.be/fEEaWDS4Q24 and pre-register through the official site: http://www.finalfantasyxv.com/kingsknight.

FINAL FANTASY XV will be available on the 29th November for the Xbox One and PlayStation®4 system. For more information on FINAL FANTASY XV, visit: http://www.finalfantasyxv.com/. To watch the official TGS trailer, visit: https://youtu.be/cAufFE2FPZw.