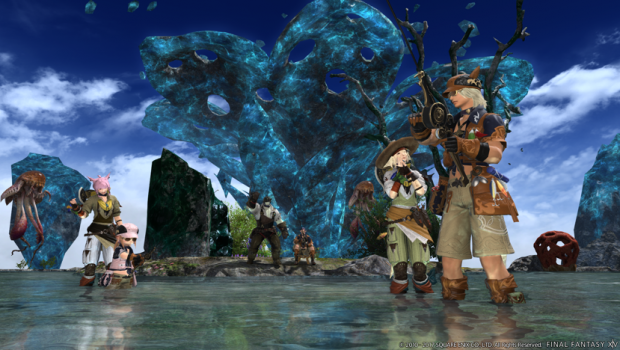 Patch 3.55b is now live and brings a host of additions and refinements to the realm, including newly redesigned exploratory missions in the Diadem.

Exploratory Missions to the Diadem

As airship technology spread throughout Eorzea, pioneers took to the skies to challenge a new frontier. There they came upon a breathtaking sight: a chain of pristine isles clustered about a massive floating crystal ─ no less a diadem fit for gods. These isles promise untold wealth and danger, and to lay claim to one you must brave the other. But ware those who would aid House Haillenarte in its explorations, for recent storm winds have littered the Diadem with artefacts of ancient origin. With these unstable relics twisting the aether and corrupting the wildlife, you can only guess at what new terrors now lurk in the darkness…