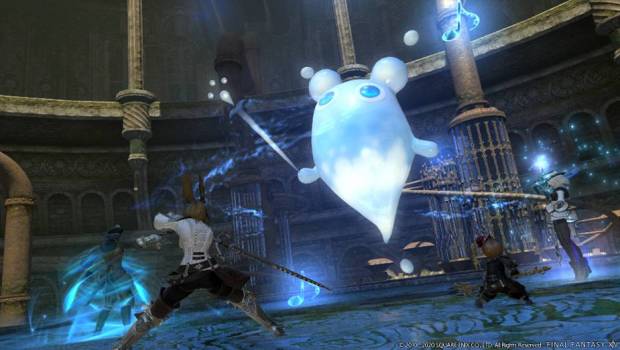 SQUARE ENIX® today begins a brand new chapter in FINAL FANTASY® XIV Online with the release of Patch 5.4.  The update, titled Futures Rewritten, arrives with a wealth of new content, including new Main Scenario quests that see the Scions make their long-awaited return to the Source. But in the new future they now look towards, will that which is written upon the pages of history be an anthem of hope or a dirge of despair?

The full Patch 5.4 trailer can be viewed here: https://youtu.be/Y-n0azhlE1kFurther details on Patch 5.4 content are outlined below:

Additional details may be found at the official Patch 5.4 site: https://eu.finalfantasyxiv.com/shadowbringers/patch_5_4/

During the Letter from the Producer LIVE on 27th November, Producer and Director Naoki Yoshida announced a special global livestream event, the “FINAL FANTASY XIV Announcement Showcase.” The event is scheduled to take place on 6th February, 2021 and will feature the latest information and announcements for the title. Details on when and where to view the stream will be available at a later date.

With so much new content coming to FINAL FANTASY XIV Online, there’s never been a better time to try the ground-breaking MMORPG. The game’s free trial has been expanded to include content up to the end of the Heavensward expansion, where players can create up to eight playable characters and experience the different playable races, classes, and jobs with no restrictions on playtime. New adventurers who wish to experience the free trial may register here: https://sqex.to/FFXIVFreeTrial.