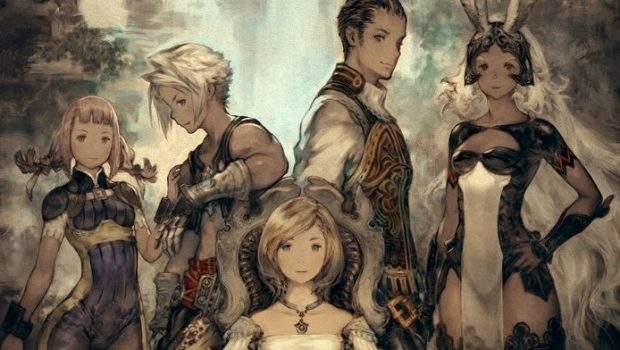 Summary: A fantastic game at a not so fantastic price. Final Fantasy XII The Zodiac Age remains essential, but maybe wait a bit first.

This is an interesting review to write because I have already done it. Two years ago I reviewed Final Fantasy XII: The Zodiac Age for the PS4 on this very site and was effusive with praise. The HD remaster looked fantastic. The ability to speed up the game was brilliantly incorporated. The new job system added a new layer of depth to combat and combat preparation. The updated soundtrack was even more grand and rousing than before. All of my points still stand. However, if you have to get one version of Final Fantasy XII: The Zodiac Age it should be for the Nintendo Switch. 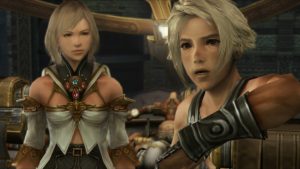 Before diving in to the benefits of the Switch version, some background. Final Fantasy XII was critically adored yet never quite caught on with the fan base in its first go around on the Playstation 2. To this day it is one of the more divisive entries of the franchise. Critics of the game attacked the MMORPG like combat, the story, the lack of memorable characters and the Gambit system. These critics are all wrong. 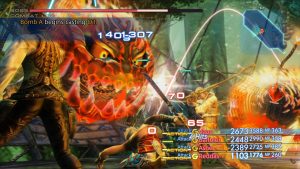 The combat is one of the best designed parts of the game. It brought Final Fantasy combat into the future without making it a hack and slash affair. The addition of the Gambit system is a major part of this. Gambits are a series of AI commands that are earned or purchased during the game. Gambits are endlessly customisable and can be used to exploit weakness, heal or buff your characters. For example, a gambit can be set up so that every time your HP falls below 50% your character casts cure. Simple stuff, but gets very deep as you progress through the game. You can’t just sit back and watch the game play itself. You need to always monitor gambits so that you aren’t wiped out. 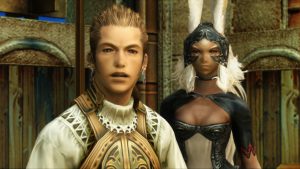 The story is unlike previous mainline Final Fantasy games. For the most part the wild anime-esque twists and turns are put aside for a more grounded affair (at least until the crazy third act). The bulk of the action focuses on the political machinations of two warring nations and how it affects the people caught in between. It’s helped along by an extremely competent localisation that is full of rich lore, detail and humour. It is also wonderfully acted, showing just how far voiceover would come in between numbered Final Fantasy entries.

The characters are also some of the most memorable the series has produced. Sure Vaan seems underdeveloped for the main character but the supporting cast more than makes up for it. Even the biggest detractors of the game will admit that Balthier is hugely entertaining. He’s suave, charismatic, dangerous and weaved into the main fabric of the story beautifully. The main antagonist Vayne Solidor Is certainly not as flashy as Sephrioth or Kuja, but his tale of a politician obsessed with power is well told. 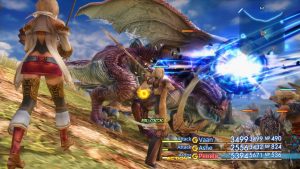 So what makes the Switch version so definitive? For starters there’s the portability. This has been mentioned in every Switch Final Fantasy review but these games are perfect for playing on the go. For those new to the series it’s probably best to chuck it up on the TV, but for stalwarts a quick grinding session can be done at the pub, public transport or in bed. This suits Final Fantasy XII: The Zodiac age more than any. A considerable amount of time will be spent ignoring the story to go on hunts, farm loot and level grind. Random battles of the past are gone, replaced by wide open plains with free roaming enemies. These can now be enjoyed in quick bursts

Speaking of quickness, the ability to speed the game is incredibly well utilised. The world of Ivalice is huge. The ability to traverse it at 2x or 4x speed with a simple button tap is a god send. As the environments are far more expansive, the added speed just makes more sense. Loot farming has never been more pleasant. 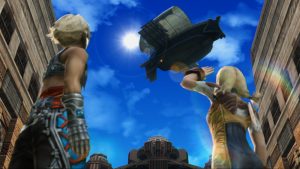 New to the Switch version is the ability to switch jobs. The original release of The Zodiac Age let you choose a starting job, then later on in the game let you choose a secondary job. Once selected you were stuck with them. The Switch provides the ability to reset your job. This greatly improves the customisation while still meaning each character has a unique set of skills. It also means if you messed up your job selections you don’t have to spend a significant chunk of the game hating your character setup.

The other big feature that makes things more enjoyable is that each character has three gambit sets. This means that if you have a successful gambit configuration, but one battle just isn’t working with it, you don’t have to change everything and change it back after. You can experiment with multiple configurations without having to keep a record of your old set ups. It’s another non flashy feature that really aids the flow of the game.

Final Fantasy XII The Zodiac Age is great. It was great in 2017 on the PS4. It’s greater now on the Switch. It looks amazing and the frame rate is consistent in the dock and in handheld. The price point is an issue. A port of a game more than a decade old should not cost the same as a full price Triple A new release title. There are indie games on the Nintendo Shop that are amazing for only a fraction of the price. Hell the original PS4 version of the Zodiac Age can be found in most stores of $25 and it is ostensibly the same game. If you can find a copy on sale, it is an essential title to add to your Switch library.