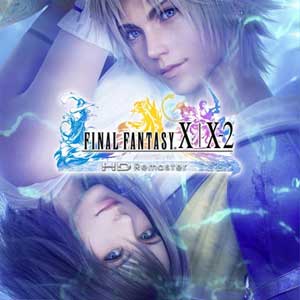 Summary: Not quite the definitive version it should be, but still very much worth your time.

The Final Fantasy remaster release calendar continues at a blistering pace. Hot off the heels of the PS1 era (except for VIII… sob), Square Enix is releasing their remastered package of X and X-2 for the Nintendo Switch. It contains a slightly upgraded version of the original PS3 remaster (which I reviewed for this very website a long time ago) and is mostly unchanged. That is a good and a bad thing.

Let’s talk about the quibbles. The Remaster first appeared on consoles almost six years ago. In my review back then I mentioned the fact you could not skip cut scenes was rather annoying. Now it is downright inexcusable. Some of the cut scenes or dialogue driven scenes are long. Some are very long. One in particular, is very long and then forces you in to a boss battle that many players will find very difficult. Failure to beat this boss means returning to the last save and watching it again and again. Most first timers to the series will want to experience the rich story. People who have owned every iteration across multiple console generations may wish to skip parts. The fact that there isn’t even an option is confounding. 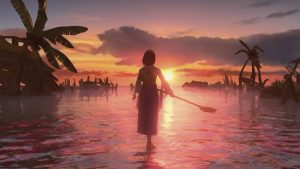 The second major complaint is also a baffling one. There are no quality of life features like double speed or stat maxing. Many won’t particularly care about the stat maxing (this writer included) but omitting a speed up feature seems like a missed opportunity. Final Fantasy X has a lot of side quests and end game content that would be significantly improved by this feature. Stat maxing in this game involves hours dedicated to grinding and it can turn exhausting. The fact that a speed up feature has been included with every other Final Fantasy port makes it sting that much more.

The minor complaints are those that have been with the game since release. The fixed camera can sometimes be confounding, but most of the time it is easily dealt with. The mini games, specifically the ones revolving around ultimate weapons are still some of the most infuriating aspects of any Final Fantasy. None of them are compulsory however. Final Fantasy X-2 is going to contain a lot of moments where people who walk in on you playing will have a lot of questions. Those people have not experienced the joys of Final Fantasy X-2 and cannot be helped. 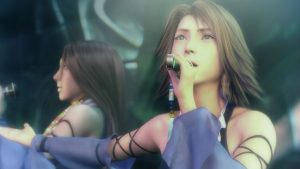 The fresh coat of HD paint still looks great. It’s hard to believe that this is an 18-year-old game. Some parts of the remaster are less effective. All jewelry looks like it’s painted on the characters. Hair is weirdly static. Occasional glitches will appear, a lot of hands going through solid objects for example. Unimportant NPC’s look weirdly flat faced and devoid of life. But for the most part both games are rich in detail. Both games have highly distinctive art styles that are very easy to appreciate.

The re-arranged soundtrack is also a great inclusion. Purists may balk at the remastering of some fan favourites, but the original soundtrack is also included here. It can also be switched at any time, for those wanting to compare and contrast. 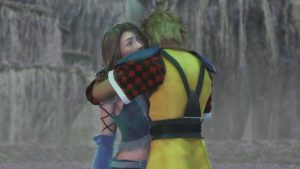 So obviously I am a huge fan of the games themselves. Final Fantasy X is still awe inspiring. These days it is much easier to spot how linear it is but it does a tremendous job of masking it. The Conditional Turn Based battle system leads to some very tactical battles. Turns must be considered, and it makes states like agility and evasion seem much more important. The Sphere Grid is a novel way of levelling and can be as shallow or deep as you want it to be. 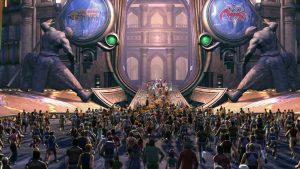 Final Fantasy X-2 is just fun. Some people find themselves unable to get on board with it right off the bat. Those who look past the inherent silliness and the waifu-esque designs will find a completely different experience to X. The combat is a throwback to the ATB system, but has been noticeably sped up. It almost feels as if it’s in real time. The dresspheres sound silly, but are actually a highly customizable job system for the three main characters. It’s a goofy game, but it knows it is and wears that on its sleeve. 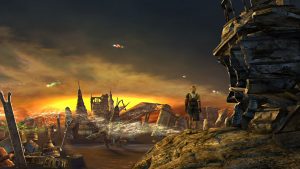 The extra content ranges from inessential to inexcusable. Eternal Calm is a short cut scene that is a taste of what is to come in FfX-2. Last Mission is a little bit of fun, but nothing special. Will is just awful. An audio only continuation of the story with new characters who are awfully obnoxious, and a hatchet job on previously beloved characters. If Will was designed as a proof of concept for what a Final Fantasy X-3 might look like, hopefully Square Enix never gets around to it. 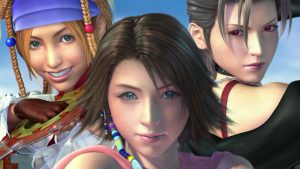 Overall it’s a very solid packaged. Both games are fantastic in their own way and still hold up. The feature upgrades available in Final Fantasy VII and Final Fantasy IX are nowhere to be found when they would have been most welcome. Considering the upcoming Final Fantasy XII remaster also contains these features makes this package stand out all the more. It is also a steep price point. Final Fantasy X/X-2 HD Remaster may include two full games, but charging $80 seems a little ridiculous. Despite this it still comes highly recommended. Maybe just wait for a sale first.