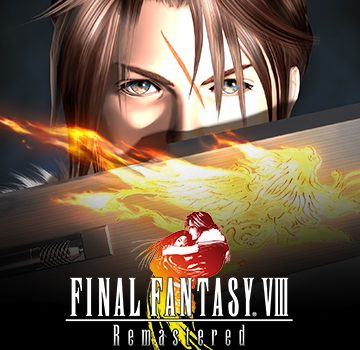 Summary: One of the most underrated games in the Final Fantasy series gets the remaster treatment.

A small corner has been clamouring for it for ages. “Where’s Final Fantasy VIII?” the small corner whispered.  Rumours swirled over its lack of appearance. All the other classic Final Fantasy games have been given multiple re-releases. Was there an issue with licensing the music? Had Square Enix really lost all the source code, condemning it to history forever? Or was Square Enix embarrassed by it? Upon release Final Fantasy VIII was met with near universal acclaim and astonishing sales figures. But as time passed it came to be regarded as the black sheep and has often been labelled one of the worst games in the franchise. Then E3 happened, and Final Fantasy VIII Remaster was announced. A chance at redemption. Or at the very least, a chance to fix the “best looking guy” meme. 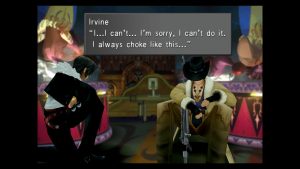 Before we dive too far in to this review, I am an unabashed Final Fantasy VIII fan. An apologist, even. I could rant and rave for hours about why I think the game is so good, and why I think its detractors are incorrect. I’ll try keep that to a minimum, as this is a review, not a little seen YouTube page. However, the game is so good and its detractors are incorrect.

Final Fantasy centres around Squall Leonhart, a student at Balamb Garden. Balamb Garden is something of a mercenary school, training children to grow in to warriors that resolve conflict across the world. Squall is gradually drawn in to a larger conflict with the Galbadian armed forces and a powerful sorceress bent on destroying the world. He also finds himself drawn to Rinoa, a free-spirited resistance fighter who gets caught up in the Sorceresses plans. 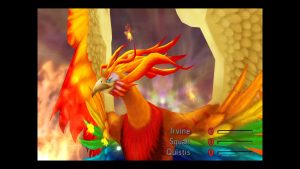 Squall is a divisive lead character. He’s moody, he’s sullen, he doesn’t communicate his real thoughts. In short, he’s a teenage boy. Many find Squall an annoying protagonist, yet the narrative does a good job explaining why Squall is the way he is. Over time he even finds himself opening up and being less of a brat. Sticking with him provides true character growth, albeit on a smaller scale than usual Final Fantasy games.

The story itself starts in a fairly grounded manner, before going very big and very Final Fantasy. There are twists galore, some more notorious than others. While they don’t always work, the ambition and overall execution is admirable. Final Fantasy VIII contains some of the series most memorable set pieces. The train heist, the assignation attempt on Sorceress Edea, the battle of the Gardens and going to space are all classic moments that deserve recognition. Hell, you get to fly your own school as one of the major modes of transport. That’s just cool.

Gameplay wise Final Fantasy VIII has often got a bad rap due to its infamous junction system. Instead of previous magic systems that use MP, Final Fantasy VIII uses magic in stock numbers. Magic is drawn from enemies in battle or found at draw points and can then be used junctioned to your stats for boosts. For example, by junctioning magic like Curaga to your HP stat you will receive a considerable HP increase. 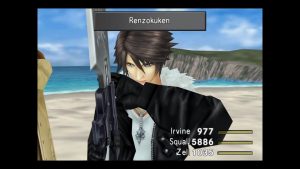 Many take issue with the fact that this system means you have to waste valuable hours of game time stuck in boring battles to draw enough magic to stockpile a decent arsenal. That is a good argument, but is also untrue. Final Fantasy VIII provides many ways of obtaining magic. Many of them take only a few seconds. The game doesn’t necessarily spell this out for you, which may be frustrating. But any person who has played Final Fantasy VIII will tell you that you probably only need to draw a handful of times in the entire game.

The other criticism that gets levelled at Final Fantasy VIII is that the junction system is confusing. It can be daunting at first, it’s a whole new system unlike anything seen in a Final Fantasy game before. However once you take the time to understand junctioning, it is very simple and very effective. In fact, Final Fantasy VIII might be the easiest game to break in the entire series. With a little know how the characters can become insanely overpowered only a few hours in. Finding newer faster ways to do this is one of the many joys of the game. 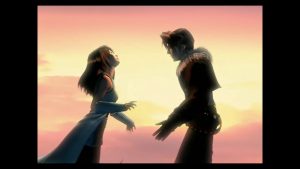 The issue with junctioning seems similar to the issues many have with Final Fantasy VIII as a finished product. It takes big swings, introduces concepts never seen in a Final Fantasy before and abolishes several well-regarded series mainstays. Some work better than others. What can’t be argued is that there is a huge game in here, with an intricate stat and combat system and a world that feels alive and unlike anything in the series.

The remaster also happens to look great. All characters have been fully remodelled and upgraded, so they do not look like a mess of pixels close up. The rest of the game remains the same. So the gorgeously detailed backgrounds of the PS1 era remain, and while the art style still looks great it does look a little grainy now. It’s not the full-service remaster that Final Fantasy X received, but it is the best looking way to play the game now. 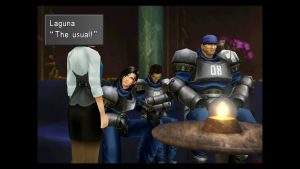 The addition of 3x speed, no random encounters and battle boosters is also a great option that should be mandatory for all Switch RPG re-releases (looking at you Grandia). 3x speed is especially invaluable for the early days of farming AP so you can learn abilities to make the characters death proof. 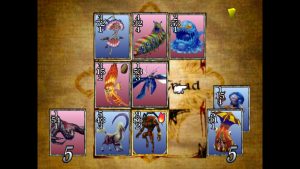 There is so much to admire with Final Fantasy VIII. It was a game completely unafraid to take chances and that turned more than a few people off. But those who stick with it are rewarded with a wonderfully quirky game. It has a whole card game that will take up hours of your time. For those that already love it, this will be an easy sell. For those that wrote it off initially, or felt like it was a betrayal of the series roots, give it another go. The new features may help introduce a classic game to a whole new audience.