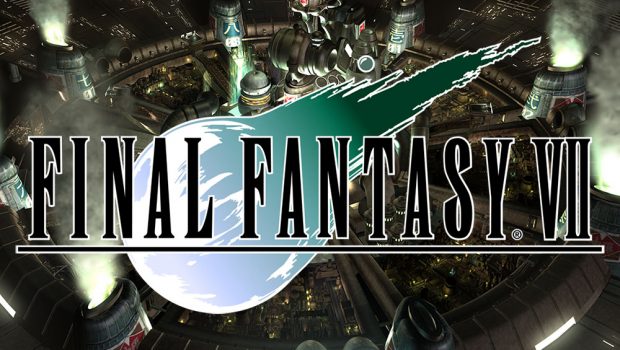 Summary: One of the defining games of the 90s is ported to the Switch with a few bells and whistles. Essential playing for newcomers and veterans.

20 years ago, the idea of Final Fantasy VII appearing on a Nintendo console would have been shocking. A defection over cartridge space led to Squaresoft releasing one of the most successful games of all time on the young upstart Sony Playstation . Final Fantasy VII was a smash-hit and Sony was determined to show Nintendo just what they had lost. The console wars were in full swing and they were brutal. Seriously, look up some of the old Final Fantasy VII ads to see some brutal low blows directed at the N64. Thankfully things have calmed down since then, and now the Nintendo Switch might hold the definitive edition of one of the best RPG’s ever made. At least until that pesky remake shows up some time in 2034. 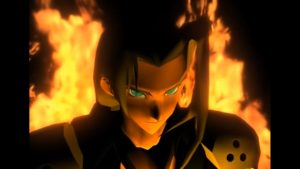 At this point, what else is there to write about Final Fantasy VII? It’s considered by many to not only be a defining release of its genre, but also one of the finest video games released ever. It has one of the most famous and most spoiled plot points of all time. The characters and design were iconic. More than any game before it, FF7 introduced JRPG’s to a worldwide audience, and it made them cool. It still holds up too, despite its shortcomings as both a 22-year-old game and a flawed masterpiece. 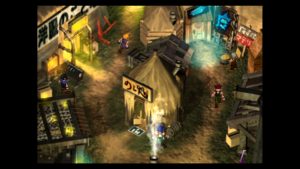 The part that holds up the least these days are the much-vaunted graphics. Final Fantasy VII is without doubt, the ugliest Final Fantasy game available right now. Following games in the series learned how to make it’s 3d characters and environments work, while its predecessors pixel art still retains its charm. This instalment is kind of a mess. Characters on the field are blocky and ill defined. Battle scenes feature more defined characters with very drab background work. The celebrated cutscenes from 1997 now just serve as a reminder of how far technology has come. The summon animations that were once celebrated are now a chore to sit through. The pre-rendered environments hold up best, they are beautiful pieces of artwork that are unfortunately short-changed by low-res renderings. In fact, the way that Final Fantasy VII looks might be its biggest hindrance to new players. 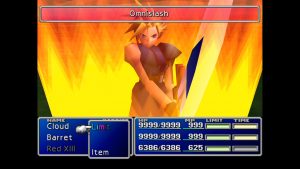 It’s a good thing then, that the core gameplay is so damn good. Some things may irk the modern player. The random encounter rate is high (Thankfully the Swith port negates this some, with the ability to fast forward the game and increase your battle power) and some of the minigames are borderline unplayable but the game itself is remarkably solid. The combat system is deep and satisfying. The world itself is full of secrets that encourage exploration. The skill progression, here represented by the materia system is highly customisable and encourages risk taking and further learning. It was all fairly revolutionary stuff for its time. 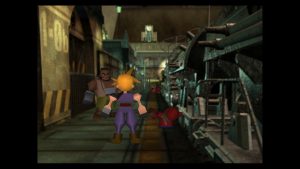 Ask anyone that played Final Fantasy VII in the 90s, and many will tell you of how shocked they were when they finally left Midgar and realised it was a blip in a gigantic world map. Playing through it all these years later still inspires that awe. This is because the introduction to the game is a masterclass in slowly revealing the games world and mechanics. 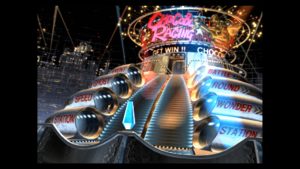 The plot of Final Fantasy VII is much celebrated and is still very enjoyable even though the localisation is famously patchy. Cloud Strife is an ex-military man joining eco-terrorist group AVALANCHE on a battle to save the planet from the resource sucking company Shinra. What happens after that is an epic tale involving identity, betrayal and the fate of the world. These days many people recognise Cloud for his gigantic sword and his sullen demeanour but playing through FF7 shows that his character is much deeper than that. Sure, there are typical moments of JRPG melodrama but there are also moments of levity throughout in addition to moments of pure insanity. This applies to the plot as a whole as well. There are so many glorious moments throughout that no plot summary could hope to contain . 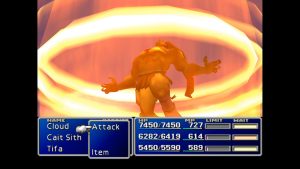 Final Fantasy VII was worthy of every bit of praise it received in 1997 and still is now. Once again, the Switch’s portability makes it even more appealing to pick up and play. The added features take the edge off some of the more frustrating moments. Forget the graphics and choose to get lost in one of the deepest worlds in gaming history. You won’t regret it.