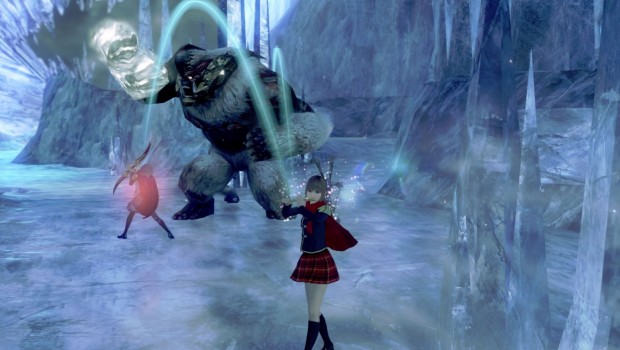 FINAL FANTASY TYPE-0 HD features classic elements you’d expect to see in many of the great FINAL FANTASY games – from meeting moogles, collecting crystals and exploring the game world on chocobos, to a surprise shooting section in an airship – all of which feature in today’s trailer. Famous and formidable foes that feature in the game and can be seen in the trailer include; Behemoth, Gilgamesh, Flan, Iron Giant, Cactuar, Marlborro and Bomb, and Eidolons include Odin, Shiva, Ifrit, Golem and Bahamut. Of course, it wouldn’t be a FINAL FANTASY without an appearance from Cid, and he plays a surprising role in FINAL FANTASY TYPE-0 HD.

FINAL FANTASY TYPE-0 HD will be released across Australia & New Zealand on 19th March 2015 and will feature an exclusive demo of the highly anticipated FINAL FANTASY  XV game titled FINAL FANTASY XV -EPISODE DUSCAE-. The demo will be playable on day of launch, and will be available only while stocks last.