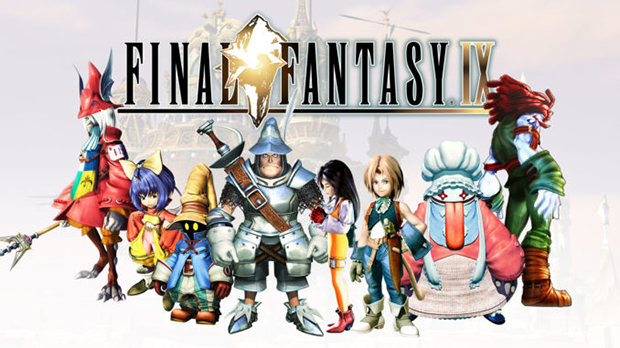 Summary: Final Fantasy IX is a fantastic game with an average port. The price is steep for a 20 year old game with no major upgrades. But once you start playing you won't be able to put it down.

For a JRPG fanatic, it couldn’t be a better time to own a Nintendo Switch. Not since the Playstation Vita (RIP) has there been a machine with as much access to classic games while also pumping out a few gems of its own. Square Enix has noticed this and is bringing almost all of the Playstation and Playstation 2 era Final Fantasy games to Nintendo’s portable console. This gives fans and newbies alike a whole new way to experience a series that was on an undeniable hot streak in the late 90s to mid 2000s. 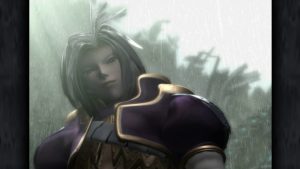 Final Fantasy IX is an incredible game. As the swansong for the 32-bit era, Square Enix chucked everything they had into making it a celebration of all that had come before. It is chock full of detail regarding the franchises rich history. Town names, characters, even musical cues all call back to the Final Fantasy titles of yore. In addition to this there is also a ton of in jokes sprinkled throughout the game that will cause long term fans to smile from ear to ear. It is also so much more than that. There is a deeply moving story, optimistic yet layered characters and a layered ability and levelling system. 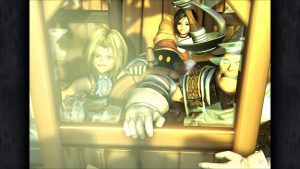 The tale begins in the Kingdom of Alexandria, as the entire kingdom gathers to watch theatre troupe Tantalus put on a production of famous play ‘I Want to be Your Canary’. Tantalus however, have other ideas. They are secretly there to kidnap the princess of Alexandria, Garnet amid concerns that Queen Brahne of Alexandria has been acting increasingly erratic. What follows is a globe spanning adventure that heavily explores the themes of self-discovery and mortality. The story takes many twists and turns and is equal parts hilarious and heartbreaking. If you can make it to the end without a tear in your eye, then your heart is as petrified as the Evil Forest. 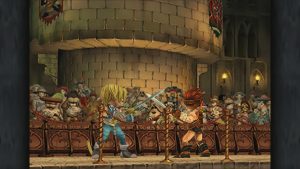 The excellent story is bolstered by a memorable cast. The trope of a stoic, moody main JRPG character is kicked to the curb here. Zidane is a dashing, charming rogue who never fails to remain upbeat about the situations he is in. He is certainly a refreshing change of pace and carries the leading man role well. However, the real main character is the young black mage Vivi as he joins the group to find out who he is and where he came from. Vivi’s journey is at times painfully sad, but his unflinching optimism makes his arc one of the most inspiring tales told in a Final Fantasy ever. The rest of the cast are almost all fantastic (Amarant is sadly underused and pretty much falls by the wayside) who all get a few moments to shine. The characterization and story are aided by a top notch localization. Final Fantasy has jokes and comedic moments that actually manage to elicit laughter from the script, not awful translation errors.

It mostly plays like a joy as well. There is a lot of stuff to do in Final Fantasy IX. A lot. There is a sidequest involving Chocobos that will shave hours off your life. Like a lot of long Final Fantasy sidequests, your reactions will veer wildly between cheers of joy and torrents of profanity. Hell there’s even an insane quest where you must play through the game in under a certain amount of hours. There are even whole locations that can be missed in a story only playthrough, so definitely take time to explore the world and all the details. 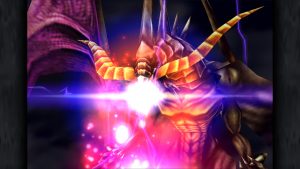 The ability learning system works very well. Each item you equip will have certain abilities attached to them and you will gradually learn them through battles. This means mindlessly selecting ‘optimize equipment’ is not a recommended way to lay the game. Final Fantasy IX begs the player to pay attention through all levels of the game.

So it’s a bit of a shame that the port is kind of… average. This version of Final Fantasy IX is a port of the mobile edition and that is honestly kind of lazy considering what Square Enix have done with Final Fantasy XII: The Zodiac Age. The graphics have been given a little upgrade on the character models, but this creates an odd juxtaposition where the characters look defined versus blurry backgrounds. The “upgrade” continues to the fonts and menus which now look clearer but also much more sterile. The battle menu has definitely been optimized for touch screen phones and it does not fit as well on consoles. It’s not the hatchet job that happened to Final Fantasy VI but it doesn’t look fantastic.

The port also adds some gameplay boosts. Encounters can be turned off, characters can all deal 9999 damage and can max out their levels and abilities. If it is your first time playing Final Fantasy IX I highly recommend you don’t use them, as you will miss out on the fun and challenge of discovering the world. For players with multiple runs under their belts, these boosters allow you to enjoy the story unencumbered by random encounter rates or grinding. These are also implemented rather haphazardly. Some of these features are accessed by using the pause menu, and others are in the config menu. Some of them also don’t seem to hold over when loading a saved game. They are minor annoyances but there is no reason for them to be here, especially when the rest of the game is so intricately designed. 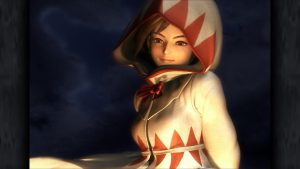 The Nintendo Switch port is not the best way to play Final Fantasy IX but that does not mean it should be ignored.  At $31.95 it’s certainly a bit steep, considering you can buy it on the PSN Store for a fraction of the price. The price point makes it harder to recommend but it’s such a fantastic game that I find myself unable to denounce it. Take the hit and fall in love with the world for the first time or all over again.