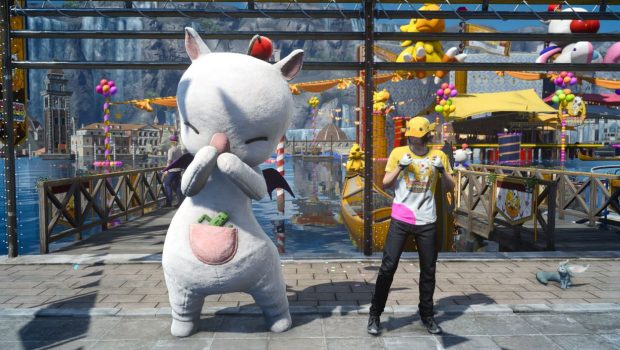 Scheduled to run until 20th February, the Moogle Chocobo Carnival brings a selection of fun carnival games, new side-quests, new outfits for Noctis as well as a spectacular fireworks show and many more festive treats!

All players will have access to the carnival by downloading the recently released Holiday Pack (Free Version). Season Pass owners and those who have the premium Holiday Pack + will also receive even more in-game content, including a festive carnival-themed, mariachi-inspired ensemble, for the main character Noctis to wear both inside and outside of the carnival in exchange for medallions won during the event.

Avatar (Xbox One only)