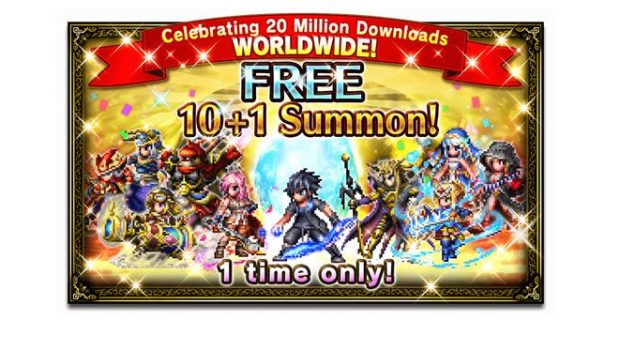 Since the game’s launch, FINAL FANTASY BRAVE EXVIUS has been downloaded by more than 20 million players around the world. To commemorate this milestone, all players will have the chance to recruit rare characters by partaking in a free 11-summon draw – the largest reward ever given to players in the game’s history.

The version 2.0 update features a number of updates and changes that bring new content and enhance gameplay and accessibility:

This title is developed as a collaboration between SQUARE ENIX® and gumi Inc. (developer of the hit title Brave Frontier). The game is available in six languages: English, German, French, Spanish, Chinese (traditional) and Korean.