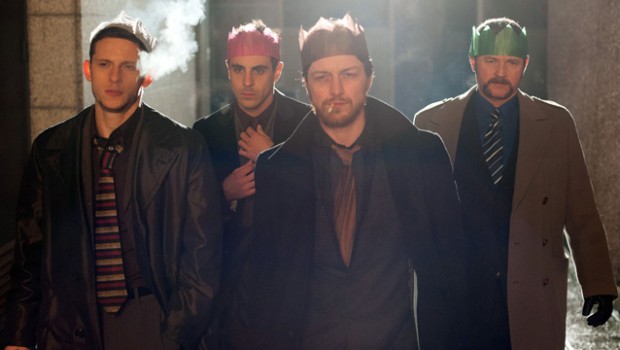 Summary: Filth is a great journey into a deranged and violent mind. Yet it is not a film for the squeamish or easily offended.

Bruce Robertson (James McAvoy) is a deeply troubled Scottish detective. While up for promotion he battles against his own demons and anyone else in his way. Based on the book by Irvin Welsh (the author of Trainspotting), Filth is story ripe for a film adaptation. McAvoy attacks the main role with a layered severity.

His performance is the centerpiece that holds the film together. His performance shifts emotional gears when required, which personalises a character that is quite unlikeable. The actor relishes the snarling dialogue and drives home the characters emotional side in style. He continues to grow as an actor and his role in Filth is no exception.

With certain important character points not truly revealed until the end it, it is McAvoys performance that helps this film stay on track. While the acting overall is quite good in Filth (most notably Eddie Marsen and Shirley Henderson who turn in beautifully comic performances as usual), some core cast members seem too young to be playing detectives.

Jamie Bell and Imogen Poots do a commendable job yet seem unbelievable as law enforcement professionals. Looking like models for a fashion company more than detectives, it is distracting from the character work that would have been better suited to other actors. 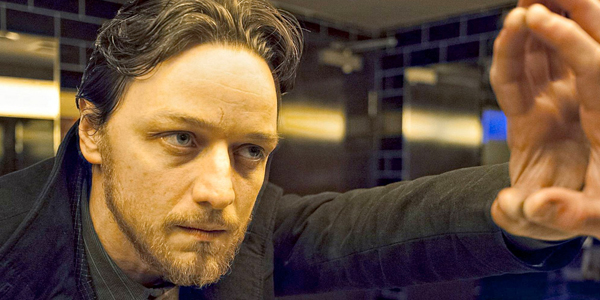 The direction by Jon S Baird is tight and doesn’t let the story lag too much at any point. Staying mostly clear of the crime flick editing clichés and keeping a fine eye on the running time keeps the films viewing experience under control. Filth’s main downfall is the nature of its main protagonist Bruce Robertson. He is generally unlikeable and mean to all he encounters. McAvoy does his best round out these flaws in a human way, but there is very little room in the script for the audience to care for this character.

With a main role like this, and one that is mainly devoid of charm, it will deter many viewers in a wider audience. With good direction and performances Filth is a great journey into a deranged and violent mind. Yet it is not a film for the squeamish or easily offended. While the film has some pacing issues, the great finish and a firecracker performance by McAvoy are two reasons to watch this film. 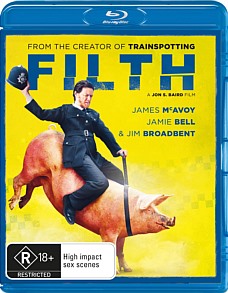