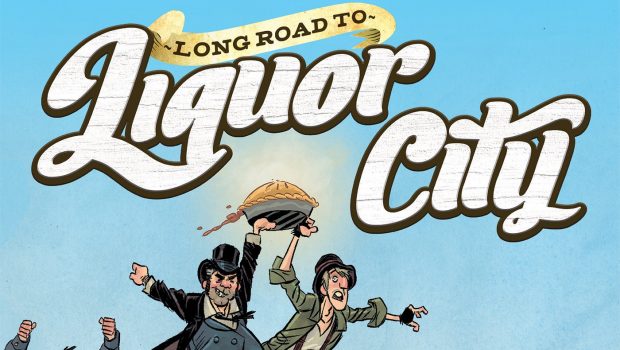 Jumping trains and throwing pies! The oogles have nothing on Oni Press’s new original graphic novel, Long Road to Liquor City. Written by Macon Blair, Gotham Independent Film Award Breakthrough Actor nominee and director of the Portland-based film, I Don’t Feel at Home in This World Anymore, with art by Eisner-nominated author and illustrator of Science Comics, Joe Flood, comes a Great Depression-era adventure comedy about love, friendship, and the pursuit of happiness.

As jaunty hobos Jed and Thanny crisscross the country in search of the fabled Liquor City, they are pursued relentlessly by fearsome rail yard sergeant Ronan O’Feathers, who wrongly blames them for his wife’s death. With the the law on their tails and a succession of colorful characters along the way, the only constant is the absurdity and mayhem they leave in their wake on the Long Road to Liquor City.

“Long Road to Liquor City has been a passion project of ours for ten years, with Joe and I chipping away at it bit by bit in between our day jobs,” said Macon Blair. “Hard to believe it’s actually coming out! It began as a ‘hobo comedy adventure,’ but with time I’ve come to see it as a love story. All our train-hopping heroes have in the world is each other, no amount of moonshine or hot dogs can change that, but being road partners is hard stuff and the fun of this book is putting their relationship to the test in increasingly dangerous ways. We always wanted to balance the laughs with heart.”

“Creating the art for Long Road to Liquor City was a metaphorical road that stretches across most of my career to this point,” said Joe Flood. “Macon handed me the script shortly after finishing our first graphic novel project together and I might have bitten off more than I could chew, but the persistence of both myself, Macon, and our editor resulted in a book that I’m not only proud of, but I find is an excellent cross-section of my growth as a comic artist.” 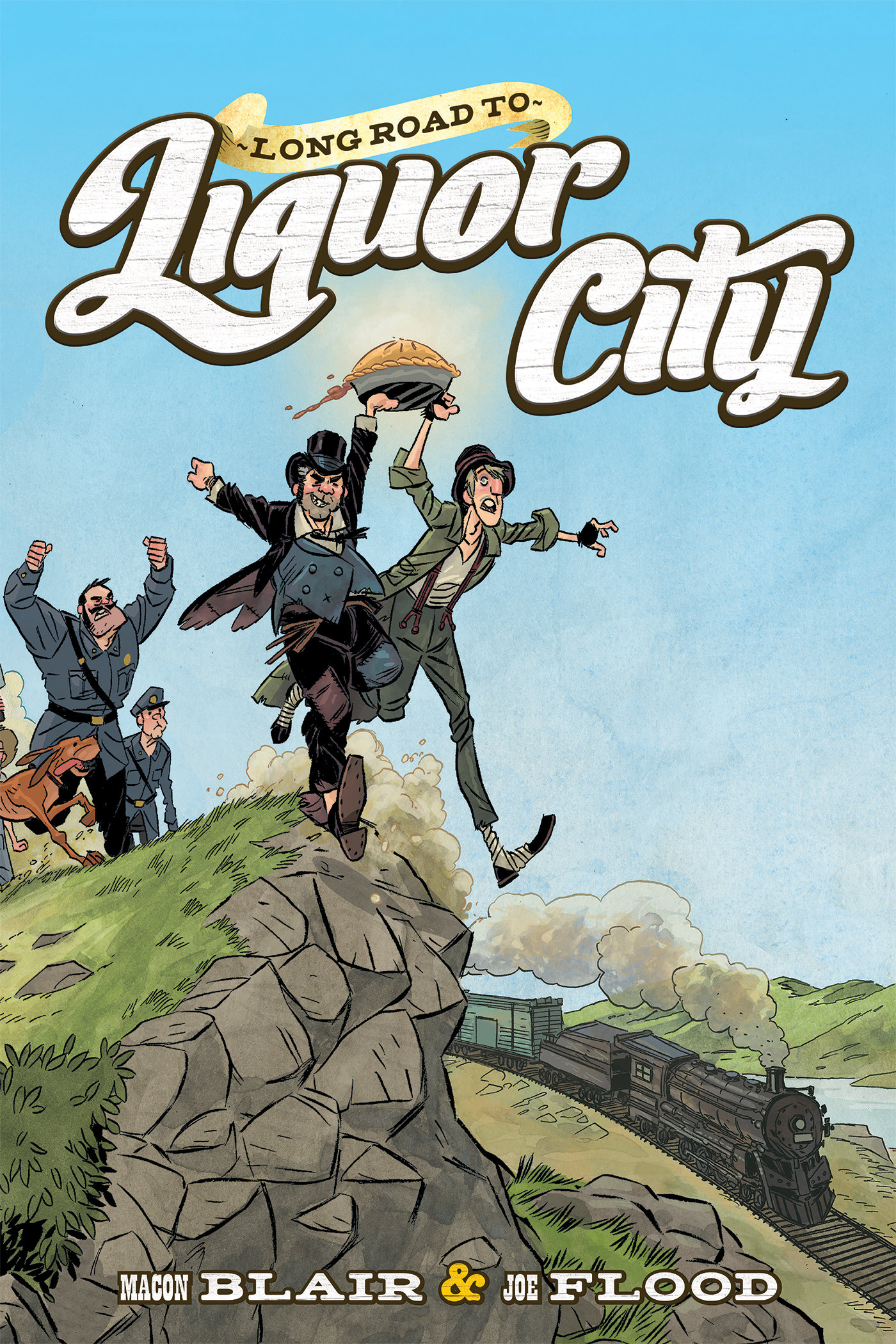