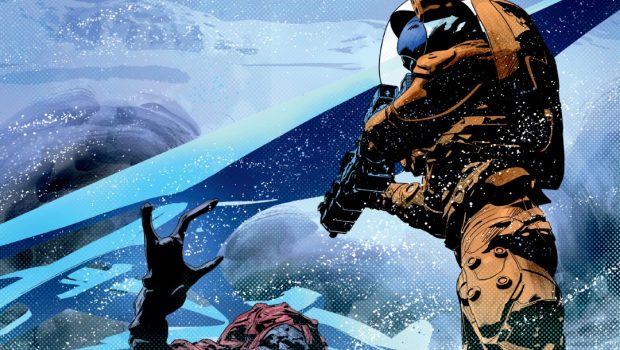 From Academy Award-winner and Director, John Bruno—the visual effects mastermind behind Avatar, Terminator 2, and The Abyss—comes his first graphic novel, Navigator! Based on an original story by Bruno, Steve Burg and Ron Thornton, with Screenplay by John Bruno and William Wisher (Terminator 2, Producer Die Hard 4). Illustrating this epic space adventure is Jordi Armengol who, with his atmospheric work, helps bring the cosmos to life.

An alien navigator, captured in battle on Jupiter’s fourth moon, Europa, seeks sanctuary. In return, the alien will provide his advanced technology to help defend humankind from the alien force that enslaved him and has come to destroy us. In this backdrop is a story of love and reconciliation between a young Marine officer—placed in command of Earth’s forces—his estranged wife, and Amy, the daughter he’s never met.

Featuring 96 pages, The Navigator hardcover will be available at comic stores January 18, 2023 and in bookstores January 31, 2023. It is available for pre-order on Amazon, Barnes & Noble, and at your local comic shop and bookstore. Navigator will retail for $24.99. 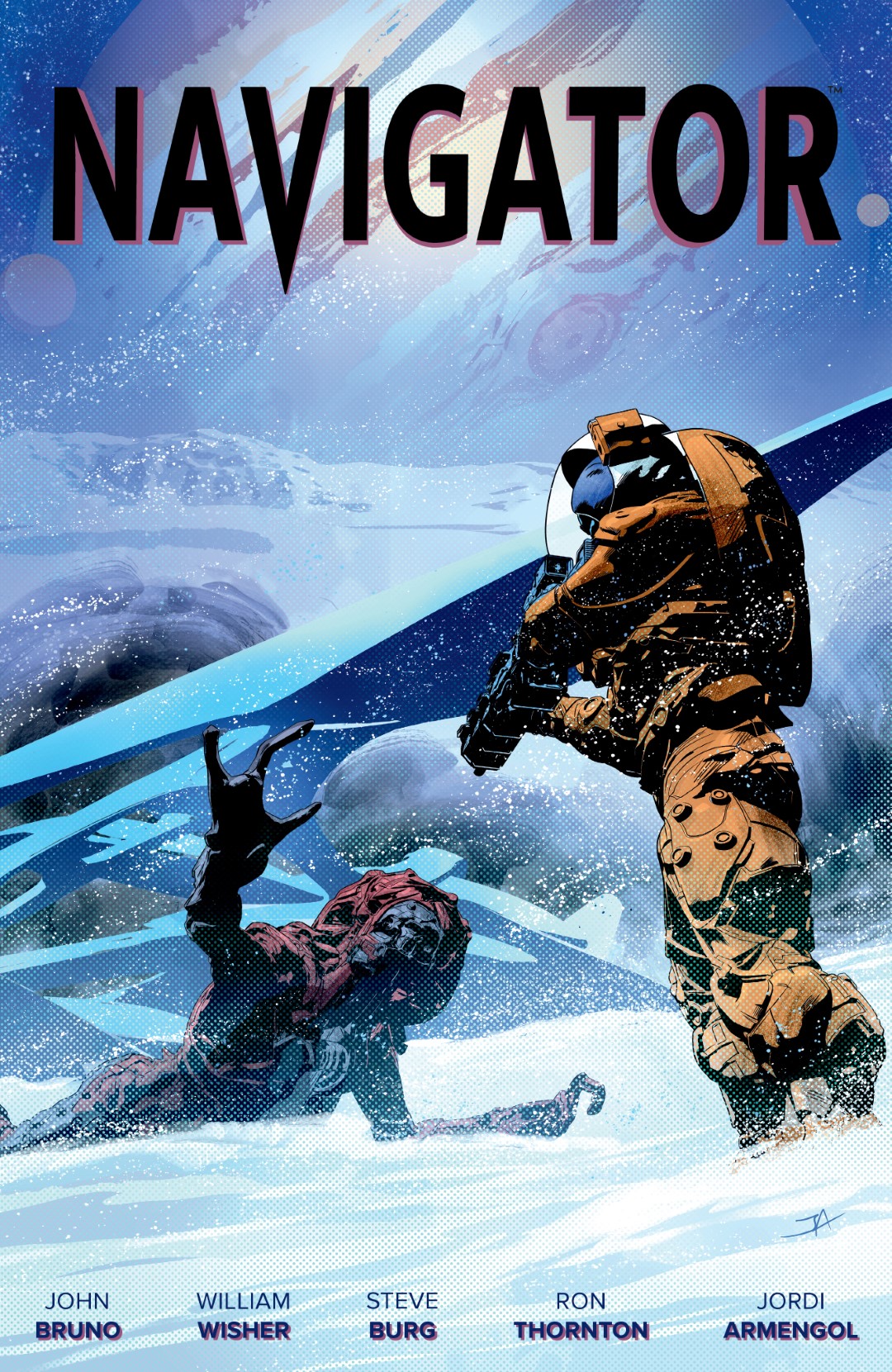