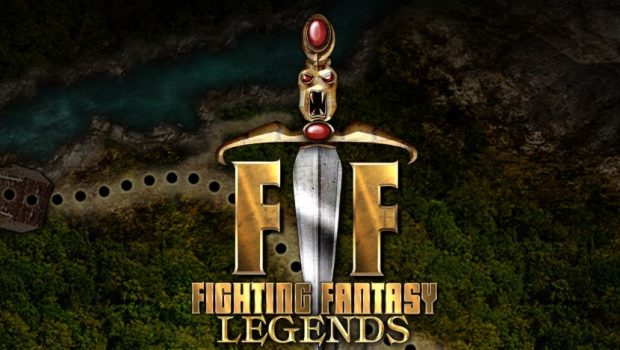 Summary: Steve Jackson and Ian Livingstone are back and so is the urge to redo your last move.

Some time ago I reviewed The Warlock of Firetop Mountain a game based on the works of Steve Jackson and Ian Livingstone, well they are back and with a few changes to the gameplay present to you Fighting Fantasy Legends. 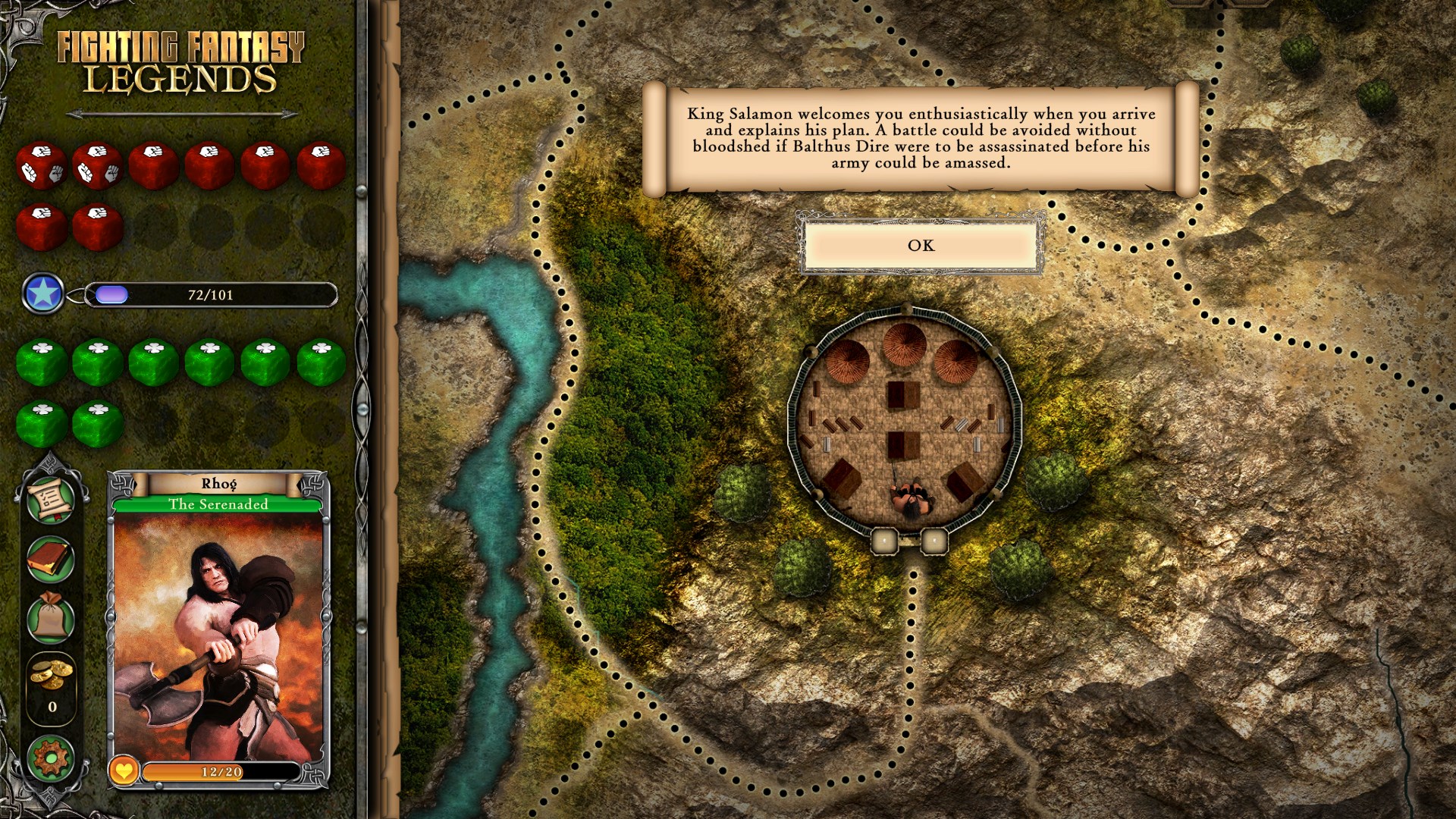 Set in the same universe (there’s even reference to Firetop Mountain within the game), you select your character from the few on offer and set off for adventure. Much like the previous game you are faced with choices along your way, which direction to go, which action to take etc. But there are a few differences here. Firstly the way dice are used is a little different in that we have strength dice and luck dice, depending on the situation one set will come up, you will roll and based on the number of dice that land with the right symbol facing up you either succeed or fail. But that’s not all, each time you “die” you have a curse placed on your dice effectively reducing your chance of getting a good roll by one, so for example you may have six dice each with a four leaf clover on one side… after being “killed” you then have one of those four leaf clovers replaced by a cross. 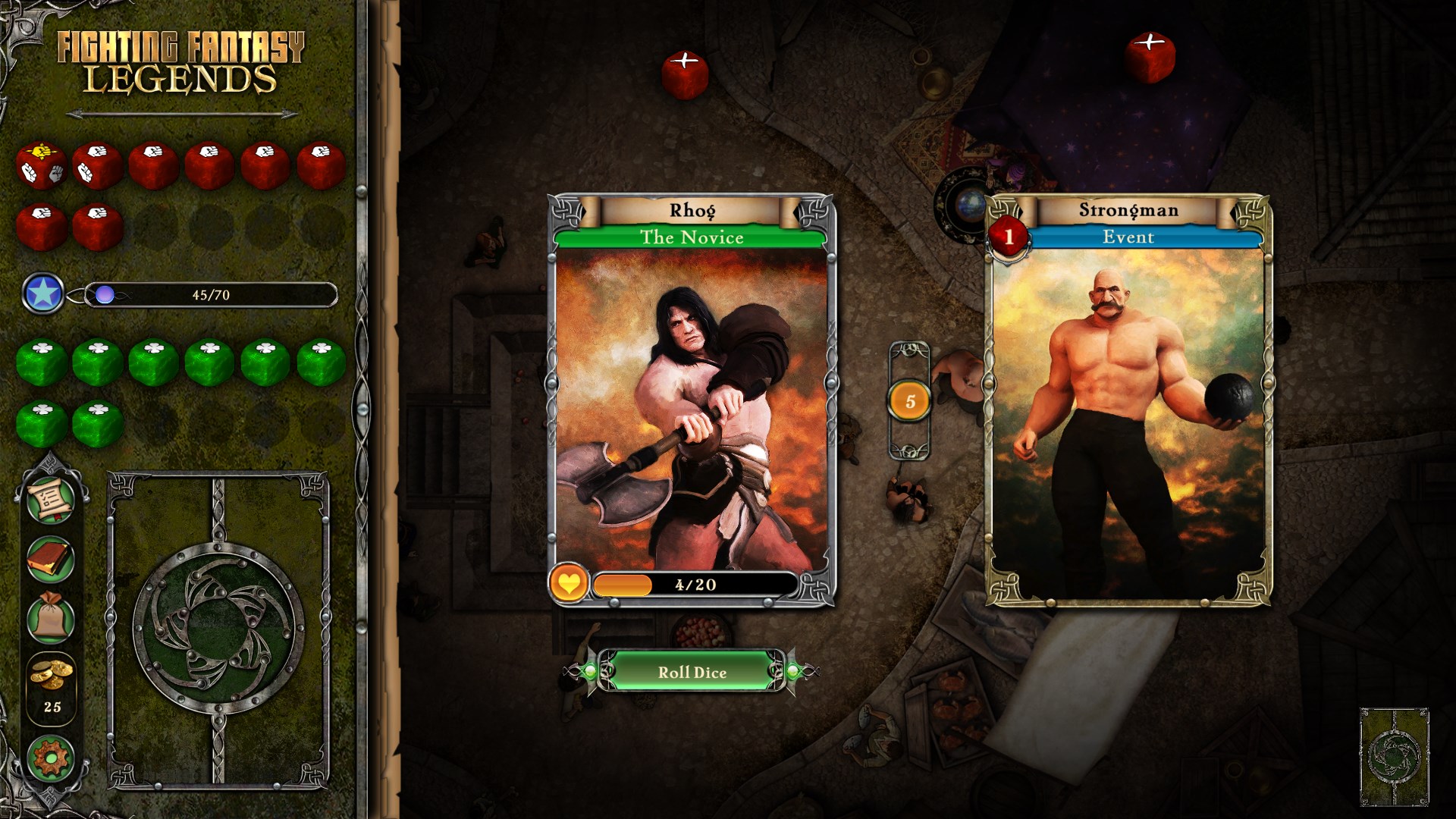 Your character also has cards that can be used in various situations, cards may have a bonus on them to increase your health or they may have a spell that will help you conjure your way out of a problem or any number of other useful tricks. Money also plays a pretty important role in the game as it will enable you to buy some much needed supplies or to sleep your way to better health and remove your curses. 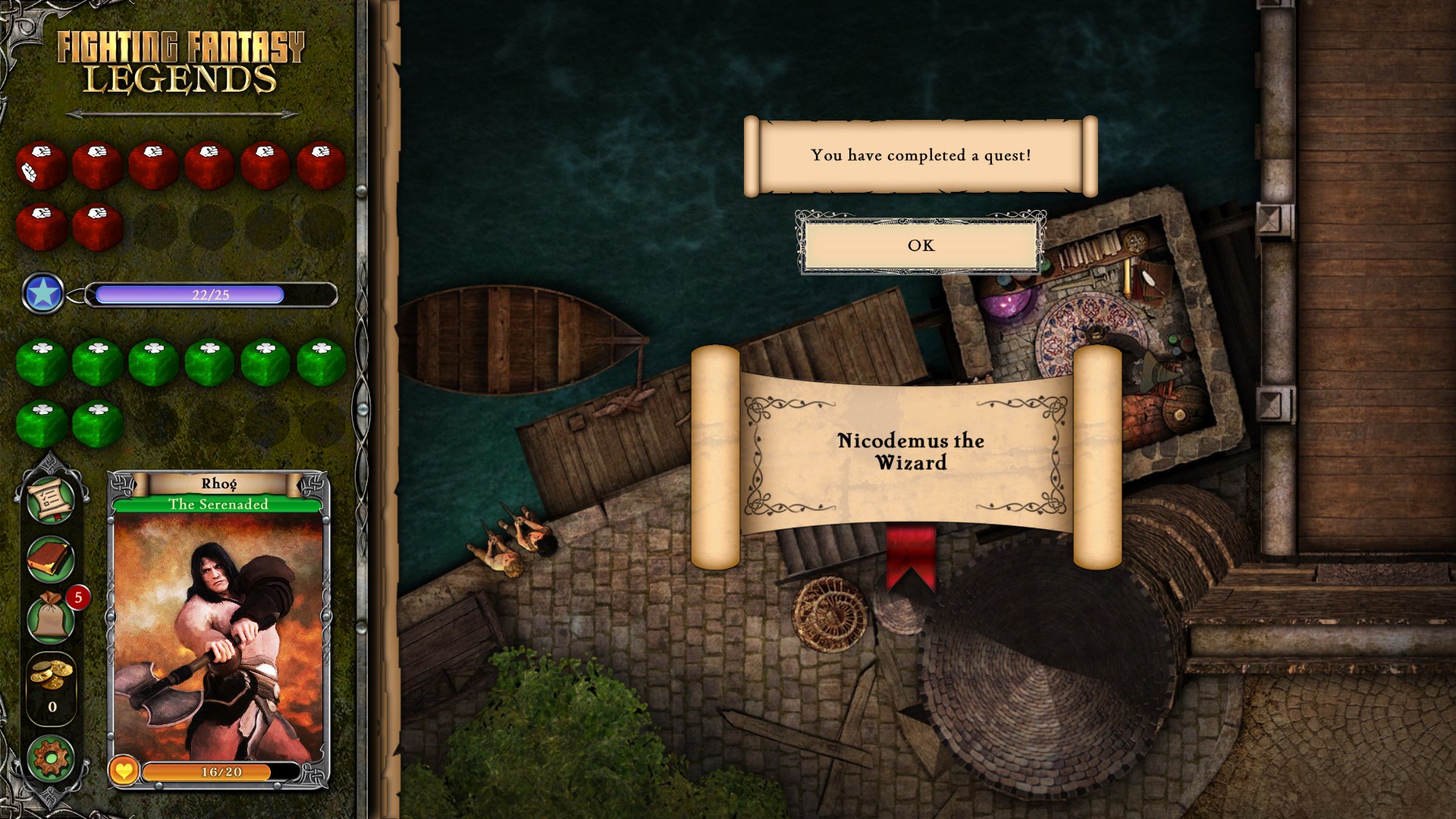 Visually it’s similar to the previous game, it some what reminds me of table top gaming or perhaps a mix between table top gaming and games such as Magic The Gathering. It works quite well and the variety of enemies keeps things interesting. Each time you encounter an enemy you also add that opponent to your index so you can go back and look at the foes you have felled. One thing that helps with replayability is the random encounters. For the most part there are set events and encounters… creatures and events you will always come across in the pursuit of your goals… but in between those set pieces are question marks… each of these could be something different. The added benefit here is that some of those random events reset when you “die” which means if you have to come back to where you were, you don’t know if it will be good or bad to go the way of the random encounter. When once you may have been hit by a poison gas… the next time you go through you may find 8 coins. 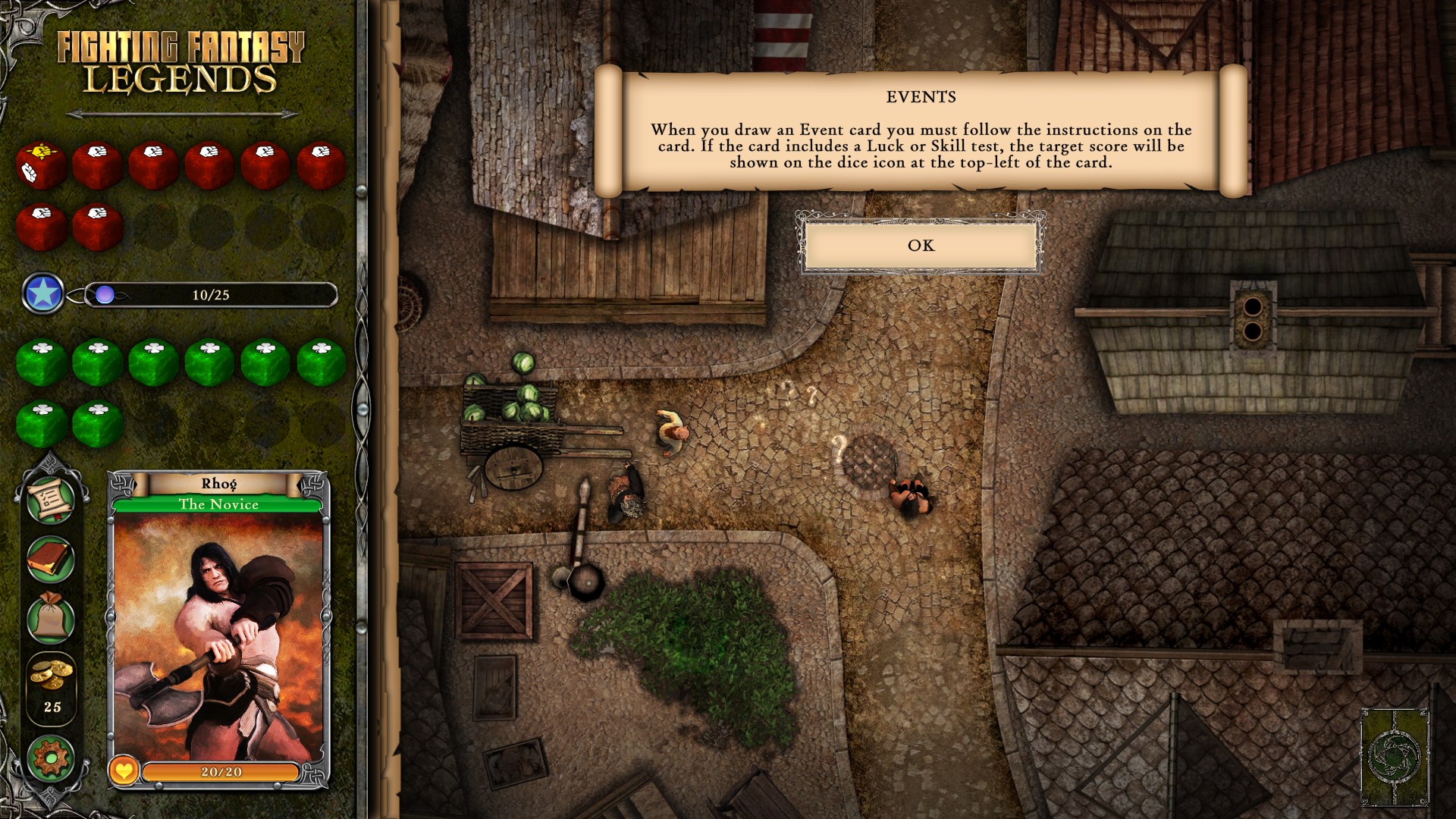 I would say the way they have tackled failure in this game is a big improvement on the last one. If memory serves, in The Warlock of Firetop Mountain if you died, that was it… you were back to the start and had to remember all the paths you took to get you as far as you did, then make the critical change to help you get further. With Fighting Fantasy Legends if you die, you will come to with 1 health and a curse on your dice… but you can then go and find an inn or similar to heal and if you are lucky (and have the money) remove the curses. This allows the player to make mistakes but not have to fear a total reset, it’s still a challenge but it’s not so frustrating.

For the price it’s great value, especially for anyone familiar with Steve Jackson and Ian Livingstone’s work.