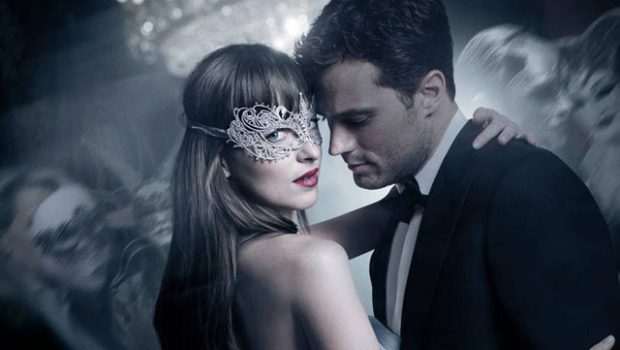 In 50 days, the countdown begins for one of the most highly anticipated home entertainment debuts of the year, plunging fans even deeper into the mesmerising, hidden world of Christian Grey and Anastasia Steele.

Universal Sony Pictures Home Entertainment is releasing Fifty Shades Darker – available to own on 4K Ultra HD™, Blu-ray™, DVD from May 24, 2017 and Digital HD from May 10.

When a wounded Christian Grey tries to entice a cautious Anastasia Steele back into his life, she demands a new arrangement before she will give him another chance. As the two begin to build trust and find stability, shadowy figures from Christian’s past start to circle the couple. Jack Hyde (Eric Johnson) and Elena Lincoln (Kim Basinger,) intensify the story, determined to destroy the couple’s hopes for a future together.

Fans will also be treated to not only the original theatrical version and a steamy new unrated version with over 13 minutes of footage not seen in theatres, but also Fifty Shades Darker Unmasked Edition which comes with over 30 minutes of never-before-seen bonus content, including cast interviews, behind-the-scenes features, and a peek at what lies ahead in the upcoming Fifty Shades Freed!

See how the story intensifies in Fifty Shades Darker releasing May 24 on 4K Ultra HD™, Blu-ray™, DVD and Digital HD from May 10.