Summary: FIFA 19 in a nutshell is a very good, sometimes great game that looks the part but suffers from a couple of maddening decisions that completely take you out of it

Reviews for games like FIFA barely matter it seems. The army of FIFA acolytes will just be happy that the summers new signings are all in the right place before sinking an ungodly amount of hours in to Ultimate Team or the Career Mode. The few people clinging left to the idea that Pro Evolution Soccer plays a better game are left frustrated by their preferred franchises abysmal lack of bells and whistles. FIFA on the other hand, is all bells and whistles. Especially with its shiny new Champions Leagues license it has wrested from Konami. It is integrated well in to all aspects of the game, particularly The Journey and Career Mode and even features a new commentary team of Derek Rae and Lee Dixon. Their banter can be a little more repetitive than Smith and Tyler but it is these extra touches EA Sports makes that go a long way with football fans. Everything from the menus to the presentation in game feels like you are taking part in a live football broadcast, and it certainly doesn’t hurt that FIFA’s on field game has gotten better. This year’s update sees many new features added to the mix, the biggest being the greatly expanded version of The Journey. 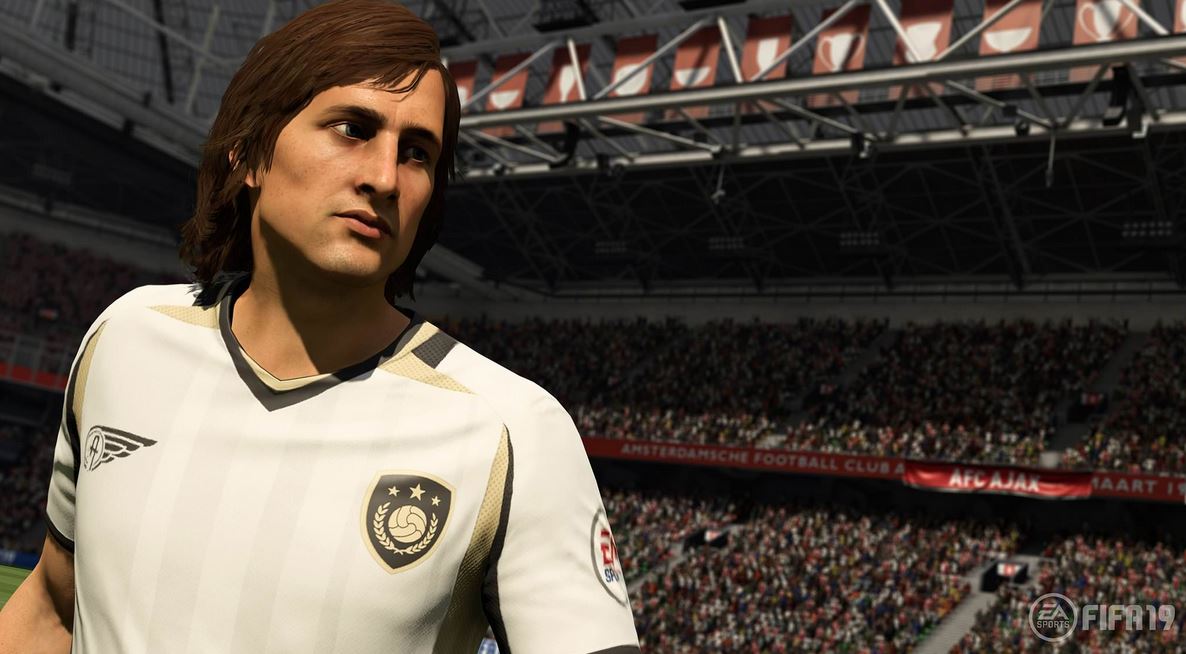 For those unfamiliar, the Journey began in FIFA 17 with young Alex Hunter working to achieve his dream at his boyhood club. In FIFA 19 Alex Hunter is an established star, now dealing with the pressures of becoming Real Madrid’s latest marquee signing. In addition to Hunter you are also able to play as Hunters friend Danny “The Williams” Williams who is starting to see an upswing in fortunes as he cements his starting place in Hunters old club and you can also play as Hunters half-sister Kim, who is dreaming of World Cup Glory for the USA Women’s team. You can change who you play as at any time, although FIFA has a recommended way it suggests you experience the story. It’s an involving story, although probably not for the reasons EA Sports would like. The actual written conflicts are mostly contrived and the key decisions mean next to nothing. Most of the characters spend their time being pretty unlikeable and the new villains introduced to everyone might as well just twirl their moustaches and snicker. Some series staples also appear to have gone AWOL with no explanation. Despite all of this you still find yourself caring for the characters (yes, even the Williams) due to the narrative that you create on the pitch. Turning your character from a sub to a leading scorer and star of the team is the true journey and it feels satisfying to carve out your place in the team. Gameplay wise not much has changed since last year’s Journey.  There is a very cool introduction where you play as Alex Hunters grandfather and the game is given a distinctively old school makeover, then it is mostly back to business. The Journey’s game ratings can often frustrate, scoring or assisting goals is the only way to really impress your manager or stay on the field for the full 90 minutes. Tasks added by the manager add a little fun but it is amusing to score a hat trick in a game but not achieve full marks from the manager because they wanted you to get 2 assists instead. The pressure to perform leads to a different style of play as almost every attack has to go through your preferred player to get them the result they need. It adds an extra layer of tension and tactical nous, but sometimes that is at the expense of a flowing and enjoyable game of football. 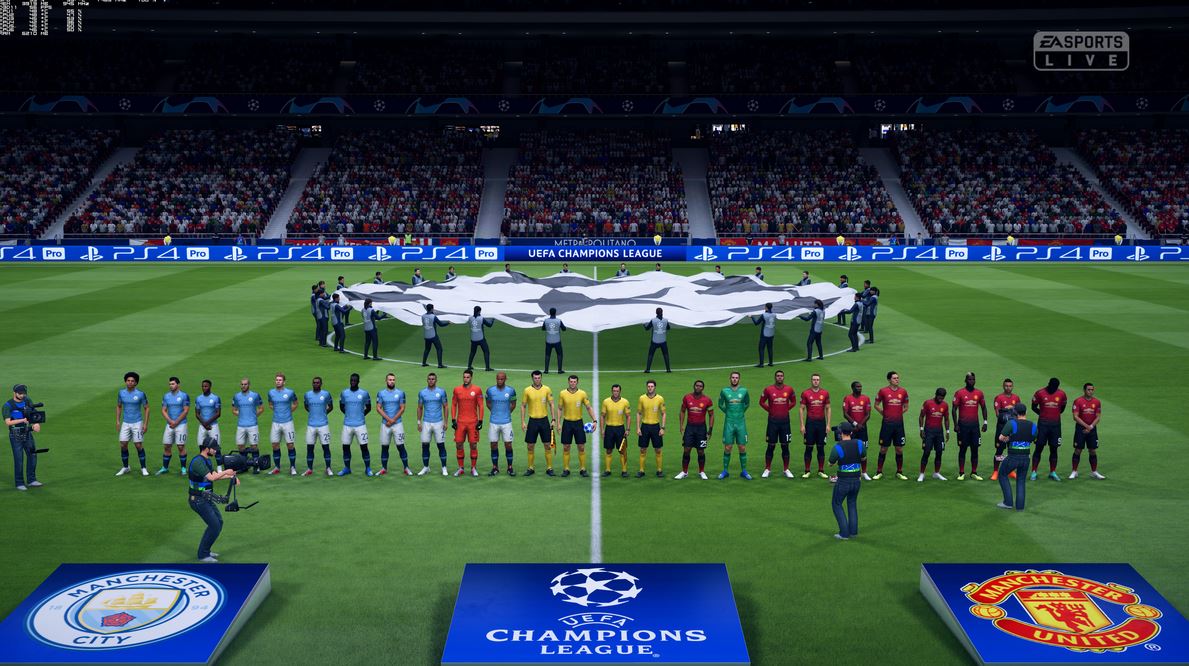 Flowing and enjoyable football is to be found in the regular game though. There is a deep, satisfying and complex game to be found here, especially when the difficulty is ramped up. The ball physics still haven’t been nailed like PES but there is an improvement over the past couple of years. Rampant use of the sprint button has been made vastly less effective. There will be many instances where you think you have broken free only for a defender to chase you down and muscle you off the ball. It definitely makes the game feel less arcade-y although sometimes it seems a little laughable to have the fastest players in the world consistently chased down by even the most lumbering defender. Physicality is a bigger part of the game this time around, and you will need to learn to use precision dribbling and protection of the ball at the right time before you tap that sprint button. The new active touch system may at first seem inconsequential but that shows how well implemented it is. If you are so inclined you can leave the right analog stick and still play a perfectly fine game of football. If you decide to use it you’ll be rewarded by that extra bit of control, the ability to twist the body to protect or run on to passes. It is these kind of features that quietly improve the game as opposed to forcing a shonky new feature to the forefront. The other new features, the timed finishing and the dynamic tactics are a little more hit and miss. Timed finishing adds an extra layer to your scoring, once you press the shoot button you can press it again and try to make sure it lands in the green metre above your player. Execute it flawlessly and your shot will gain extra power and grace, miss it completely and your player will miskick or sky their shot high and wide. It’s an interesting wrinkle that never really gives you that much of a reason to use it as the risk far outweighs the reward when you can just shoot regularly. Dynamic Tactics seems like something that is a couple of years away from completely working, the idea that you can switch tactics on the fly during the game is intriguing but in practice it is rather fiddly, and rarely seems to make much of a difference. FIFA still has its infuriating moments. Goalkeeper AI is hilariously inconsistent. As far as shot stopping goes, FIFA is on the right track, although they held on to the ball a little too much for my liking. It’s their decision making that needs fixing right away. I watched with mouth agape as a ball slowly rolled in the penalty area of an opposing team with only the keeper anywhere near the ball. As the ball inched closer to the touchline I watched the keeper just watch the ball, never bothering to claim it. At this moment I took control of my striker, sprinted down the field, picked up the ball and neatly slotted it past the keeper, his only movement being the last minute dive to stop my shot. Moments like that are not one offs, keepers seem to randomly know when to come off their line and collect the ball. They sometimes charge it down like a rabid dog, other times they are content to just wait and see if anything happens. There are problems like this throughout with the AI. Most of the time they do not surface but occasionally very silly things will happen. There have been a couple of throw in scenario where none of your players bother to make themselves available at all, which felt doubly ridiculous when Martin Tyler lambasts you for your poor throwing skills. These are small things, but they are noticeable and distracting from what FIFA is trying to do, present a comprehensive simulation of Football. 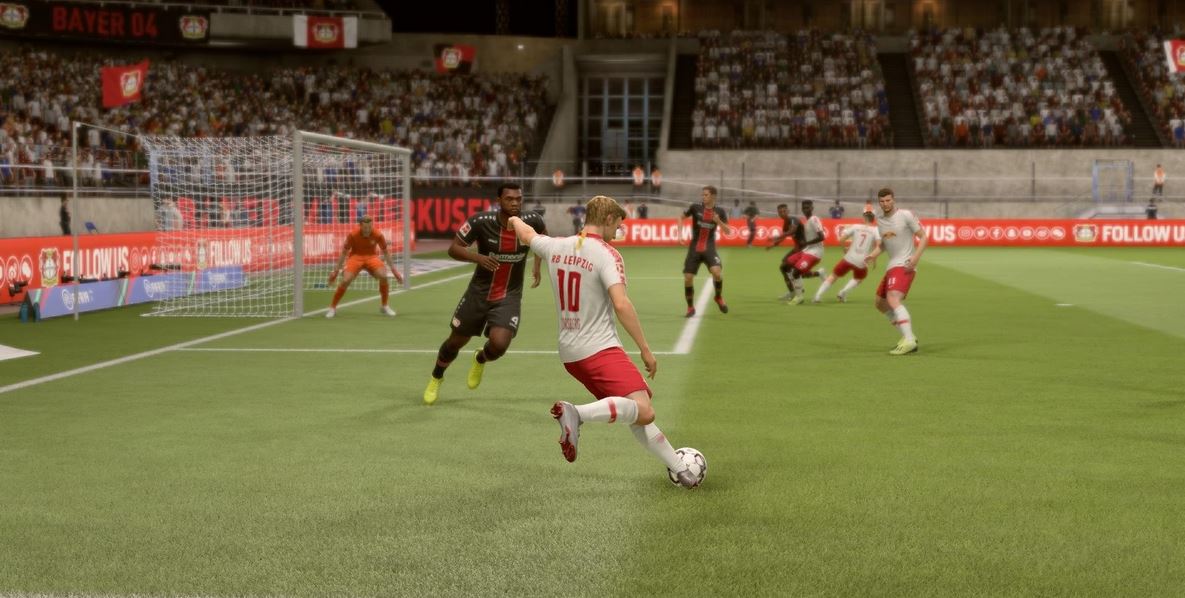 As far as the other game modes go Career Mode is exactly the same except for the integration of the Champions League. Career Mode is desperately begging for an update but somehow I doubt FIFA tragics are going to care one bit. The Champions League is in it and you can still play it for hours and hours. Same thing goes for Ultimate Team really, it’s received a little upgrade but largely remains the same highly addictive game that has been part of FIFA for years. The continued release of new packs from EA over the year will also go a long way to satisfy the long term Ultimate Team fans. The mode that has received the most significant upgrade is the humble kick off mode, with the introduction of various ways to play a quick game ranging from a survival mode to a mode where no rules exist. These are great fun to play but only if you’re playing with a mate. There’s not really anything satisfying from banging in a goal from a deeply offside position against an AI controlled opponent. 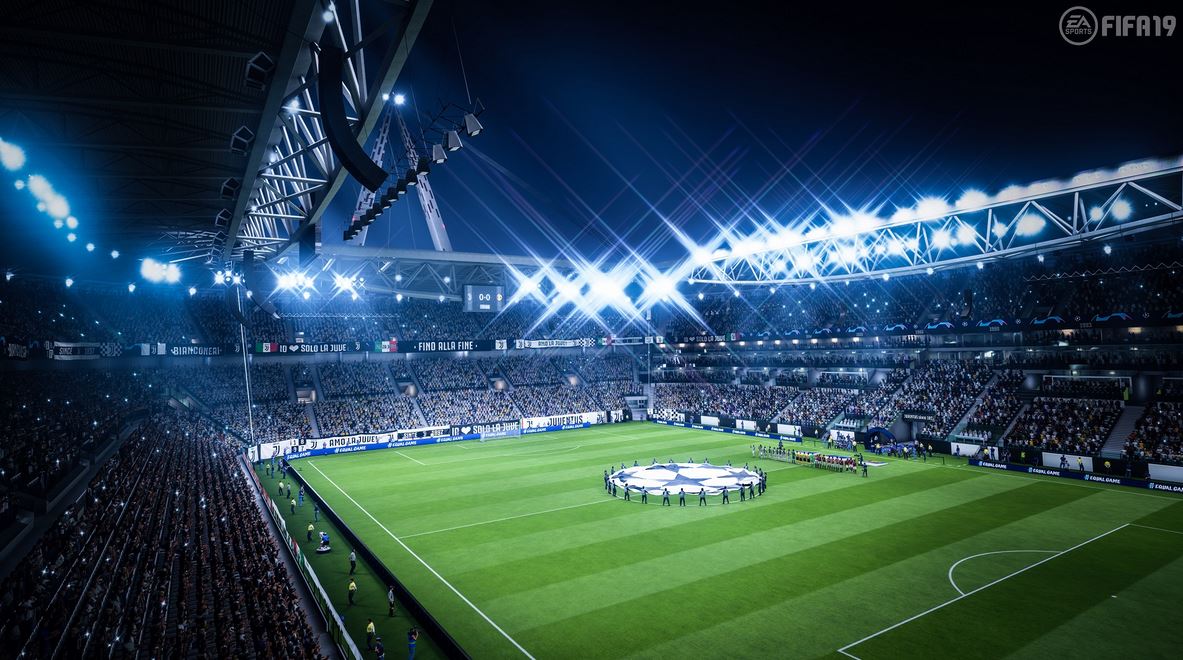 After countless hours with the new FIFA learning all the new nooks and crannies, timed shooting, right analogue stick flicks for more precise ball control and getting used to the slowed down pace of the matches, I scored a screamer. I took a corner and it was headed clear by a defender. The header only went as far as Naby Keita who was lurking just outside the box. Using the new timed shot mechanic I perfectly aligned my button press on the green meter and executed a perfect bicycle kick that looped into the top corner of the net. Martin Tyler and Alan Smith went wild in the commentary box. Keita sprinted towards the supporters in celebration. What a goal. But I didn’t quite feel as ecstatic as my digital counterpart at this very impressive bit of skill. It’s not every day you score from a bicycle kick, hell it’s not every day you see a bicycle kick. Unless you’re playing FIFA 19. Before that goal I had seen bicycle kicks in every area of the field for the most rudimentary tasks. Countless attacking scenarios? Bicycle kick. Defender clearing a ball up field after receiving a throw from the keeper? Bicycle kick. My personal favourite however was passing a short across field ball to a teammate, what I thought would a rudimentary header turned out to be an audacious piece of skill to send the ball about 10 yards away. Players of all shapes and sizes can do them and you will see them at all levels of the game. All of which makes that final moment when you score with a bicycle kick kind of underwhelming. That is FIFA 19 in a nutshell. A very good, sometimes great game that looks the part but suffers from a couple of maddening decisions that completely take you out of it. 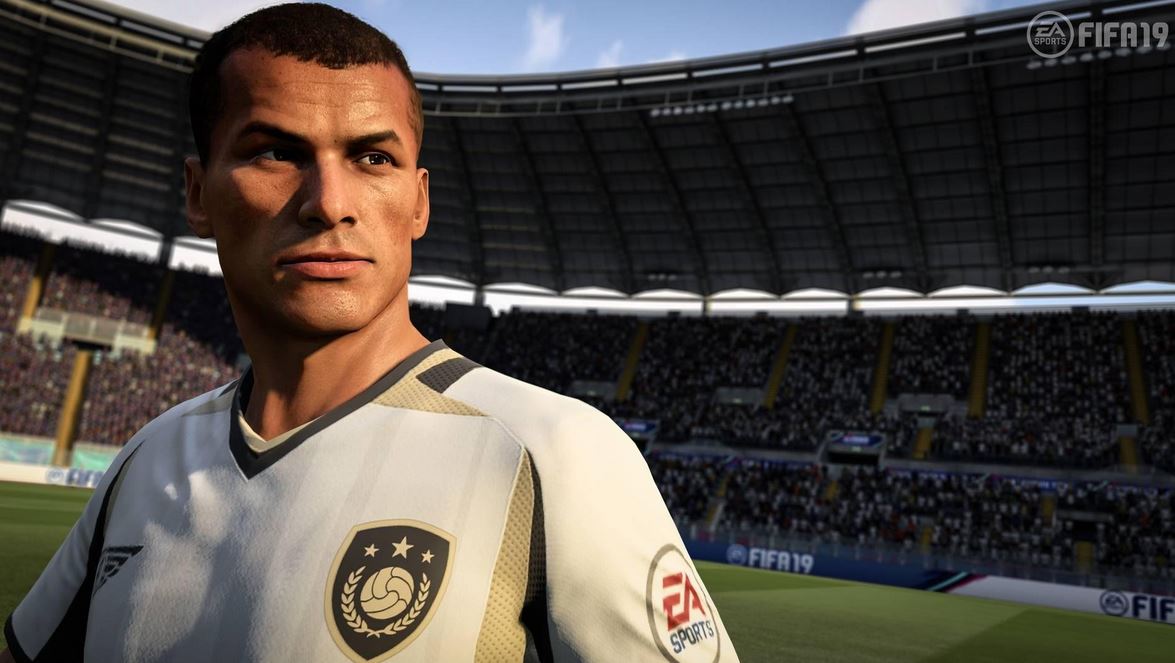 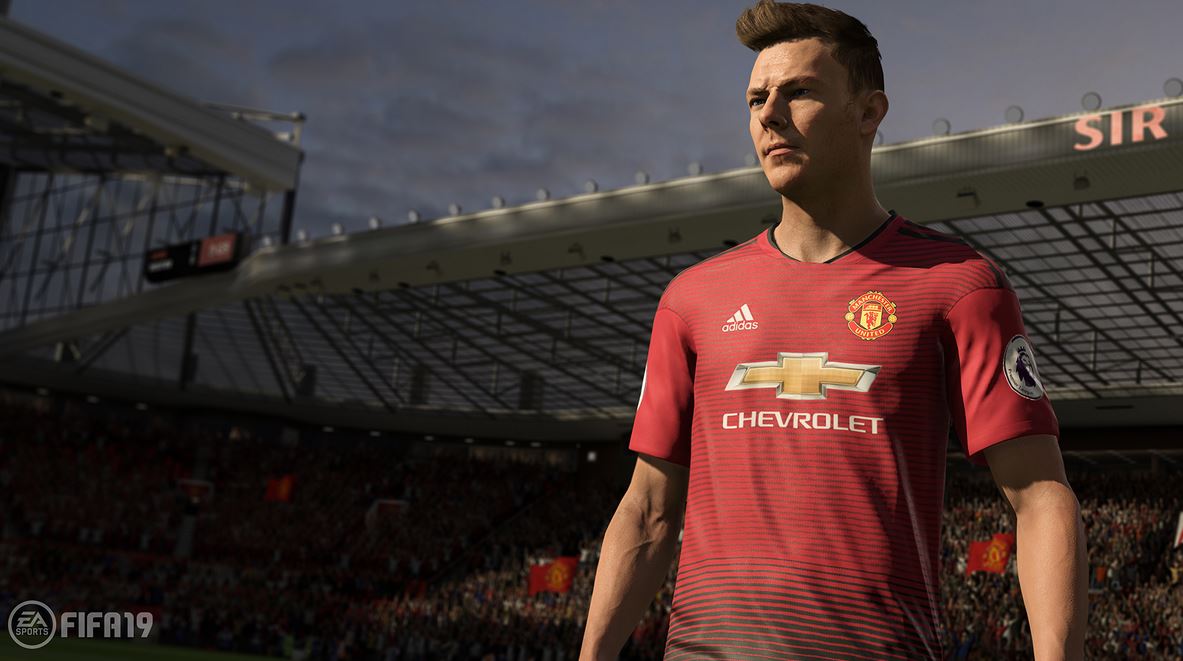 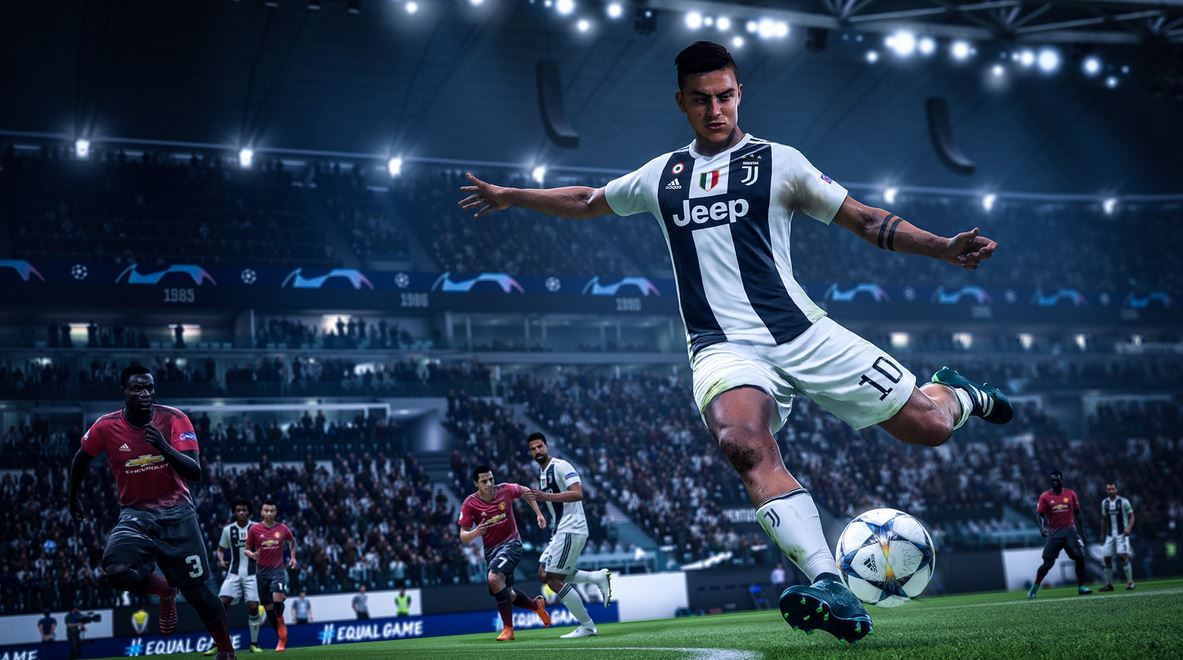