A FIELD IN ENGLAND BLU-RAY REVIEW

Summary: A study in absurdism and surrealist and minimalist cinema, A Field in England will no doubt be either a love it or hate it affair for many viewers but those willing to follow this psychotropic trip to its grisly conclusion will definitely be left with a lasting impression.

Equally compelling as it is confounding, A Field in England is the latest effort from Director Ben Wheatley (Kill List, Down Terrace) and is sure to divide opinion on an even larger scale than his previous films, which have been alternately hailed as exciting and visionary as well as criticised as perplexing, poorly structured and pretentious. A Field in England is an experimental journey into 1648, a time when the English Civil War was ravishing the countryside and a group of men found themselves staring into the abyss of madness.

At the beginning of the film we find our main protagonist, alchemist’s assistant Whitehead (The League of Gentlemen’s Reece Shearsmith) hiding in some hedgerows in an effort to escape the clutches of Trower (Julian Barratt; The Mighty Boosh), who is forcing the mild mannered Christian to assist in locating some documents stolen from their mutual master. Stumbling across military deserters Jacob and Friend (Peter Ferdinando and Richard Glover) as well as the mysterious Cutler (Ryan Pope), the newly formed quartet set off across a vast field in search of a pub where they can drown the sorrows and escape the horror of battle.

After inadvertently consuming some magic mushrooms with their stew, the men come across a large rope, with one end tethered to an ornate post and the other out of sight. Pulling upon it they soon heave a man named O’Neill (Michael Smiley, probably best known for his role as Tyres in Spaced) into the field, who quickly takes control of the group with the help of Cutler. O’Neill is soon revealed to be in possession of the documents Whitehead and Trower were seeking and sets about using Whitehead’s divination skills in order to locate an undescribed treasure and plunging the three captive men into a nightmarishly psychedelic orgy of madness, an experience exacerbated more so by their ingestion of hallucinogens.

Shot in monochrome, the stark imagery of the bleak English countryside is absolutely beautiful to behold and the delightfully unhinged performances of the cast add to the surreal atmosphere afforded by the cinematography, music and editing. The plot, whilst seemingly straightforward in its description, is ambiguously complex and raises a lot of unanswered questions, which may leave viewers who prefer definitive denouements feeling unsatisfied. The experiences of Whitehead and his cohorts leave a lot open to interpretation, with Wheatley and screenwriter Amy Jump refusing to pander to audience expectations; indeed, at times it feels like the pair are delighting in making the film deliberately obtuse. 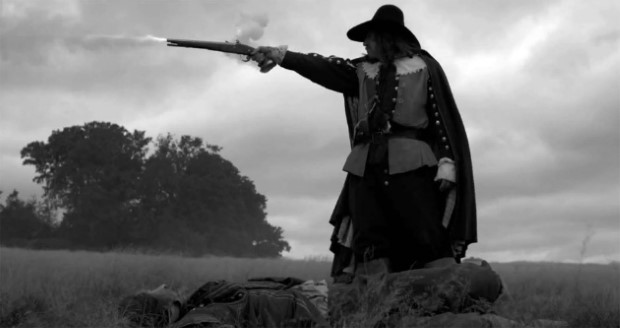 The slow, creeping unease created by the sweeping camerawork and effective use of slow motion and stroboscopic effects is the film’s most effective asset, as the plot plays second fiddle to the scenes unfolding on the screen. Draped in English folklore about Fairy circles and paganism clashing with Christian ideals, the descent into insanity makes for fascinating viewing, even if certain aspects of the film, such as the frozen tableau vivant scenes and the ominous ebony maelstrom of an encroaching planet, don’t exactly play out as effectively as intended.

The quality of the visuals are exceptional, especially when one considers that the film only cost a paltry $300,000 to shot. Madman’s transfer is impeccable and displays the beauty of the film’s cinematography and production design to great effect, with strands of hair and fabric resplendent in detail and fine image contrast and balancing. The audio is presented in DTS 5.1 and perfectly complements the harrowing soundtrack that succeeds in raising the hairs on the back of your neck. The dialogue can be a tad difficult to hear on occasion, but this seems more to do with the mixing rather than the transfer itself. 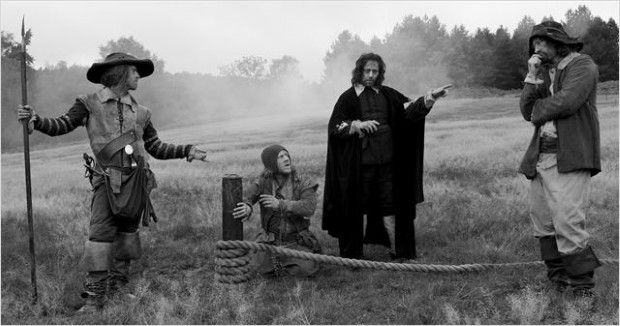 A Field in England comes with a raft of supplemental features, totalling just under two hours, excluding the commentaries; these are mainly meaty featurettes that explore every conceivable aspect of the film, from inception to production to post-production and make for entertaining viewing. The commentary track is insightful in regards to the production process and certain aspects of the story but those hoping to have confusing plot points cleared up will leave disappointed, as Wheatley and Co. Refuse to spell everything out. 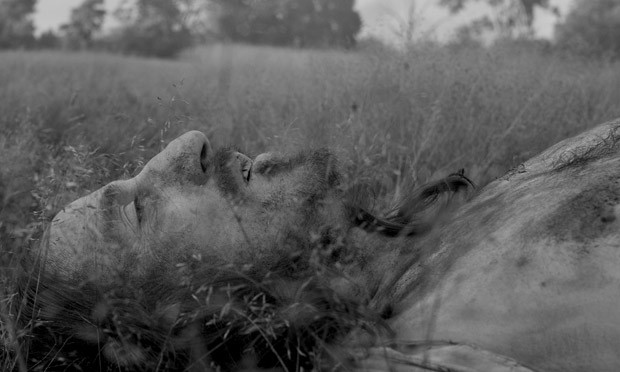 Far less mainstream than his previous output (Which is really saying something) and evoking classics like Witchfinder General and El Topo, A Field in England is Ben Wheatley’s most experimental film to date, but also his most assured. Eschewing contextualising any form of set up and just dumping the viewer straight into the proceedings affords a sense of disorientation that plays to the film’s greatest strength, that of its atmosphere. A study in absurdism and surrealist and minimalist cinema, A Field in England will no doubt be either a love it or hate it affair for many viewers but those willing to follow this psychotropic trip to its grisly conclusion will definitely be left with a lasting impression, if only for the blood-curdling screams and horrifyingly deranged exit that accompany that tent scene. 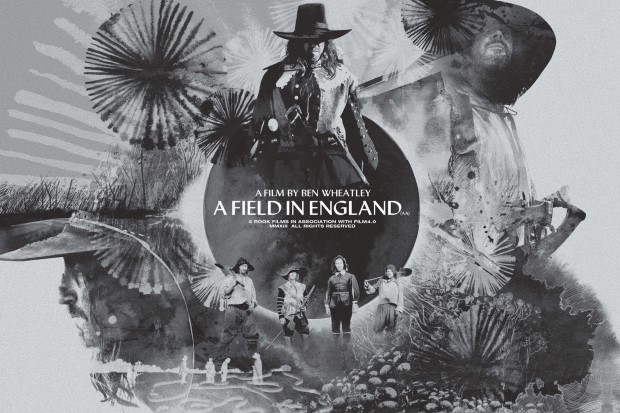