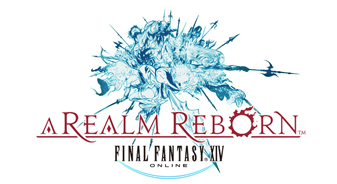 SYDNEY 1ST August 2014 – Beginning today, players can try out the critically acclaimed FINAL FANTASY XIV®: A Realm Reborn® online adventure for free. The 14-day free trial program allows new players an opportunity to join over 2 million adventurers worldwide who have already begun their journey throughout the realm of Eorzea.

By downloading and installing the free trial software, which is available at www.ffxiv-freetrial.com, players can play for free for up to 14 days from account creation to a maximum level of twenty. Free trial players will have certain limitations on available in-game activities. More details are available on “The Lodestone,” the official FINAL FANTASY XIV: A Realm Reborn community page http://eu.finalfantasyxiv.com/lodestone/.

The online game offers a wealth of playable content updates, including the recently released, Defenders of Eorzea, the Patch 2.3 update. It features Frontline, the three-faction PVP where up to 72 players can go head-to-head in direct combat; Chocobo Raising, where players can train their favourite feathered companion to reach its full potential.

Also starting today is the Recruit a Friend Campaign an easy way to invite your friends to play via the FINAL FANTASY XIV: Mog Station. As a special bonus, if an invited friend becomes a subscriber, you’ll get to enjoy a number of special In-Game Rewards.

If a friend subscribes for 30 days, you’ll receive:

Friendship Circlet (For Recruiters and Friends)

If a friend subscribes for 90 days you’ll receive:

Full details of the Recruit a Friend campaign can be found on the Lodestone; http://eu.finalfantasyxiv.com/lodestone/special/friend_recruit/.