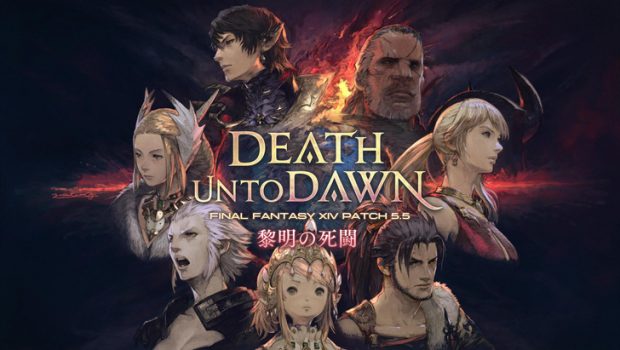 Final Fantasy XIV’s most recent patch 5.5; Death unto Dawn, dropped recently. Part one of two patches leading up to the big jump to 6.0 with Endwalker. In this patch were a few minor updates and fixes along with a few chunky bits. So let’s dive right in. 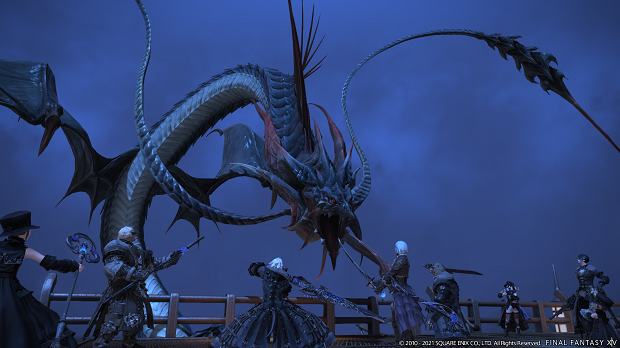 Death unto Dawn, features more quests added onto the branching Main Scenario questline. Without ruining as much of the story as I can. We are reunited with Estinien Wyrmblood, our favourite Dragoon mascot from back in the days of Heavensward. With the help of him and a few friends along the way, the player tracks and finds Lunar Bahamut. Patch 5.5 also brings in some quality of life fixes and buffs to some classes. While they may not have been absolutely necessary, buffs are always a welcome addition to the game.

We also got Diamon Weapon, the next high content single boss extreme raid content, Unreal Leviathan; an upscaled version of the Whorleater trial from A Realm Reborn. Brought up to Lv80 with the same mechanics just upscaled to match the damage output it should at max level. There’s not a huge amount of incentive to do these upscaled Trials as the rewards, personally, just don’t tempt me to go back and do these fights again.

Death unto Dawn also gave us, new housing items, new crafting items, new side story quests, new Triple Triad cards, new hairstyles and more. Beyond this, the real meat of the patch, at least for midcore players like myself who don’t torture themselves with extreme content. Or at least, likes to prepare fully before attempting such arduous tasks. The latest NieR Automata raid was also released. The raid, the Tower at Paradigm’s Breach is the latest addition to the NieR Automata crossover raid series.

Warining, Death unto Dawn Spoilers ahead. Do NOT read if you have NOT already completed the NieR raid, Paradigm’s Breach. You have been warned. 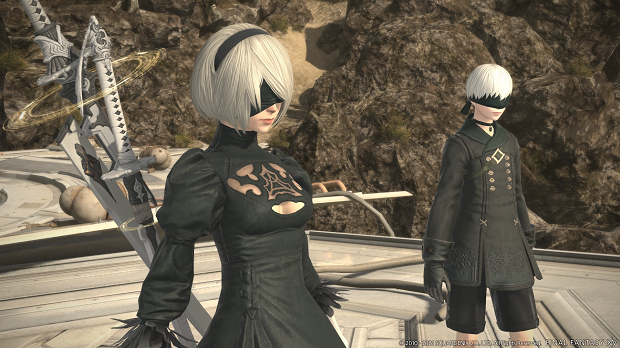 The final chapter of the NieR crossover sees the finale of the dwarven link explored. Konogg is missing, desperate to find Anogg. The dig site Chief insists on following you to the Puppets Bunker. There you find Konogg, laid beside the strange orb you have seen and fought before. Suddenly, numerous versions of 2p surround the group, before Anogg, or the girl you have know as Anogg, rushes in with 2B and 9S, urging you to destroy the sphere. It is already too late. A pale and foreboding tower grows before your eyes. Spiraling to the heavens. Let the dive into Paradigms Breach begin.

The story of the raids isn’t a great big factor for me personally. I’ve never played, nor wanted to play NieR Automata. Thus my interest in the story is minimal. I do however like the overall presentation and aesthetic of the series’ crossover raids. The art and design team did a fantastic job recreating some of the likenesses of characters from the NieR series. They really feel like they stand out enough as NPCs but not enough to feel like it takes away from it still being in FFXIV.

Death unto Dawn, brought me a few surprises with this most recent raid. It deviates from the usual Boss>Trash mobs>Boss>Trash mobs>Boss>Complete format for two boss battles straight up. Followed by a single round of trash mobs. Before another boss, a pair of mini bosses and then, the final boss encounter, which then follows the usual two-phase method of combat. Compared to the other two raids in the series, Paradigm’s Breach is probably my favourite. With it’s slightly varied from the normal encounters, to the encounters themselves. More fluid, more fresh.

Copied Factory, I found was unremarkable and I’d forgotten about it shortly after release. And with very little incentive until recent updates to the encounters, I’ve had next to no real reason to go in an replay it. Puppets Bunker, I thoroughly enjoyed on release, but found that it got too easy too fast. It was dropped around the same time as the Bozjan Southern Front, so the gear from that probably was it’s downfall. The only real incentives there were minions, orchestrion roles and the puppets coins that would help augment some gear, but once you had all the collectables, many people saw little reason to replay that too.

Paradigms Breach, may yet too suffer the same problem. However it’s fresher take on the raid format and a wider array of loot, with a few popular hairtstyles thrown in for good measure. I feel that with Death unto Dawn, they’ve begun heading in a newer, fresher direction. I feel that we’re already getting a taste of what the Endwalker expansion will bring us. And that makes me very excited, part 2 of this patch drops in late May. 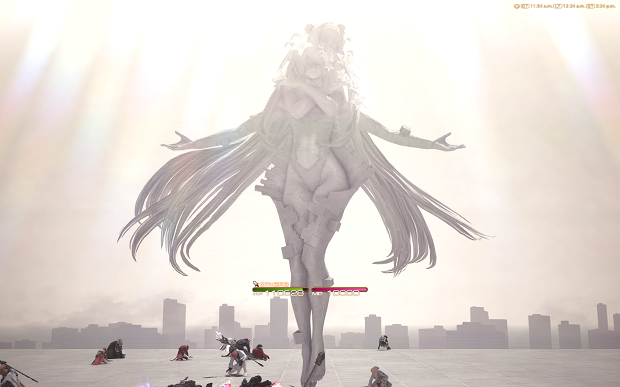