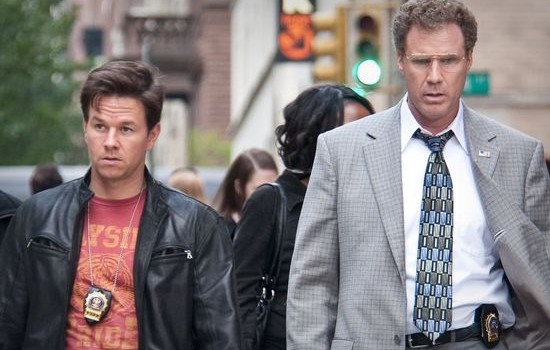 FERRELL AND WAHLBERG TO STAR IN “DADDY’S HOME” – Media Release

FOR PARAMOUNT PICTURES AND RED GRANITE IN ASSOCIATION WITH GARY SANCHEZ

Morris will produce with Ferrell, Henchy and McKay through their Gary Sanchez Productions banner (“TAMMY,” “GET HARD”). The executive producers are Riza Aziz, Joey McFarland and David Koplan (“DUMB AND DUMBER TO,” “THE WOLF OF WALL STREET”) from Red Granite Pictures along with Kevin Messick (“ANCHORMAN 2: THE LEGEND CONTINUES,” “THE OTHER GUYS”) and Jessica Elbaum (“ANCHORMAN 2: THE LEGEND CONTINUES”) of Gary Sanchez, Sean Anders and Diana Pokorny (“HORRIBLE BOSSES” 1 & 2, “THE INCREDIBLE BURT WONDERSTONE”).

Adam Goodman, President of Paramount Film Group said, “Will and Mark are the absolute perfect on-screen duo to take on this hilarious project. With Anders at the helm, and our partners Red Granite on-board, we are thrilled this movie is getting underway.”

Riza Aziz, Co-Chairman of Red Granite Pictures adds, “We’re particularly excited not only to reunite with the wonderful Paramount team but to collaborate again with the comical genius of Sean Anders and John Morris, who we had the pleasure of working with on Dumb and Dumber To. And we are thrilled to partner with Will, Mark and Gary Sanchez. We look forward to an inspiring, hilarious adventure.”

“DADDY’S HOME” follows a mild-mannered radio executive (Ferrell) who strives to become the best stepdad to his wife’s two children, but complications ensue when their freewheeling and freeloading real father (Wahlberg) arrives, forcing him to compete for the affection of the kids.