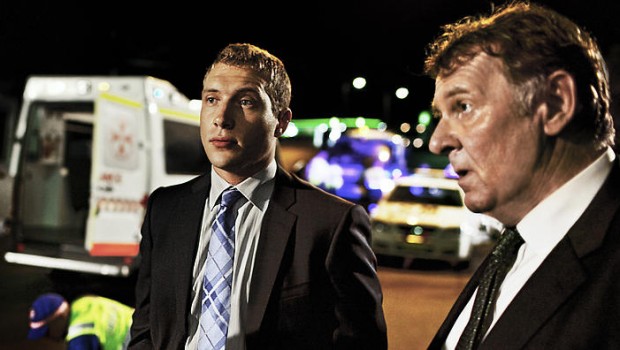 Incredibly intense and emotionally challenging, Felony is what you want a psychological drama to be. Not only is its audience pushed into continuously guessing due to the unpredictability of the film, but an ethical examination of the situation presented is also continuously carried out. Written by and starring Joel Edgerton and directed by Matthew Saville, Felony is a particularly solid police drama that addresses how complex the idea of the right thing to do can often be.

While drug cop, Malcolm Toohey (Joel Edgerton) is being hailed a hero for his latest arrest, he is involved in a tragic accident which leads to more than just his guilt being covered up. Malcolm tries to deal with his moral dilemma and take responsibility in a way that is best for he and his family, while at the same time, he has two investigative policemen breathing down his neck. Detective Carl Summer (Tom Wilkinson) wants him to keep his secret and remember how not doing so will effect a great number of people in the police force, while rookie, Jim Melic (Jai Courtney) is working hard to find out the truth and expose Malcolm.

While Felony can at times feel like it wavers on the edge of the type of ethical dilemma film we have seen before, it’s screenplay is kept original as well as being unpredictable and challenging. The story of this cop getting himself into a situation where he could cause a destructive domino effect if he attempts to do the right thing is kept fresh and doesn’t fail to entertain and intrigue. The screenplay toys with the idea of the right thing having many dimensions and while that it seems like the correct thing to do as a whole, when you break it down into smaller pieces all you can see are the reasons not to do it. As an outsider looking in on Malcolm’s story, it is easy to say that he should have done the right thing to begin with and when he didn’t, he should have made up for it afterwards. However, it is to the credit of the filmmakers that one is drawn into the film so much that you come to understand all the characters reasoning’s and then remain confused for the duration of the film what really is the right thing for Malcolm to do.

Felony does feel highly realistic for the most part and very much an emotional experience as a result. Australians will be able to relate to many aspects of the films, right down to the compulsory belting out of “Livin’ On A Prayer” in a pub with a beer in one’s hand. The fact that the viewer is drawn into the story and provoked into questioning the decisions and actions of those in the film is a sign of how realistic it feels. However, it does get to a point where it loses it’s hold towards the end of the film when events start to take a turn. Things start to get a tad unbelievable and events become removed from the audience’s personal space. For entertainment’s sake, this period of the film is quite well done, but it does lose it’s emotional relationship with the audience that it establishes earlier in the film. 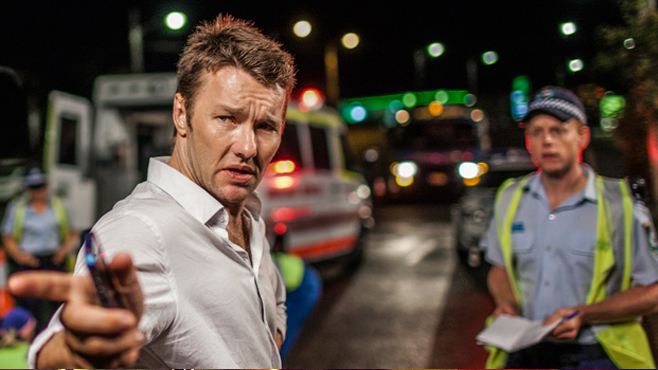 The story taking place in Felony is intense in itself, but made even more so by the wonderful score. It does a great deal to enhance the atmosphere of the situation at hand and add a sense of dread and anxiety. The film has some particularly impressive visual moments, especially during the scenes when Malcolm is inside his car driving to and from his accident. Joel Edgerton is wonderful in a role which he penned himself and it is clear that he well and truly knows who his character is. He is incredibly convincing as the man who is falling apart bit by bit under the weight of his guilt. A particularly brilliant piece of cinema is provided by Edgerton when his Malcolm is driving away after giving his statement and the further he drives, the more you see in his expression the realisation of what he has just done and an intense guilt is taking hold of him. It is such a subtle piece of acting which says so much about the evolution of feelings taking place within him.

Tom Wilkinson is very good as Detective Summer and Jai Courtney also shows great ability, but both have characters which seem a little too forced in their personality traits. Wilkinson and Courtney still carry their characters well, but the way in which they are directed seems a little overdone. Melissa George does particularly well as Malcolm’s wife, Julie. The relationship between Malcolm and Julie is also a pleasantly realistic one. Before the accident, their marriage isn’t presented as being perfect, but rather ordinary with the day to day ups and downs experienced by a family. Felony is a wonderful combination of emotionally and psychologically challenging in the way it draws it’s audience in and encourages them to address the consequences of doing the right thing in such a situation.

Summary: Incredibly intense and emotionally challenging, Felony is what you want a psychological drama to be.