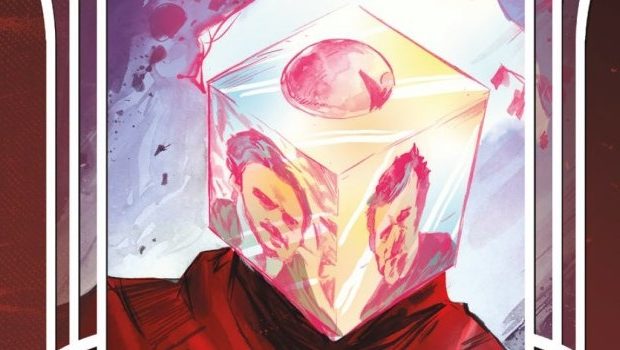 After brutally murdering the Muse, Henry Henry must now face the consequences of his actions. Or perhaps there is a way for him to avoid it completely. What new lows will Henry sink to, so that he may achieve his ultimate goal?

This issue begins in the aftermath of Henry Henry killing the Muse. Disgusted by what he’s done and with her blood still on his hands, he flees. Suddenly, The Hero with a Thousand Faces appears walking through a portal from the Fearscape. Ever the storyteller, Henry spins a likely tale about her death, weaving another elaborate lie where he tries to shift the blame of her murder onto someone else. With only the safety of the Muse on his mind, the hero leaves in search of her body, whereupon he finds Jill, the daughter of Arthur Proctor weeping over her. It is in this moment where the truth is revealed to the hero, exposing Henry for the fraud and monster that he is. 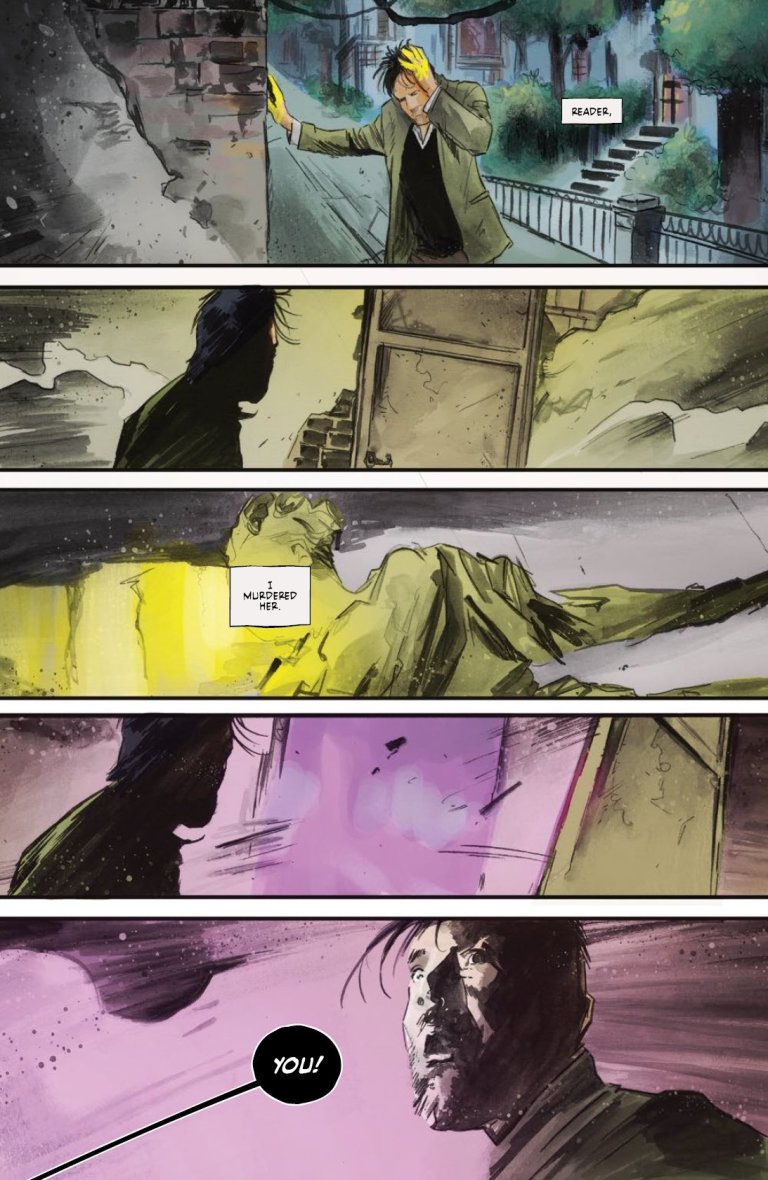 Meanwhile, Henry makes his way back to the weeping castle in the Fearscape in search of the First Fear. In damage control, Henry spins yet another lie about the murder of the Muse, this time blaming it completely on the hero. Weirdly enough, the First Fear believes Henry’s story, which casts the hero as a greedy murderer, who has been vying for control. This supposed revelation heralds the arrival of the hero himself, accompanied by Jill. It is their plan to reveal the true story to the First Fear, exposing Henry for the murderer that he is. Their plan, however, goes awry, as the First Fear doubts their claims and instead casts Jill out of the Fearscape and imprisons the hero. Things are looking up for Henry once again, that is until he discovers that the Muse has been reincarnated, possessing all her former memories. Ahh, bugger! 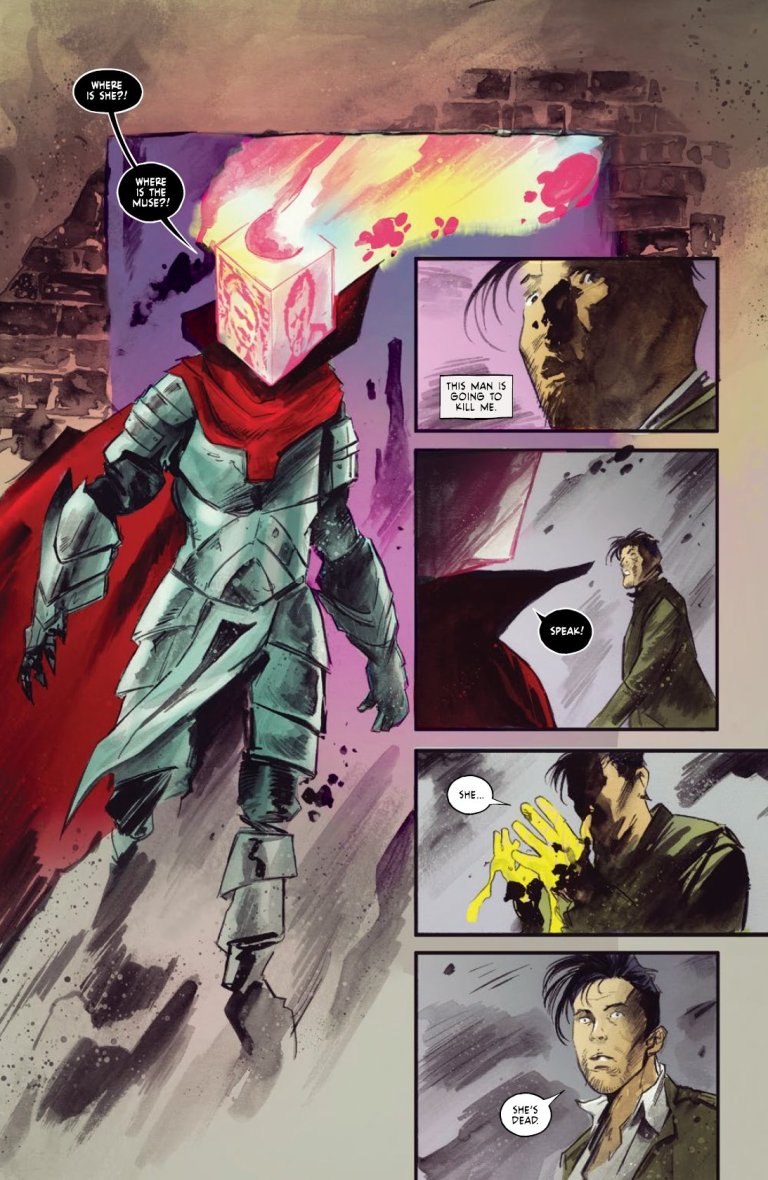 Oh lordy, you are one bad egg Henry Henry. If you’ve been following my reviews of The Fearscape, you’ll already know all about my utter dislike, nay, loathing of ol’ Henry. He’s a special kind of yuck that we don’t get to see much of with leading characters. I particularly like it when he talks directly to us, the “casual reader”. It is in these moments where he see his internal dialogue spew forth, often using literary jargon to try and sway and confuse us. You see, Henry is worried about how we perceive him, hence why these moments of manipulation and falsehoods are so much fun to read. I like seeing a bad guy feel uncomfortable. Once again, ace job and mega kudos to Ryan O’Sullivan for creating such a despicable trainwreck of a character, that we can’t tear our eyes from.

I also want to talk a little about the great pacing of this comic. Plot developments have progressively been unfolding at a rapid rate, as we come close to climactic events. I rather like the combination of smooth storytelling, juxtaposed alongside the jarring interruptions of Henry’s monologues. 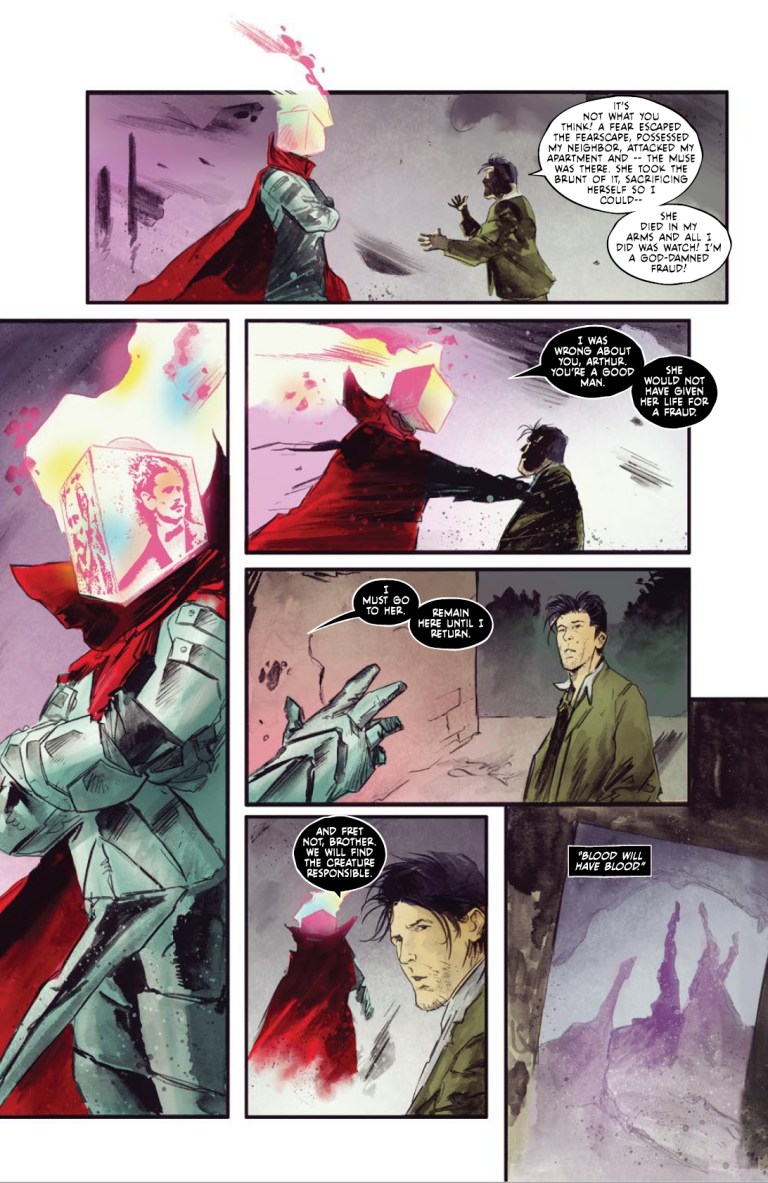 I really like the moodiness of Andrea Mutti’s art. There are some pretty intense scenes that unfold in this issue, with the heated confrontation of the hero and the First Fear coming to mind. Mutti’s use of heavy inks and dark shading really lend an uneasy quality to the story, whilst also reinforcing a deep sense of foreboding. It also looks incredibly pretty. I also find that the angelic quality of the Muse to be a lovely contrast to all of the dark elements on the page. She is somewhat ethereal looking with her kind face and golden aura. The colouring by Vladimir Popov is quite striking in this issue, mostly during those intense scenes involving the hero and First Fear. This is probably some of the most vibrant colouring we’ve seen in this story so far, making the spells and magic come alive on the page.

Overall, I love this comic. I really have nothing negative to say about it. The writing is clever, and the art is lovely, and if you aren’t reading it already, what the hell are you doing? 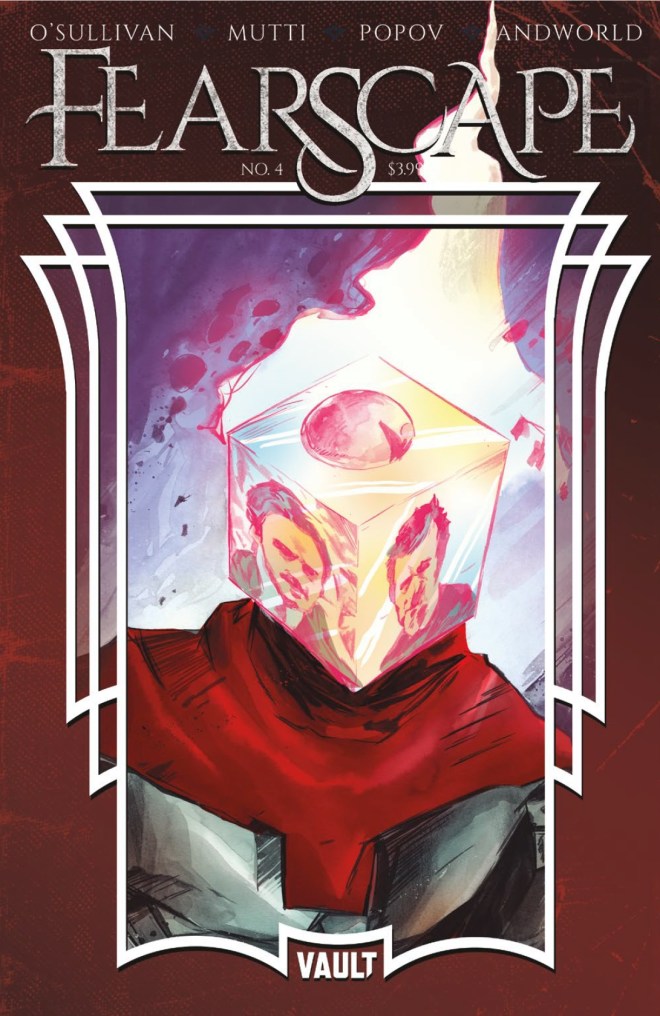