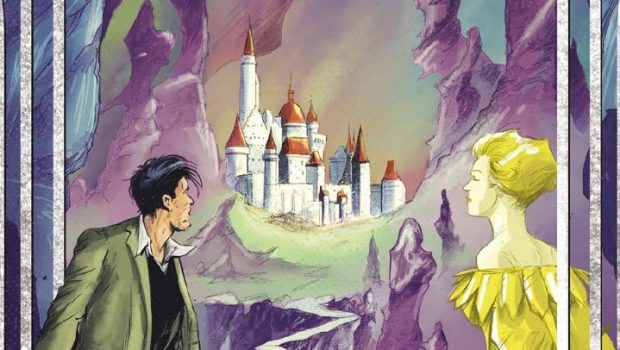 Summary: Henry ventures forth onto the Fearscape, where he must face his first challenge.

Our “greatest storyteller” Henry Henry ventures forth into the Fearscape where he must face his first trial. Unfortunately for Henry, things don’t exactly unfold as planned, and in his personal quest to uncover the “secrets of the novel” he inadvertently unleashes something big and bad. 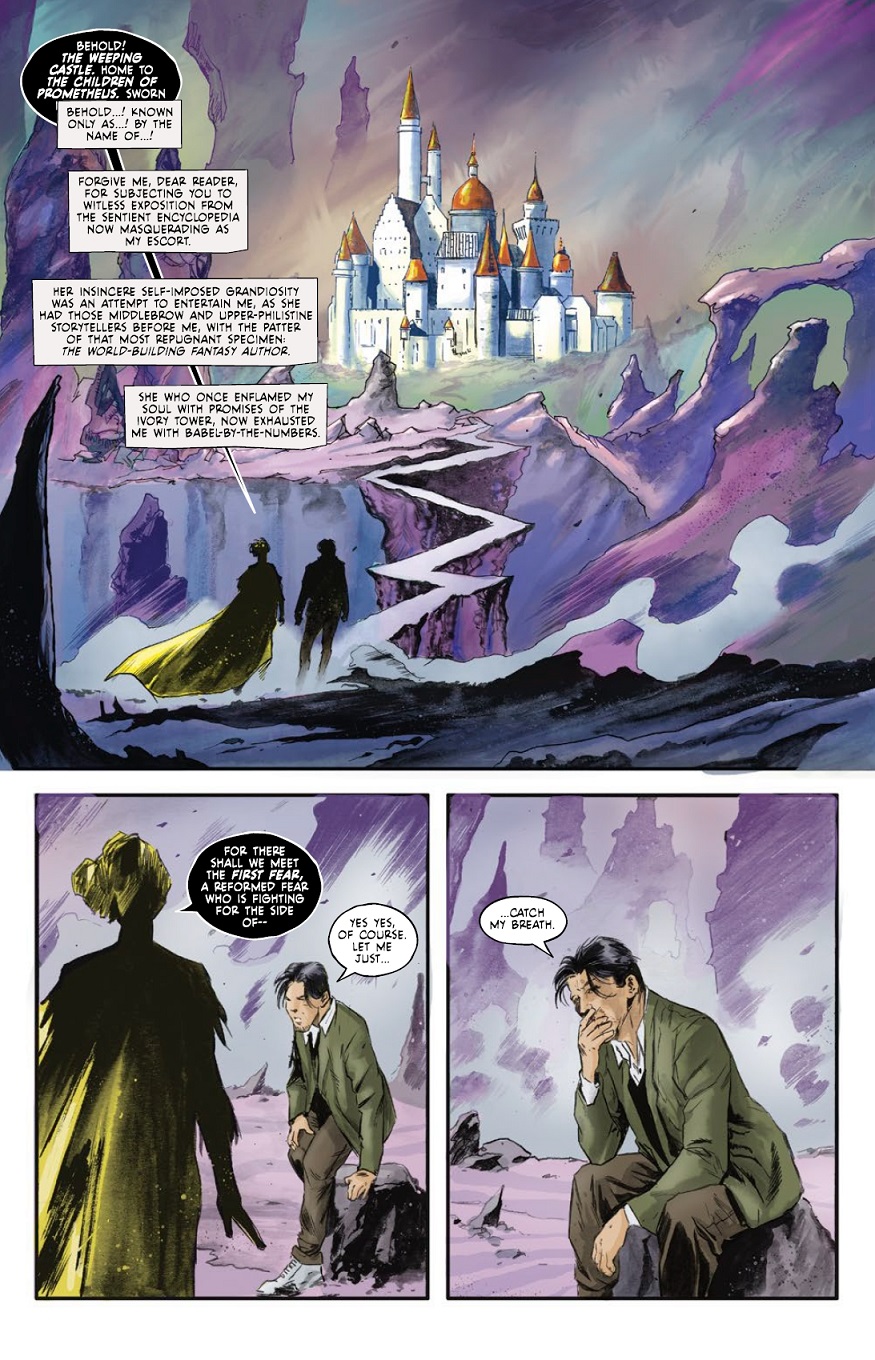 Onwards and upwards, Henry delves deeper into the Fearscape, all the while still masquerading as the greatest storyteller of our generation. His guide leads him towards the ominous sounding “Weeping Castle”, home to the Children of Prometheus, and the place where he will meet with the First Fear. At the threshold of the castle, Henry encounters a cloaked figure, who sees through Henry and warns him against thinking so much…rather counteractive advice for a writer! It is from this point on that we begin to see the first cracks in Henry’s façade, as he begins to become paranoid and anxious that his deception has been discovered.

After entering the castle, Henry goes on a boat ride, has an encounter with light, the Hero With A 1000 Faces and comes face to face with a seductive siren. We also get a small glimpse into his heart, which has manifested itself as a person who converses with him over tea. His heart asks probing questions, trying to unravel a deep secret that he is hiding. At this point Henry freaks out and during this moment decides to run away instead of facing his secrets. All of these events have an accumulative effect on Henry, slowly chipping away at his ego and arrogance, replacing it instead with fear and self-doubt. Unfortunately, through his actions, Henry seems to have unleashed a dark and powerful force, and in turn, causes more problems for the Fearscape, rather than being its saviour. 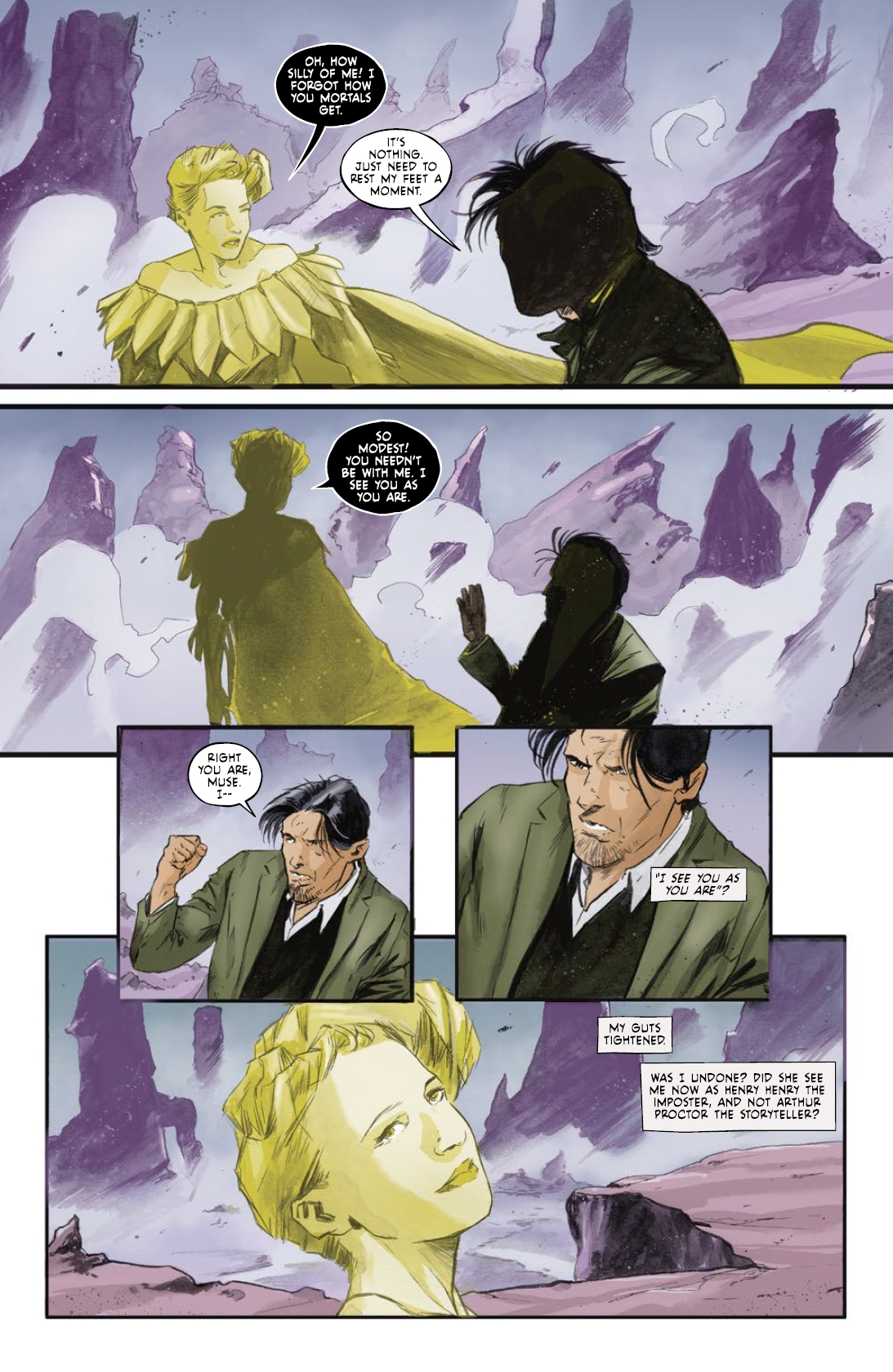 OK, so let me just begin by saying that Henry Henry stresses me out, and I’m not entirely sure I like the guy. I suspect that he is cooking up some crafty plan of deception, that will no doubt end badly for everyone involved, including himself. He is clever, reckless, arrogant and unashamed about his ego and sense of self-worth. I rather like how Ryan O’Sullivan has placed such qualities in his leading protagonist, making him a rather unlikeable and odious kind of guy. What’s even more interesting is the fact that we now know that ol’ mate Henry is hiding something from us. There is a small moment in the narrative, where he lets his guard down, allowing for us to have a small glimpse into his heart. This naturally piques my curiosity, as begin to ponder what dark secret Henry has and question why he is hiding it from us.

Andrea Mutti weaves a gorgeous visual narrative, that is wonderfully detailed, textured and emotive. I really love the diversity we see in this issue, as we traverse the Fearscape and explore the ever-changing landscape and its otherworldly features. Filled with rugged mountains, imposing castles, lush waterways and estates and chilling encounters with strange creatures. All of it was wonderful and engaging to look at and I thoroughly enjoyed the journey I was taken on. I also love how Mutti captures Henry’s emotional turmoil with a lovely intensity through his use of heavy inking and dramatic linework. I like this, as I find that whilst Henry’s words allude to an image of himself he would like to project, his face betrays him, suggesting the struggle, fear and torment he is experiencing. 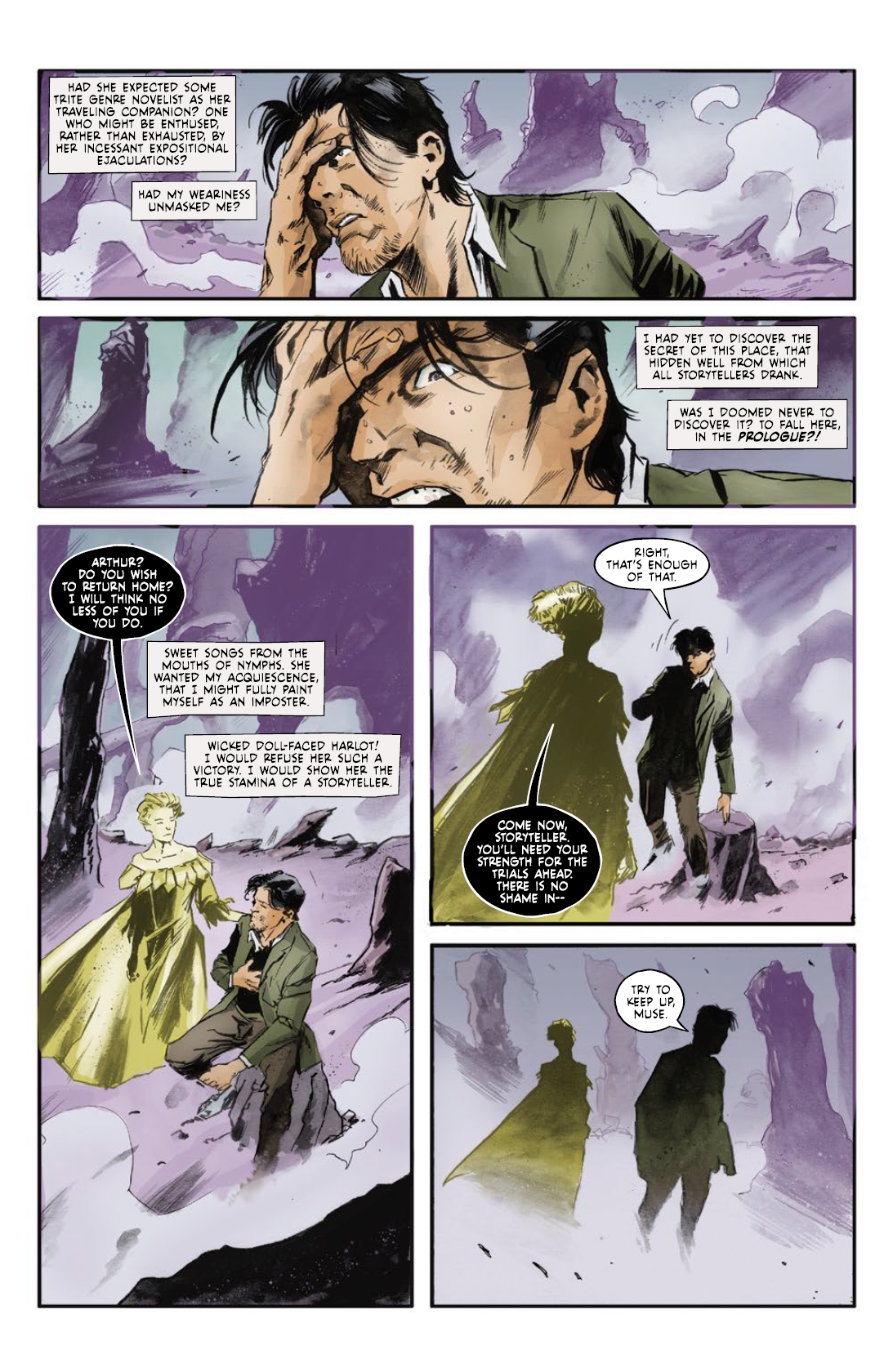 The colouring by Vladimir Popov is dreamy and perfectly heightens the overall shifting tone of the story. It all feels very atmospheric and works really well at achieving a lovely sense of light and reflection. I really enjoyed the palette that we see in the Fearscape, as I thought that the purples and blues really helped to give this place an ethereal quality, whilst also reinforcing the underlying feelings of unease and apprehension that is prevalent.

Overall, I have to say that I’m loving this story. It’s such a compelling read and I applaud Ryan for doing something completely different with his clever and layered storytelling. The journey is intense and funny, and our host, Henry Henry, is an interesting guy that I’m not entirely sure I like. In summary, I reckon everyone should be reading this quality comic. 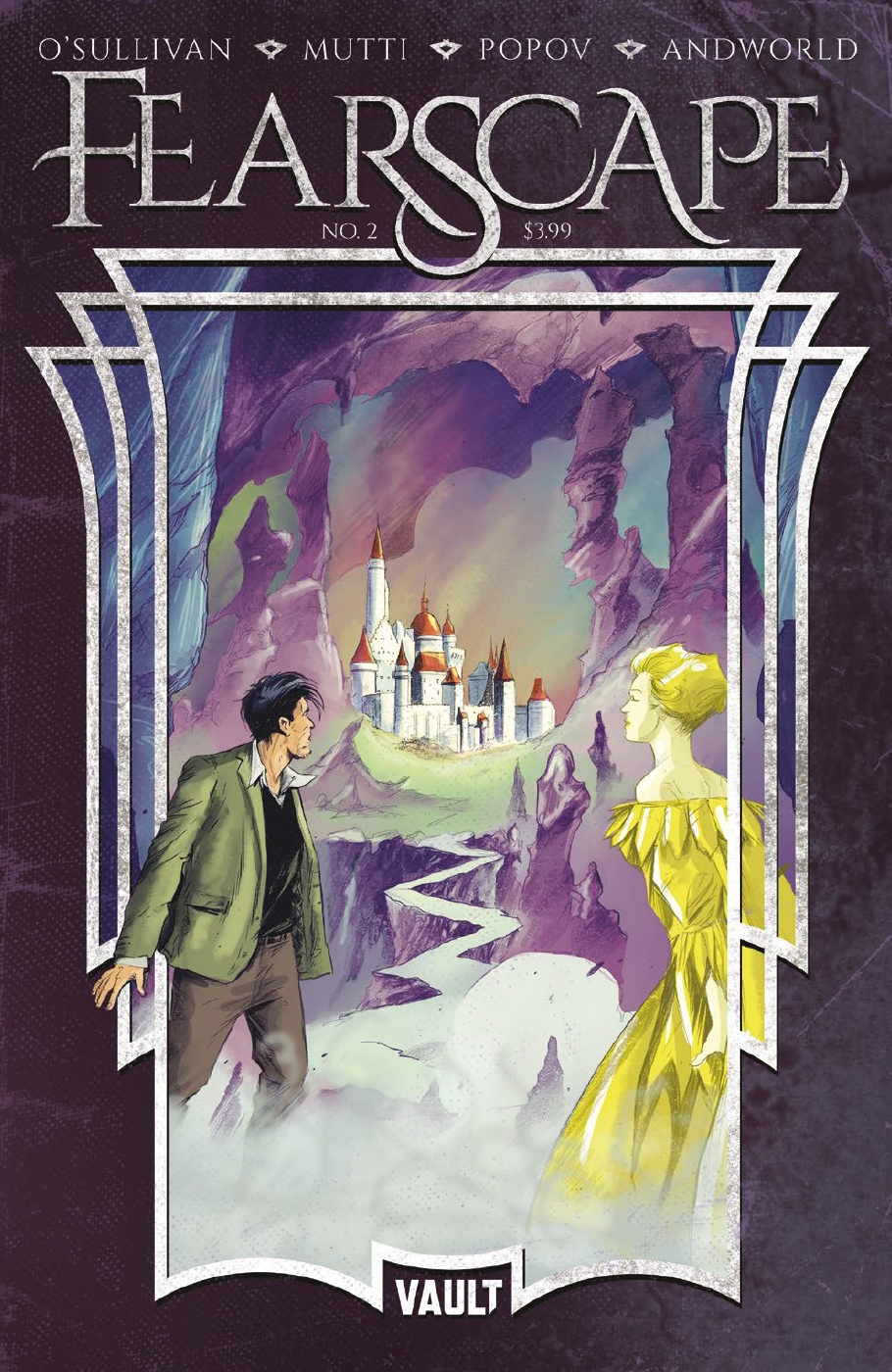 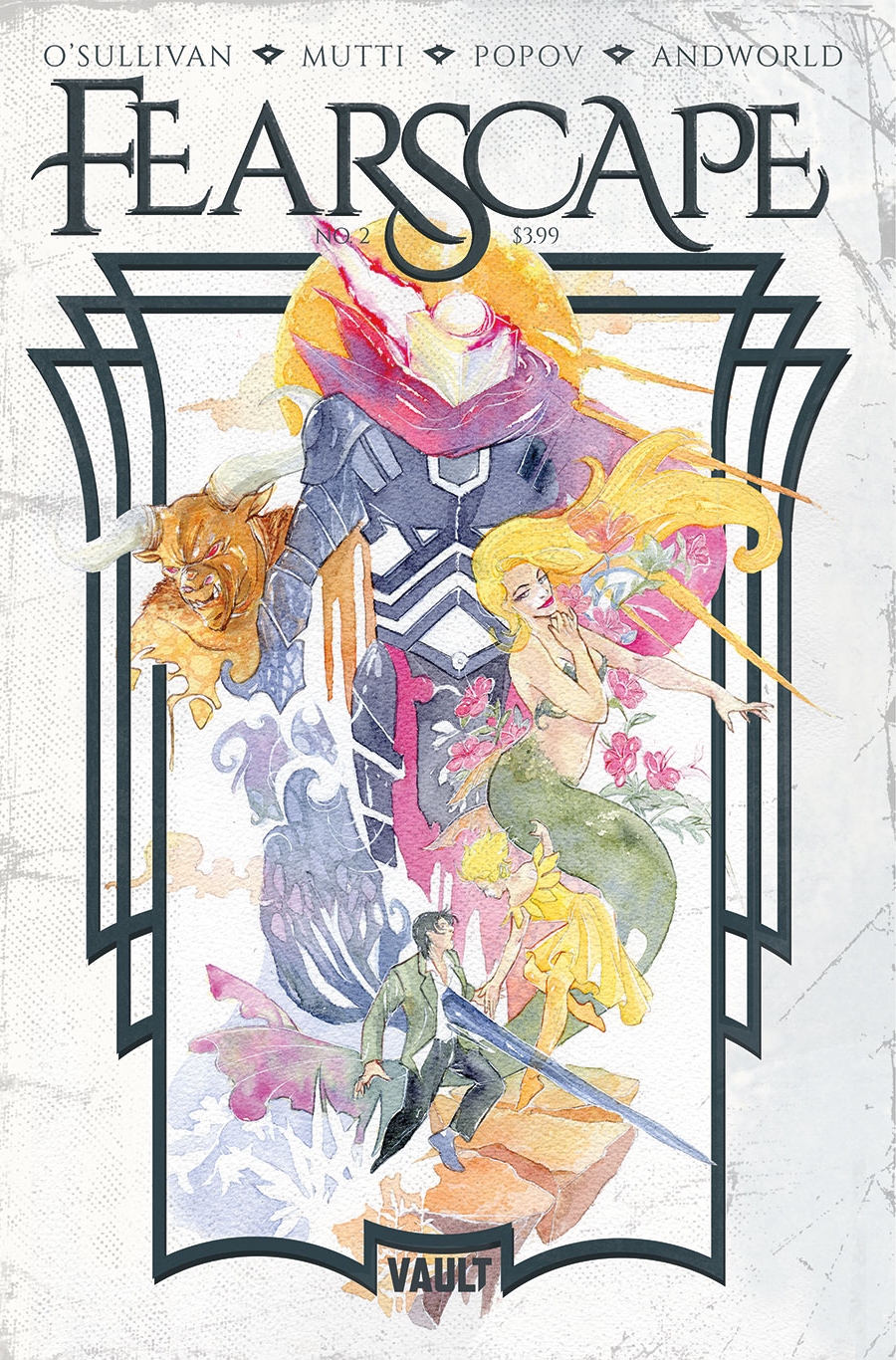