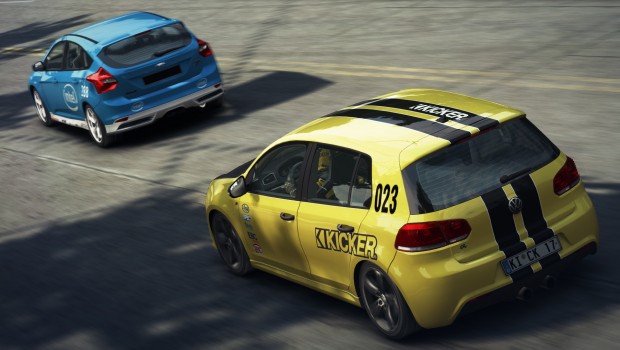 SYDNEY, 18TH June – Today Codemasters® revealed a new video showcasing the Street racing discipline, one of the five unique styles of racing set to star in the game’s new world of professional motorsport!

The video reveals a wide range of GRID Autosport’s cars that compete in the Street discipline going wheel-to-wheel in dramatic and claustrophobic races. The video also features Dan Trent and Matt Burton from PistonHeads (www.pistonheads.com), explaining the Street racing difference and what it’s like to race some of the most exciting cars in the world.

Dan Trent explains what it feels like to race on street circuits, saying, “driving on a tight circuit with no run off is very, very different from driving on the circuits. [With] Tracks with closed fences by the sides, narrow tracks, you get a heightened sense of speed. Everything is ramped up – the fear factor, the excitement, the adrenaline, everything is magnified. You just know that you can’t afford to make any kind of mistake.”

Matt Burton comments on the unique experience of racing supercars as featured in GRID Autosport, “it’s the relentlessness of the acceleration. The exciting thing with a supercar is having that much power that it never quite feels like it’s tailing off. There’s nothing better really when you’re a car fan. It’s like nothing else.”

In GRID Autosport’s Street racing discipline, players take the racing to the asphalt in iconic cities across the world as circuits are carved through the streets of Washington D.C., San Francisco, Paris, Barcelona, Dubai and Chicago. Player reactions and the ability to take chances are put to the test in striking urban environments for a huge range of production cars, from hot hatches like the Mini John Cooper Works GP and the Volkswagen Golf R to supercars like the Pagani Huayra and Mazda Furai and hypercars including the McLaren P1™, Bugatti Veyron 16.4 Super Sport and more. To bring alive the authentic experience of racing in these events, Codemasters has consulted with real-world professional racing drivers who have put these cars through their paces.

GRID Autosport is set to release on June 26th across Australia & New Zealand for the Xbox 360 games and entertainment system from Microsoft, Windows PC and for the PLAYSTATION®3 computer entertainment system. A limited edition of GRID Autosport featuring exclusive additional content including the Mercedes-Benz SLS AMG Coupé Black Series, GRID Autosport Black Edition, is also available to pre-order from select retailers. Fans can keep up with all the latest updates straight from the studio by speeding over to http://www.gridgame.com and www.facebook.com/gridgame or follow the team at www.twitter.com/gridgame.