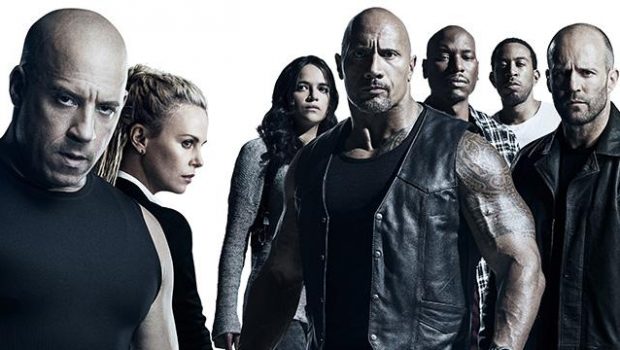 Universal Sony Pictures Home Entertainment is releasing Fate of the Furious – available to own on 4K Ultra HD, Blu-ray™, DVD & Digital from August 2, 2017.

The #1 action film in the world goes full-throttle in the latest exhilarating installment of Fast and Furious. From the shores of Cuba and the streets of New York City to the icy plains off the arctic Barents Sea, the close-knit crew crisscrosses the globe to stop an anarchist from unleashing world chaos — and to bring home the man who made them a family in the nitro-fuelled blockbuster action franchise. Featuring a gripping new story line and the most outrageous collection of vehicles yet, The Fate of the Furious is available on 4K Ultra HD, Blu-ray™, DVD & Digital from 2 August, 2017.

But when a mysterious woman (Oscar winner Charlize Theron, Mad Max: Fury Road, Snow White and the Huntsman) lures Dom back into the world of crime and convinces him to betray those closest to him, the crew faces new trials that will test them as never before.

The Fate of the Furious is the most explosive chapter yet of the action franchise that leaves all others in its dust. The Fate of the Furious is available on 4K Ultra HD, Blu-ray™, DVD & Digital from 2 August, 2017 and the crowning glory of every fan’s collection The Fast and Furious DVD Box Set is available from 2 August, 2017.