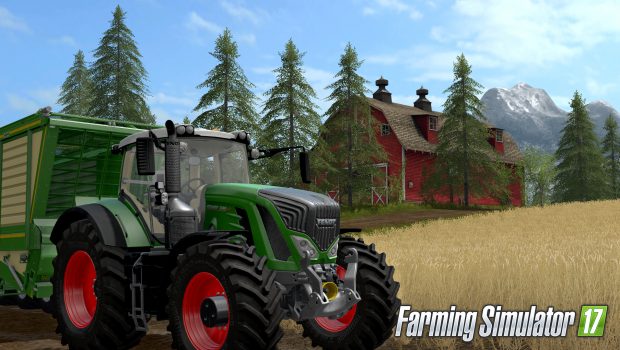 With less than one month before its simultaneous release on PlayStation 4, Xbox One and PC, Farming Simulator 17 unveils a new way for players to quickly transport large quantities of wood and grain across its new and huge environment: drivable trains. Today’s video will showcase the two train lines you can make use of as you travel along the railroads of Goldcrest Valley. Trains can be driven manually on these tracks.

The train is the fastest way to deliver your produce in large quantities. You will find several areas on the map that will allow you to stock, transfer or sell your grain and wood harvests directly from trains. Silos hold your grain, while conveniently placed heavy-duty cranes will allow you to transfer wood between trains or unload it at the sawmill to be processed and sold.

Both lines meet at a central point in the playable area, where you will have the opportunity to transfer goods from one train to the other. For example, you might need to transport wood across half of the map, transfer it to the second train line, then transport it the other half to Stanton Sawmill where you can process it into wood chips and sell it. There is no risk of losing cargo, as the wagons are equipped with convenient fastening belts to ensure stability of your product.