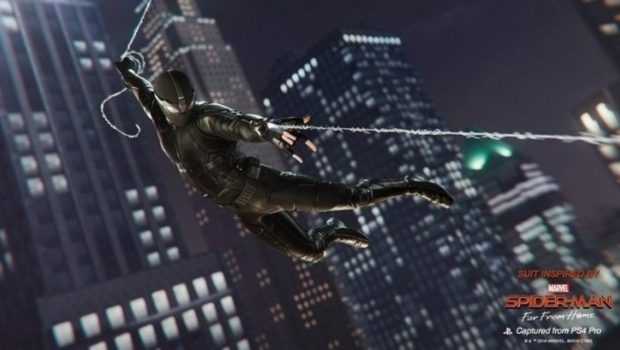 Sony Interactive Entertainment is thrilled to announce that in partnership with Insomniac Games, Marvel and Sony Pictures Entertainment, two brand-new and free suits from Spider-Man: Far From Home are now available to download for Marvel’s Spider-Man, as part of a new update for the game.

Insominac Games took to the PlayStation Blog to share their excitement and more detail around how players can unlock the suit:

“While we’re busy working away here at Insomniac Games, we couldn’t pass up the opportunity to once again team up with Sony Interactive Entertainment, Marvel, and Sony Pictures Entertainment to celebrate the release of Spider-Man: Far From Home in theatres now!  As such, we have released a new update for the game via Patch 1.16 that will bring two free brand-new suits from Spider-Man: Far From Home to the game.