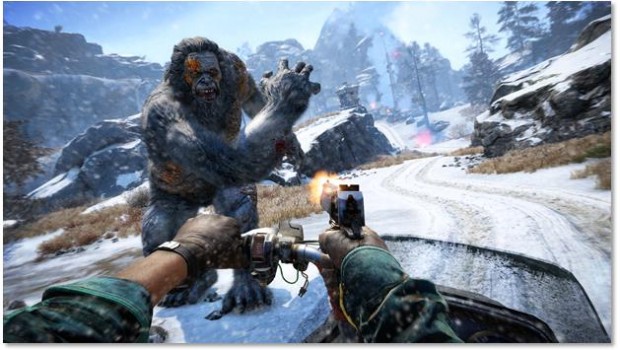 Players step back into the role of Ajay at the moment his helicopter crashes on a perilous Himalayan ridge. Stranded with no shelter, players must capture a camp and guard it from a mysterious cult who will return to reclaim their encampment. If players persevere, they will have more to fear than a stand-off against the cult, as yetis lurk in the shadows. Players can take on Valley of the Yetis in single-player or with a friend in co-op as they fight to survive in the harsh Himalayan Mountains. While searching for a way out of the valley, they will unravel the mysteries behind the yetis.

For more information on the Community Activities, please visit: www.farcrygame.com/community