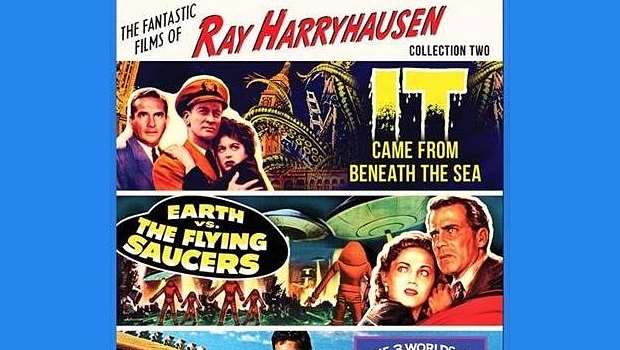 Summary: Three classic Ray Harryhausen films plus a wealth of extras make this essential for any cinematic special effects buff or classic B movie fans collection.

When I was a child my dad borrowed a Super 8 camera from a work mate and our family made some little movies. Now most people would do the standard film a family holiday or some such… we made stop motion animations. Plasticine and lego characters performing a little scene with a model railway backdrop. That simple animation may well have been inspired in part by the works of Mr Ray Harryhausen, a name that represents a giant leap in special effects to many movie lovers. This second collection of Ray Harryhausen films brings us more of his innovative work and it’s easy to see how he influenced the world of film for generations to come. 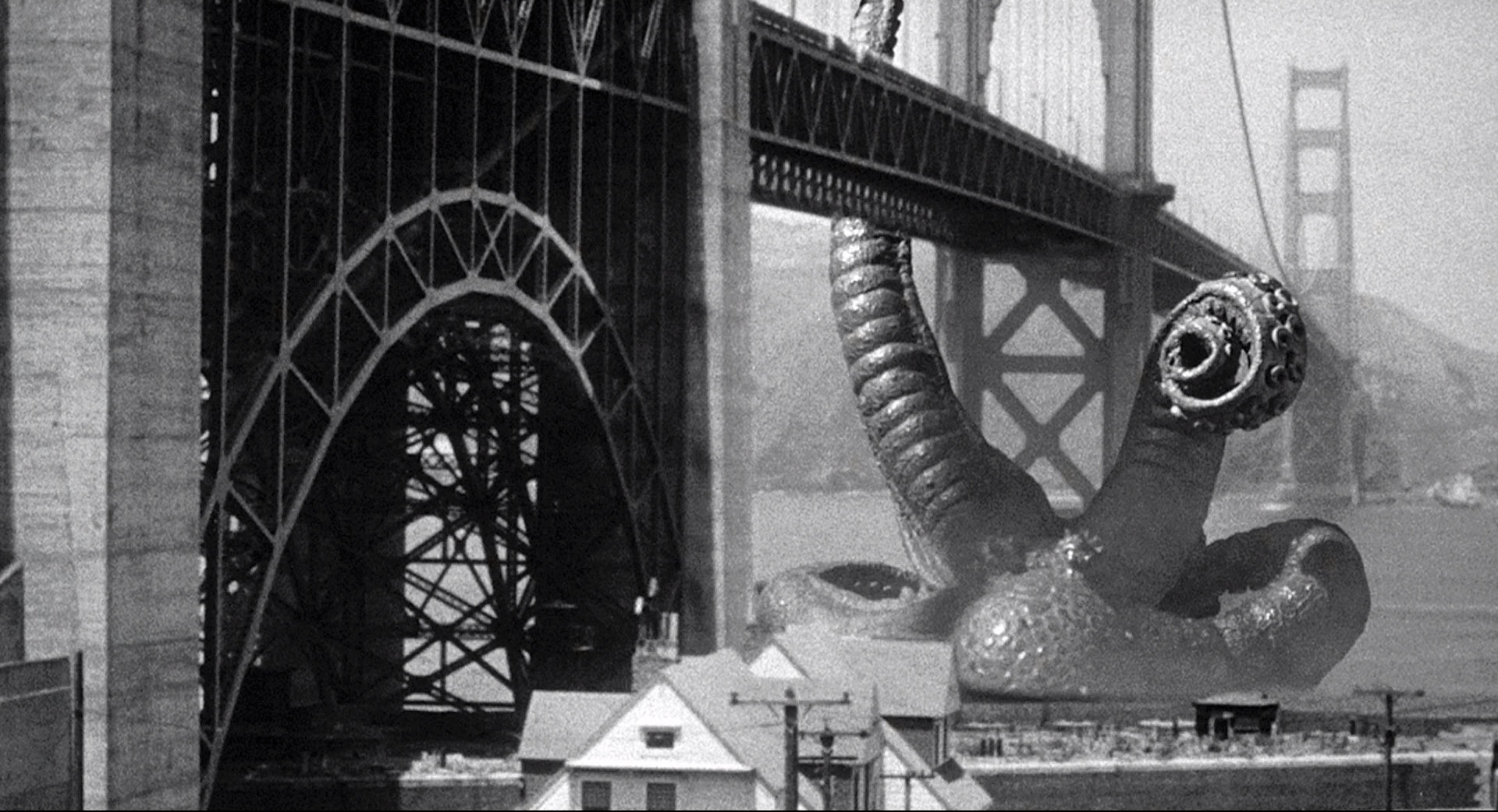 The three movies here are “It Came From Beneath The Sea”, “Earth Vs The Flying Saucers” and “The 3 Worlds Of Gulliver”. I will be blunt and say that the stories and the acting aren’t always the best… but there’s a good chance you aren’t here for those aspects. The special effects are what make these movies and though arguably a bit rough compared to our modern block busters… the techniques are arguably the same… they are just a bit more refined these days. Watching the movies I couldn’t help but see their influence in more modern fair… Independance Day looks a little like a more modern retelling of Earth Vs The Flying Saucers especially when you get to the end assault. But that’s kind of the point, much like Mr Harryhausen states he was inspired by King Kong, many aspiring film makers have been inspired by the works of Mr Harryhausen (if you hadn’t noticed the name of the restaurant in Monsters Inc. before… you may take extra note of it now). 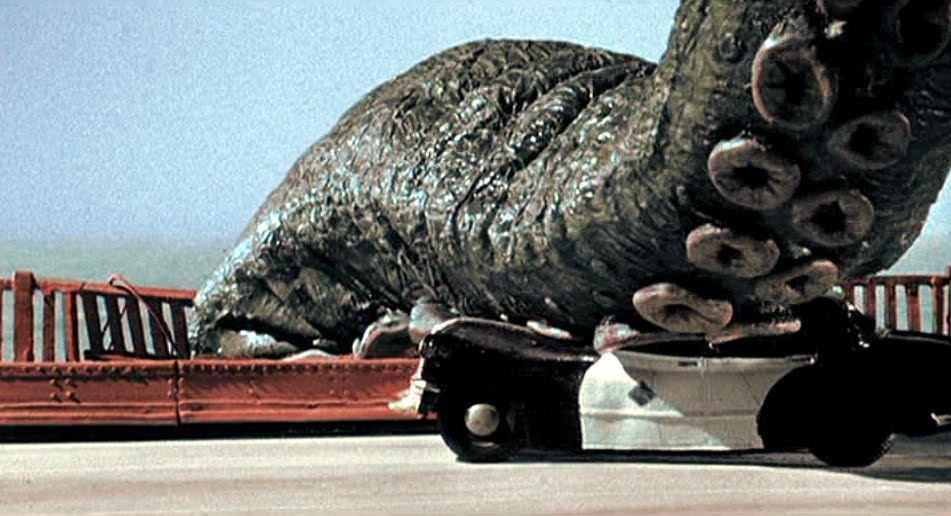 These three movies incorporate just some of Ray Harryhausen’s magic… the flying saucers which he notes in one of the extras he made with little grooves in them so they would look more interesting when rotating as they flew. The octopus that had to interact with humans and their environment and Gulliver who had to interact with other humans… but of different scales. Things that today seem so simple (and arguably comparatively are given modern computing and tools) were ground breaking at the time. 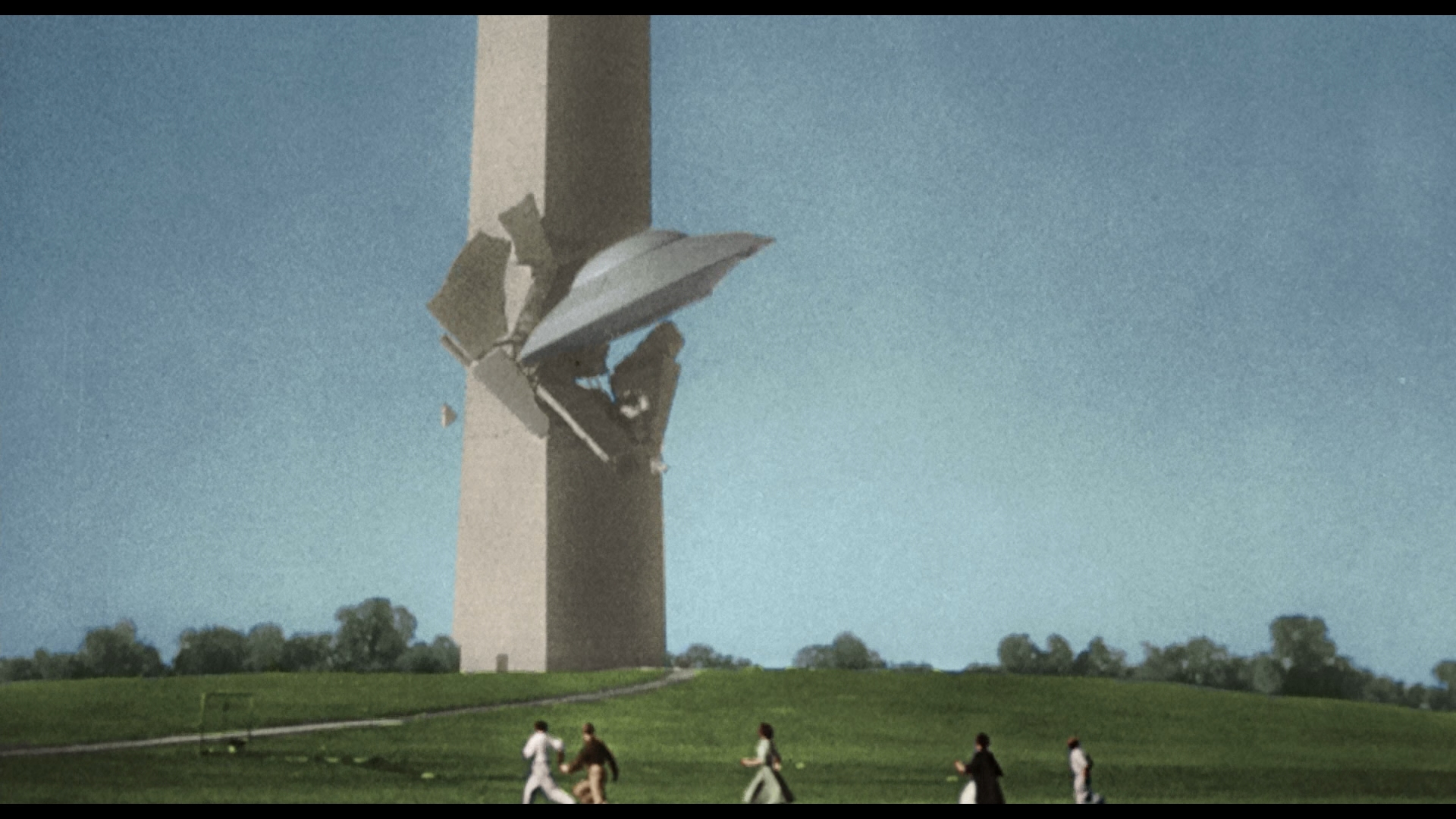 Visually the films give the viewer two options, the original black and white or a colourised version. Now before you get all purist and say “well only the original black and white, as it was made!” it’s important to note that Mr Harryhausen himself said they wanted to film these in colour and would have done if they had the budget… as he says to Tim Burton in one of the extra features, he is very happy with the colourised versions. The sound is what it is… it’s a simple stereo output but it would be a bit over the top to expect a complete remix to surround so we can’t really complain about that. 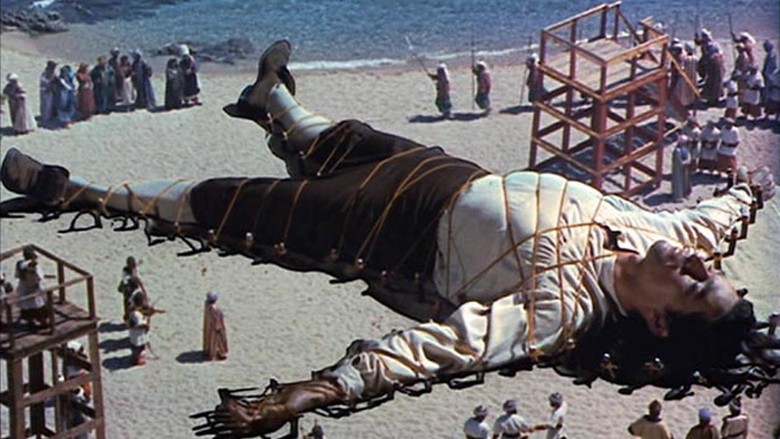 But the extra features are arguably what make this collection so special. Getting to listen to Ray Harryhausen himself talk about his work and what he has achieved is fascinating. The subtle things that made his creatures really come to life and as he says, become sympathetic characters that you feel for, sometimes more than the humans in the movies. As you watch these movies… consider the fact that you have access to making your own stop motion movies… if you have a digital camera (or at least a phone with a camera)… you can find free software to help you put the images together… yes you too can follow in Ray Harryhausen’s footsteps and I think he’d like to think he has inspired more people to bring otherwise inanimate objects to life. So grab yourself a copy, absorb the films and extra features… and see what you can make yourself!