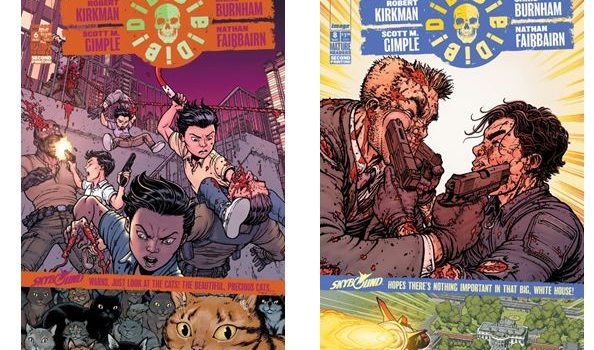 Image/Skybound Entertainment is pleased to announce that Die!Die!Die! #6 and Die!Die!Die! #8 by Robert Kirkman (Oblivion Song, The Walking Dead), Scott Gimple (AMC’s The Walking Dead TV show), and Chris Burnham (Nameless) are being rushed back to print in order to keep up with customer demand for this boundary-pushing new series.

Die!Die!Die! #6 and Die!Die!Die! #8 are some of the most in-your-face, violent, and mind-blowing installments of the series that has been ripping the rug out from under the industry with each new punch thrown.