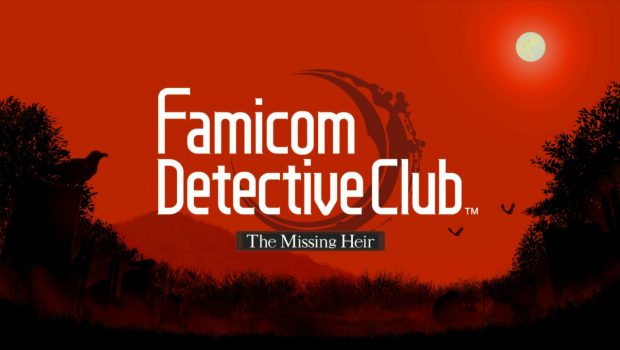 Summary: The Famicom Detective Club series has been remastered for the Switch and while the games look and sound great, the gameplay is a little outdated.

We all know Nintendo loves to remaster legacy games from their back-catalogue onto the Switch, but I don’t think anyone could have predicted that we would see a remaster of a 30 year old game that was never released outside of Japan. So when Nintendo announced a remaster of the Famicom Detective Club series, a duology that many people haven’t even heard of, I was left feeling a little bewildered. After playing through both titles, I continue to feel bewildered as to why the graphics received such a major overhaul, yet the flaws of the 30 year old game design weren’t addressed. 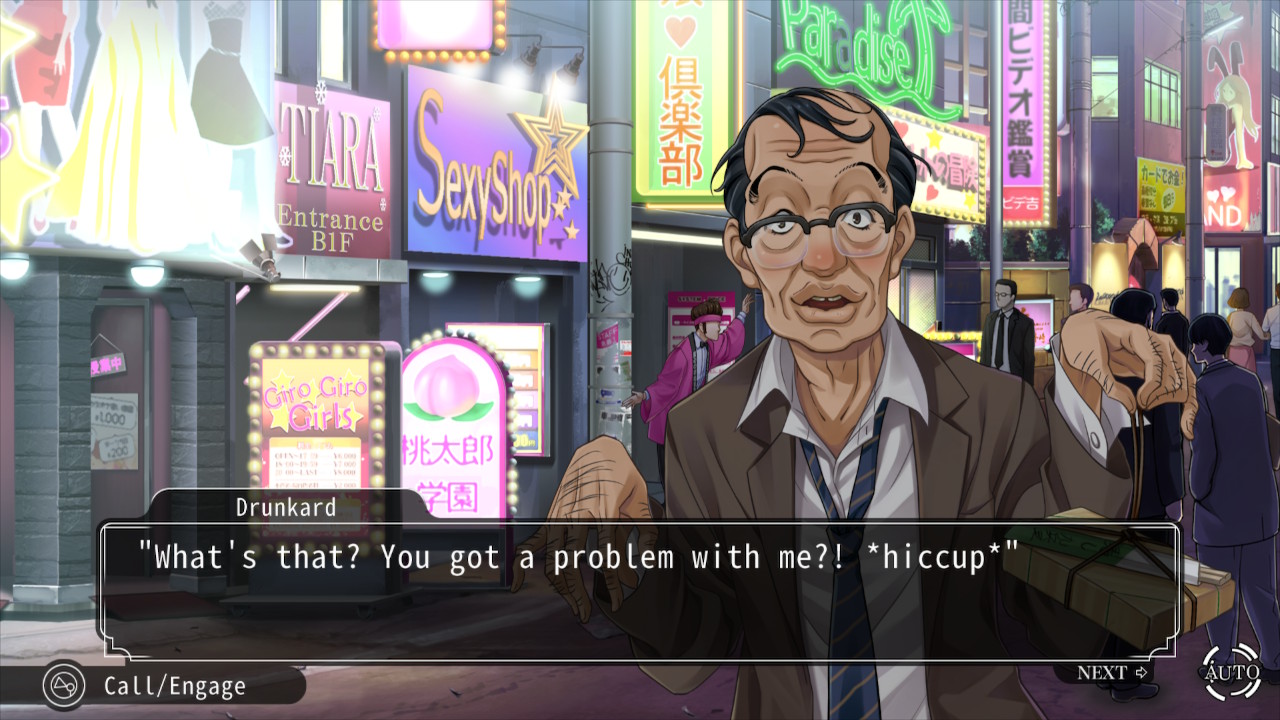 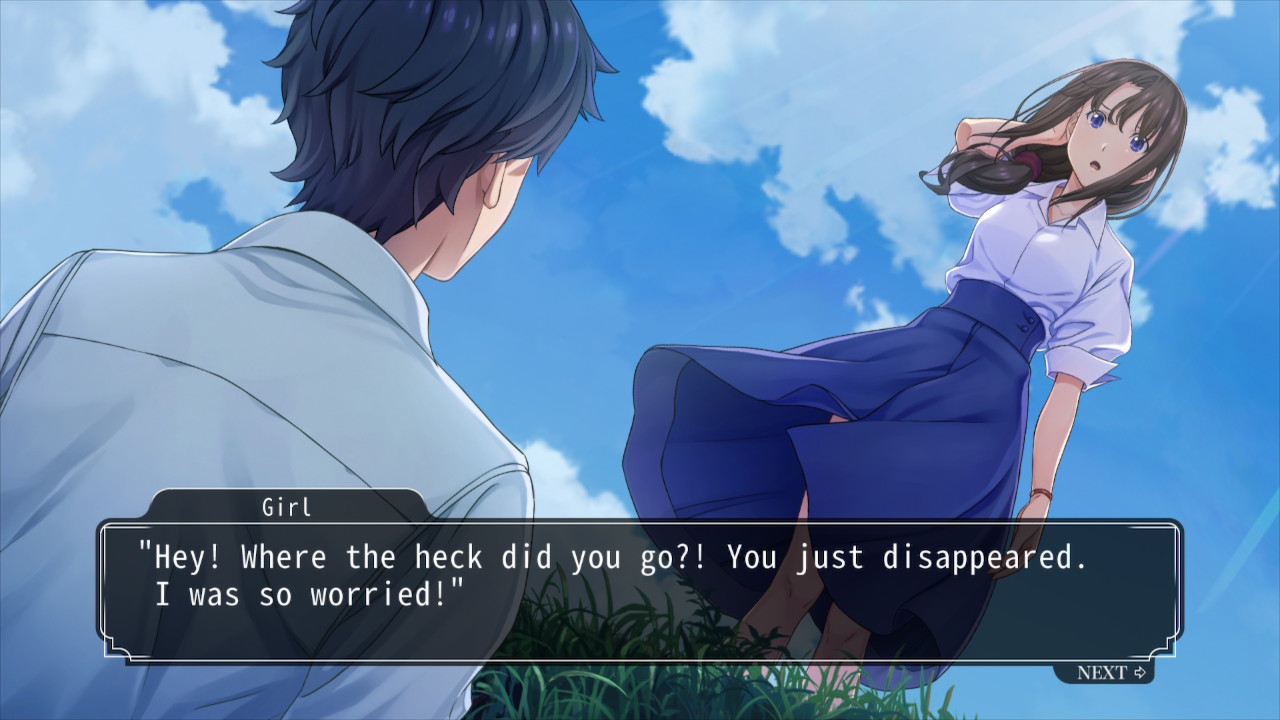 But what exactly is the Famicom Detective Club series all about? Both The Missing Heir and The Girl Who Stands Behind are what we would now classify as belonging to the Visual Novel genre. In both games you play as the same young detective investigating a mystery, where you’ll need to discover clues, interview suspects and speculate on evidence in order to solve the case. The narratives in both The Missing Heir and The Girl Who Stands Behind are enjoyable romps that have a ‘Scooby Doo investigates a high-school murder’ type vibe, which may be a little jarring for some players, but I actually thoroughly enjoyed the story in both games after a brief settling-in period. Unfortunately, the storytelling is hampered by a few missing quality-of-life aspects that you may have come to expect from the modern Visual Novel genre that simply aren’t present in these 30 year-old games. 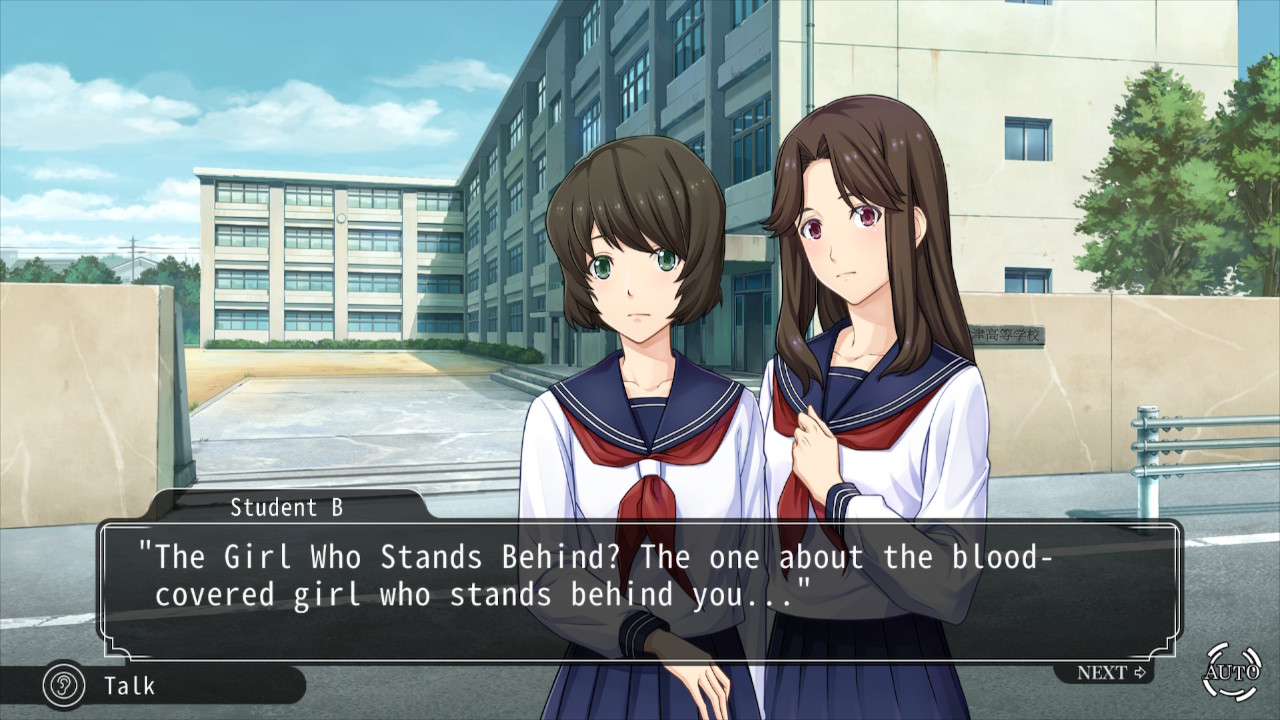 In Visual Novel games, it’s quite common that in order to progress the story, you’ll need to activate a specific dialogue prompt in order to gain certain information, which then leads to additional dialogue options and moves the story onwards. This also applies to Famicom Detective Club, however when exploring dialogue options, you’ll often be required to repeat the same dialogue prompt multiple times in order to wring out all the available information. You may also need to select previous prompts that you already used at the start of the dialogue exchange, or even revisit additional options such as ‘examine surroundings’ multiple times in a row. This causes headaches because there’s no indication that activating a dialogue prompt that you’ve already used will lead to further information. This results in frequent situations where the only way you’ll progress the story is to exhaust every single dialogue option multiple times (of which there can be over a dozen available to you), hoping that you’ll stumble upon the magical prompt the game is looking for in order to offer up new information. 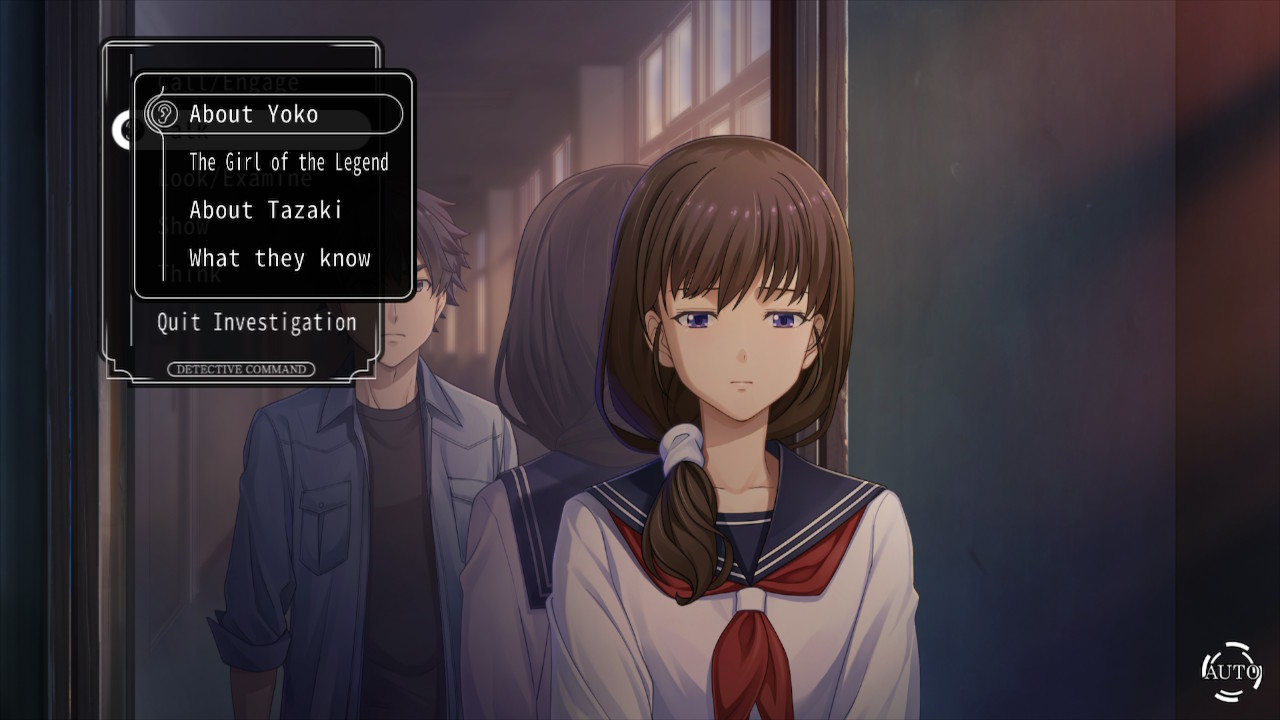 This is my biggest grievance with Famicom Detective Club as these situations happen quite often, instantly breaking the immersion of the game and ruining any sense that you may be using your own powers of deduction to solve the mystery. From a gameplay sense, it often feels like you’re clumsily forcing your way through the dialogue sequences rather than having a natural conversation with these characters. In these moments I also find myself asking whether I would enjoy this story more if I were simply watching the drama play out in an anime episode or reading it in a comic. I understand that these systems are a relic of the 30 year old game design and there’s a fine line between holding the player’s hand and letting them figure out how to progress on their own, but these issues could have been addressed during the remastering process. 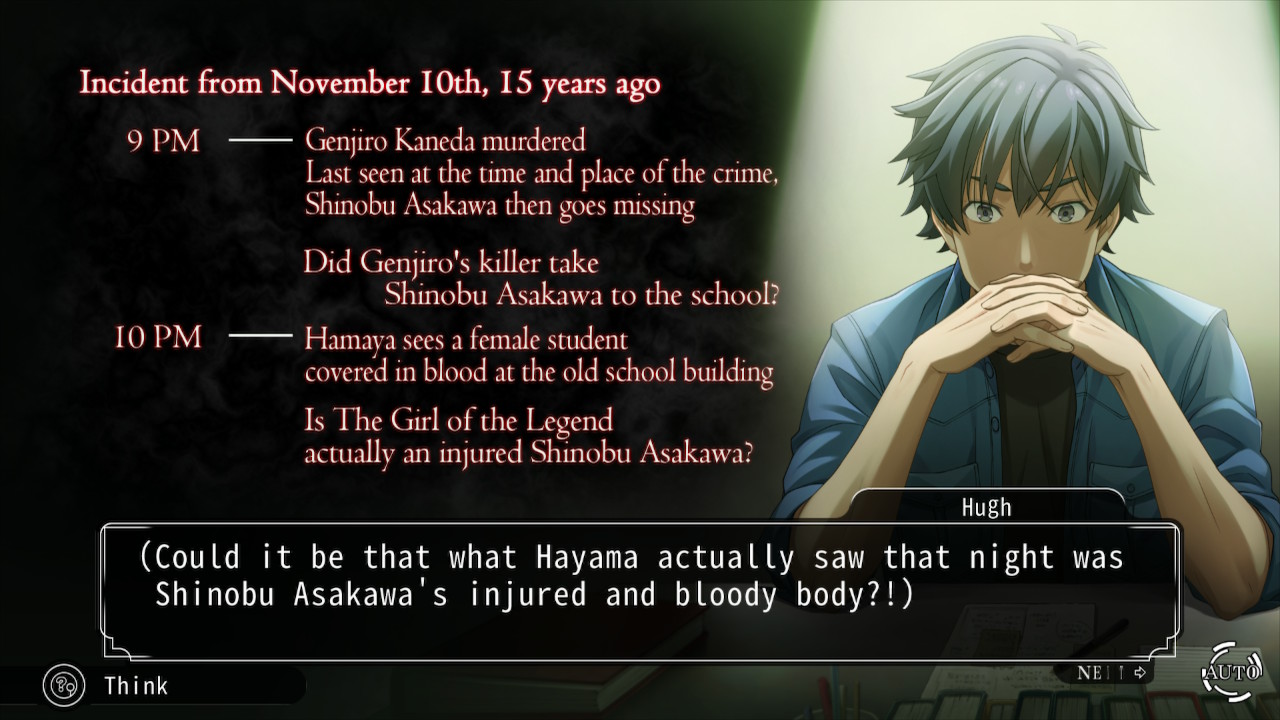 While much of the gameplay remains untouched by the remastering of Famicom Detective Club, one aspect that saw a stunning upgrade is the game’s visuals. What was once a collection of rather rudimentary pixel-art scenes and static images, has now been recreated in beautiful HD imagery with plenty of attention to detail and some great animation flairs too. The characters have been brought to life in ways that were once limited to our imagination and the detail of the gorgeously recreated scenery provides an excellent sense of immersion. There’s a tremendous amount of variation between the characters and set pieces, and the whole game just looks downright sensational. 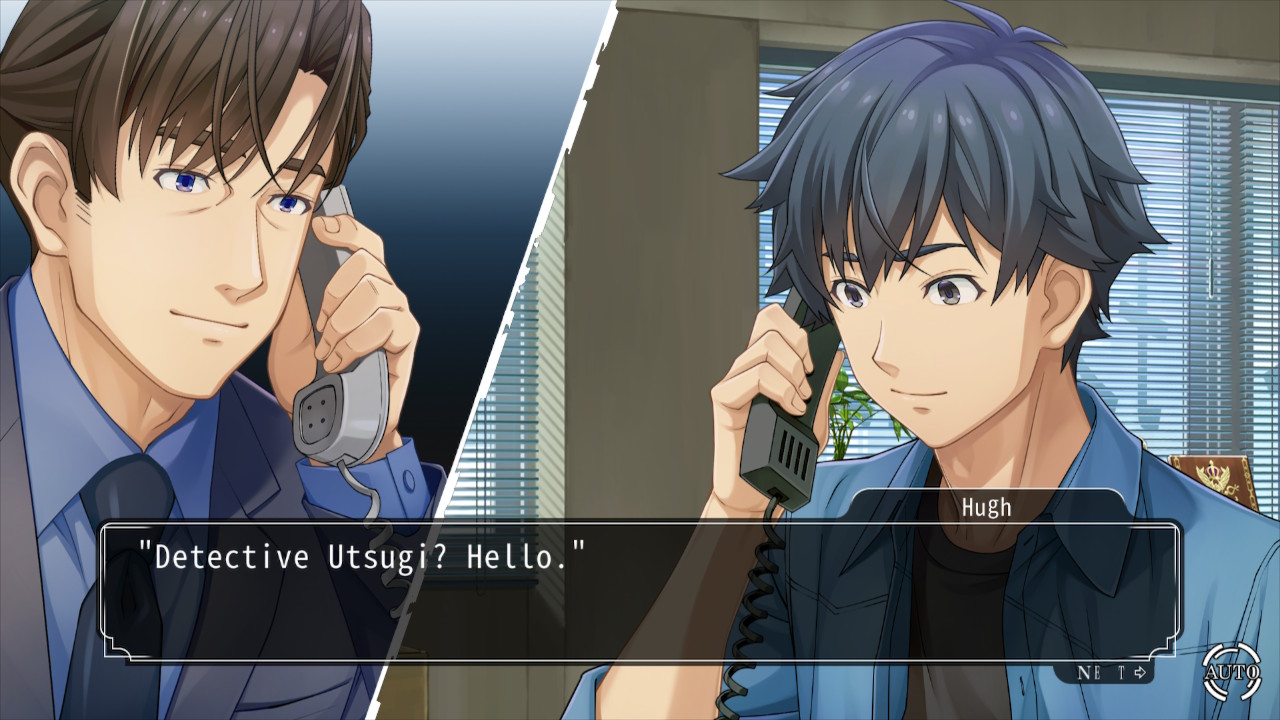 Enhancing this sense of immersion is the game’s full Japanese voice acting, another excellent feature added in the remastered versions of Famicom Detective Club. Admittedly I don’t speak a lick of Japanese, but the enthusiasm of the Japanese dialogue crosses all language barriers and works wonderfully to bring each of the characters to life. There seems to be a good variety of voice actors or vocal performances too, so each of the characters you meet will have a unique vocal style to complement the dialogue text. 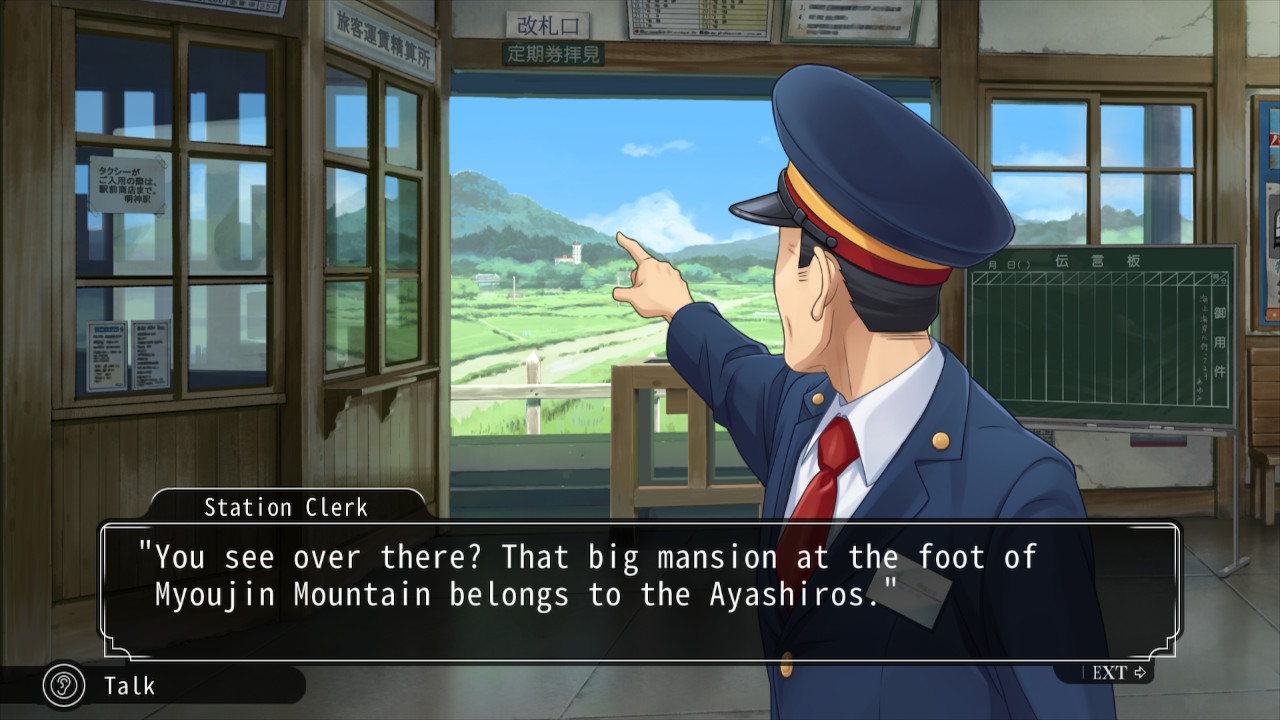 The final cherry ontop of Famicom Detective Club’s excellent remastering treatment is the completely revitalised soundtrack. You can switch back and forth between the original chiptune soundtrack and the remastered version at any time through the options menu. It’s a real treat to explore the rejuvenated soundtracks for different scenes during the game, and while I have no dormant nostalgia for the original OST, it’s still fascinating to experience the original arrangements and compare them to their remastered companion pieces. 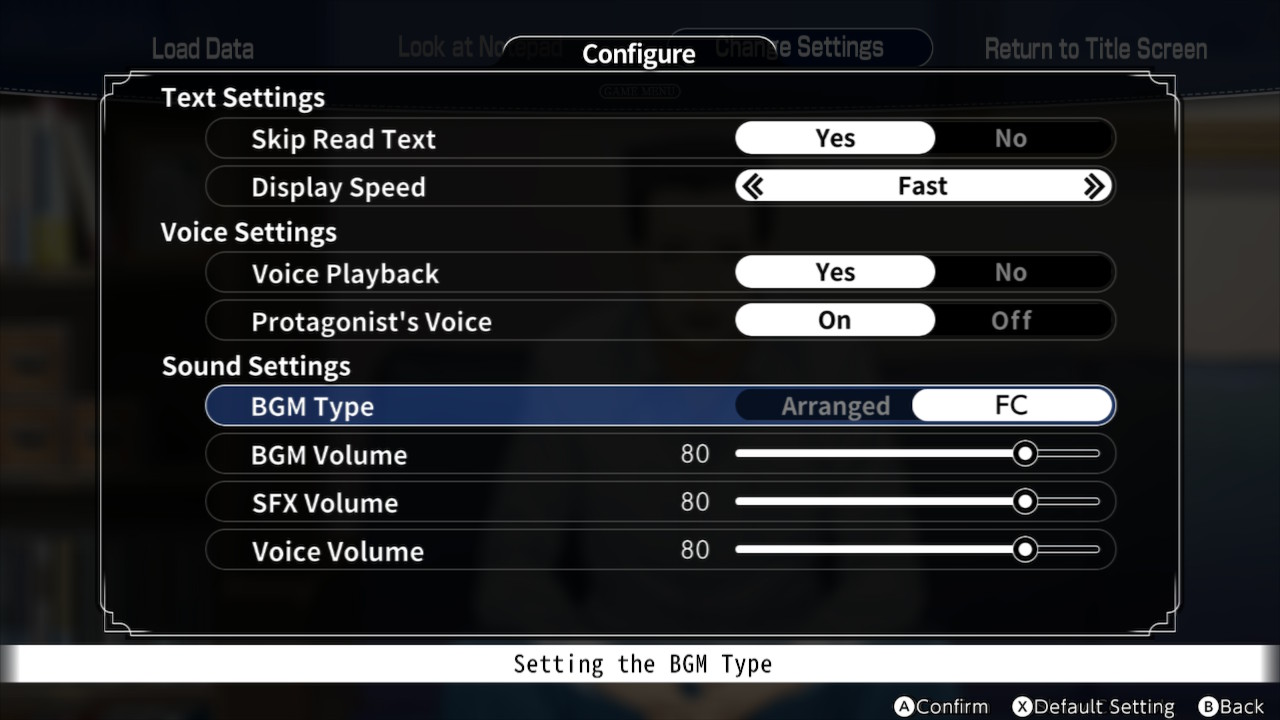 Both Famicom Detective Club: The Missing Heir and Famicom Detective Club: The Girl Who Stands Behind are fascinating remaster projects. They both tell deep, interesting stories and they both look and sound like state-of-the-art visual novels, but both games play like a clunky edutainment adventure game you might find on a primary school computer. Despite the ceaseless issues that I have with the clunky gameplay, I enjoyed my time with both The Missing Heir and The Girl Who Stands Behind. The narratives are compelling enough for me to brush aside some archaic gameplay flaws, and both games have a tremendous aesthetic that hooked me from the start. 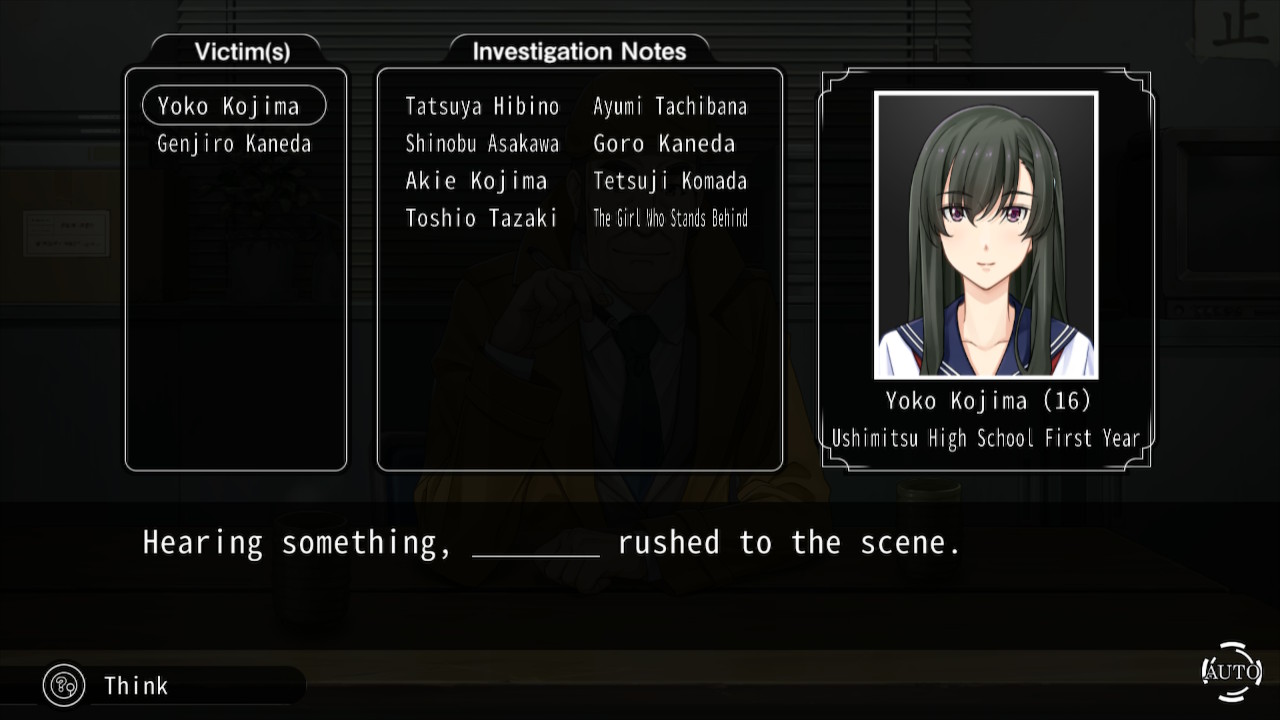