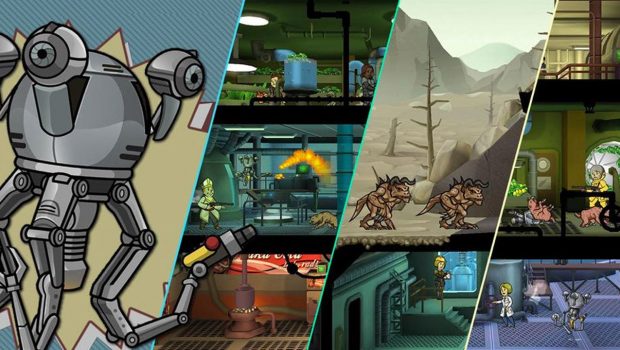 Fallout Shelter Update 1.5 is now here to make your life as an Overseer much easier!

With Update 1.5, you can scrap your unwanted items and turn them into Junk to build even more gear. This is your chance to clear out the clutter in your Storage rooms and craft some cool new stuff. We’ve also added new customization options to the Barbershop and new civilian outfits to craft or find in lunchboxes.  You’ll hardly even recognize your dwellers when you’re done with them. You can even make them look like Ghouls! Overseers using an iPhone 6s or 6s Plus can now take advantage of Fallout Shelter’s new 3D Touch support. With 3D Touch you can load directly into your vaults, skipping the main menu. You can also use 3D Touch to assign Dwellers to rooms and access storage just by tapping on any Storage Room.

Fallout Shelter was an instant smash hit when it launched on iOS on June 14, 2015, climbing to the top of the charts and beating Candy Crush to become the third-highest-grossing game on the App Store in its first week.  Since its launch, Fallout Shelter has added a ton of new features – including new rooms, characters from Fallout 4, pets, new outfits, and weapons. In the last update (Update 1.4), crafting was added to the world of Fallout Shelter giving you the ability to make weapons, armor, and outfits. We also introduced the ability to collect Junk by sending your Dwellers into the Wasteland and from Lunchboxes because the better the Junk, the better items you can craft! There’s even more on the way, so stay tuned for upcoming updates.

Fallout Shelter is available for free on the App Store or Google Play.