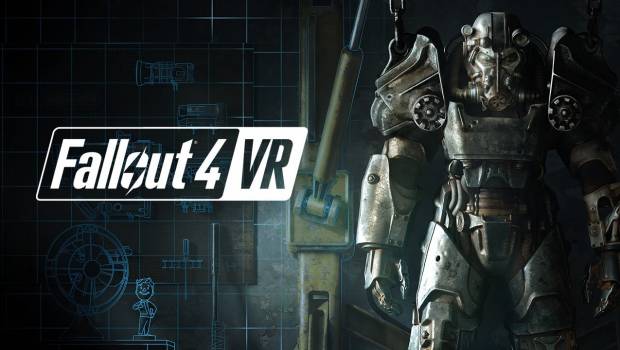 Summary: The AAA title many of us had been waiting for is finally here, does it live up to the hype or should it be left in the Wasteland? (ok given you can see the stars just there it's obvious what I thought... but read on anyway ;) )

This is it. This is the game I’ve been waiting for… and I mean really waiting. I’m a huge Fallout fan and have been more or less collecting them since Fallout 1 (so ok, I haven’t played Wasteland… but I’ve played most). I was waiting for the main game to come out with the game of the year edition so I could snag it with all the DLC and then they announced they were going to bring it to VR! Well that was it for me… it went so far as determining the VR head set I was going to get. I had used the oculus rift DK2 and was happy with it but when it came time to get my retail release headset I had to opt for the one that would be guaranteed to run Fallout 4 VR and with the legal issues between Oculus and ZeniMax I couldn’t take a chance on the Rift. I got a quick taste of Fallout 4 when Steam allowed a weekend of free play but I wasn’t going to buy the 2D version… I wanted to spend my time in VR and now finally I can and have! 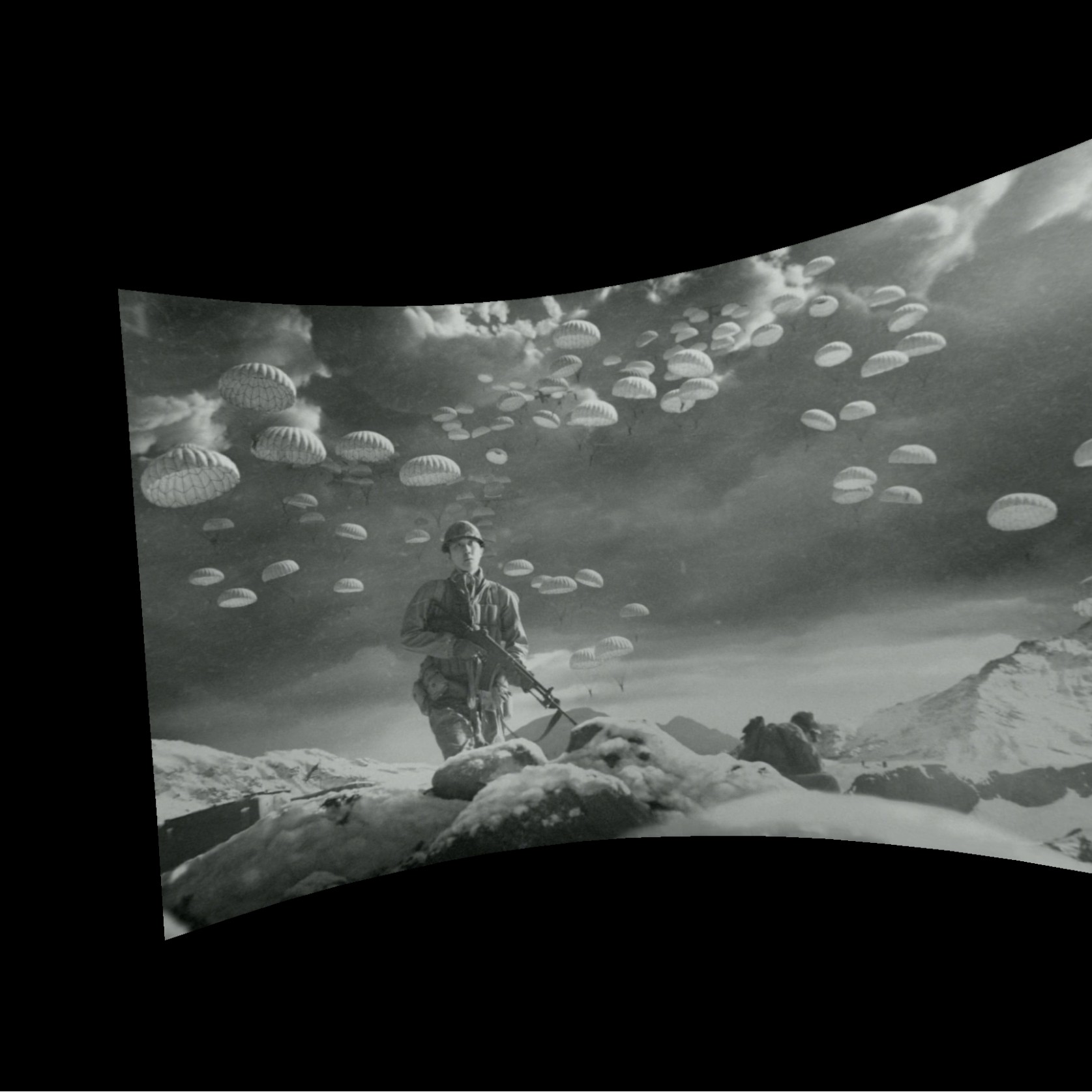 Before I get into the depths of Fallout 4 VR I need to address a few things. Firstly, on day one the game was released with a number of issues, most notably a graphics issue that made the game appear “blurry”. People with top end cards were complaining of poor performance and sub par visuals. While it is easy (and arguably reasonable) to complain that a game isn’t released in a “playable” state… to Bethesda’s credit they had a patch that fixed that problem within the first day (12 to 24 hours). I jumped into the game a few days after release and when I did the patch had been released and I made sure to have it before starting (it was at the time an opt in beta patch… this has since changed and I assume it is just part of the main game’s regular patch now). 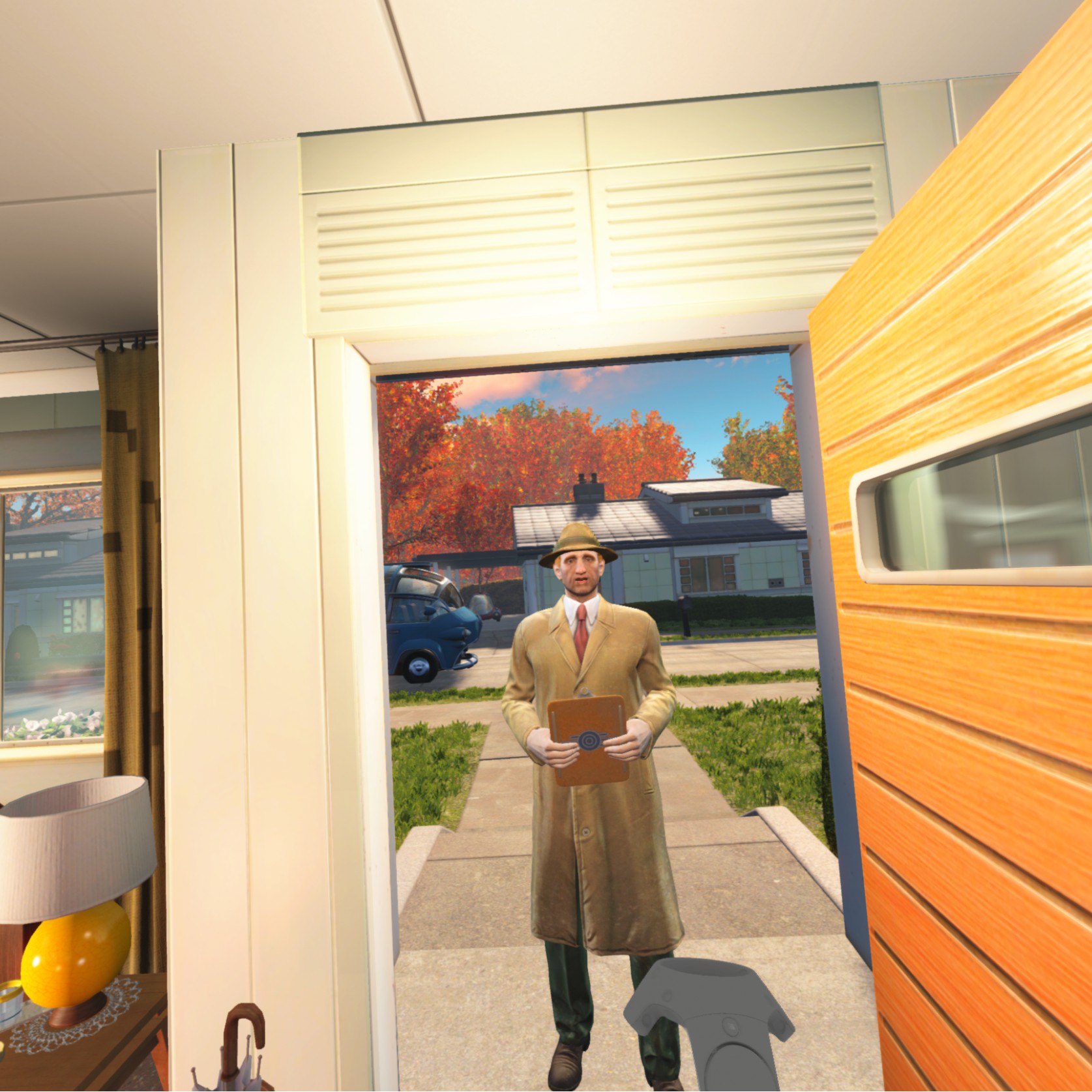 In addition to the complaints of graphics quality (which were reasonable) there were complaints that it didn’t work properly with the Oculus Rift. This I take a bit of issue with. On the Steam page for the game it is very clearly marked as only Vive compatible… now thanks to our wonderful world of wonders and clever people, there are those in the community who have managed to get it working on Oculus Rift and from reports I’ve read it sounds like they have managed to adapt the controls to work more comfortably for them. I don’t have any issues with people running it on a Rift, but complaining that a game doesn’t work on your setup when it’s not listed as supported seems a bit rich. I personally am running it on a system that is quite under minimum spec and take that into consideration… but I wouldn’t hold it against the game if it didn’t run well on my rig. 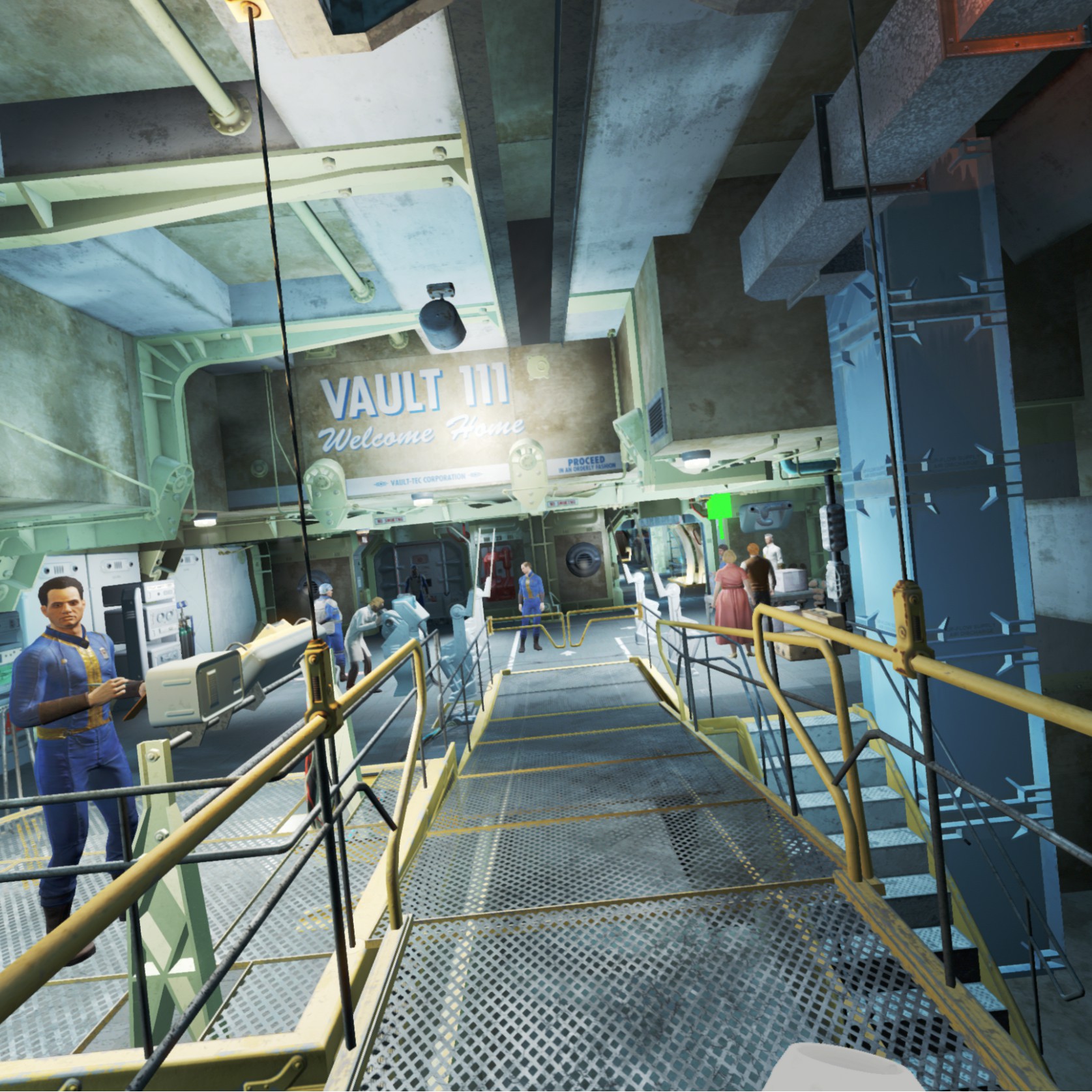 But anyway… the game itself. It opens much like the 2D version with the main difference being that the pregame video is rendered on a giant curved screen and appears as if you are watching at a movie theatre (it’s almost a shame they didn’t use those little illuminated dust motes that some other games add to their cinematic scenes). Character selection is simplified… you don’t have the ability to modify your character’s face… I don’t know if they plan on adding that feature back in at a later date… but for now you more or less just select your gender and the basics and you are off. Movement is a big deal in VR and Bethesda have given a number of options here. You can use the semi-standard teleport or you can use freemovement which basically uses the trackpad to indicate your direction of movement (and you can use it to sprint too). You can use vignetting to help avoid any sense of nausea or you can turn it off. I found the movement to be particularly satisfying. I was a little concerned with how it would be implemented because it can be a bit funny… teleporting can work and some games use it well while others it feels a bit like a break in the immersion. But movement here is nice and smooth and you can snap turn with the opposite wand which is handy for when you just don’t want to turn your physical body. Melee combat is performed… well for lack of a better phrasing, in reality… which is to say that if you want to swing a police baton at an enemy… you swing the Vive wand and hope you hit (though not hope you hit the Vive wand on anything… I’ve done that and the quick sense of concern for the wand and whatever you hit is not good). Your hands/arms aren’t displayed in the game world and for some that can be immersion breaking but I didn’t mind… when a weapon is equipped it is displayed in your right hand (reloading animations are quite nice) and the left hand, when you get it, displays the Pipboy the representation of which can be adjusted in the menus. 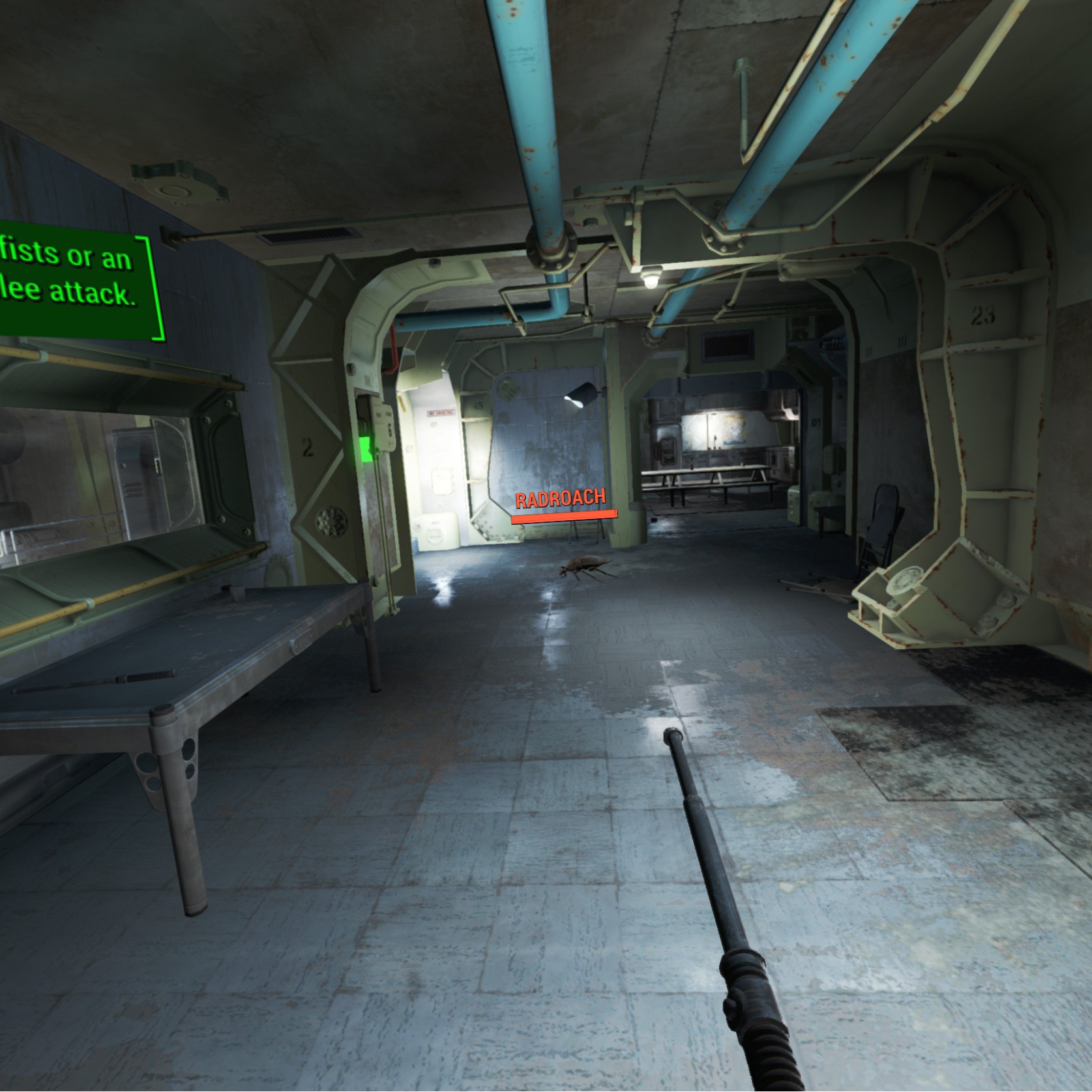 The menu’s are a bit clunky to navigate but even then once I understood better how to do so it became pretty easy to use. I think the main problem here (as many people have mentioned it) is that VR is still such a new experience for many that the standards haven’t been quite so firmly put in place yet. There are still new ways to use the controls and some work better than others. I think the lack of familiarity with any one method will make any navigation a bit confusing to start with… it’s more a case of how comfortable and fluid is it after prolonged exposure and I can say that I am navigating my Pipboy far more accurately and quickly now than I was when I started. 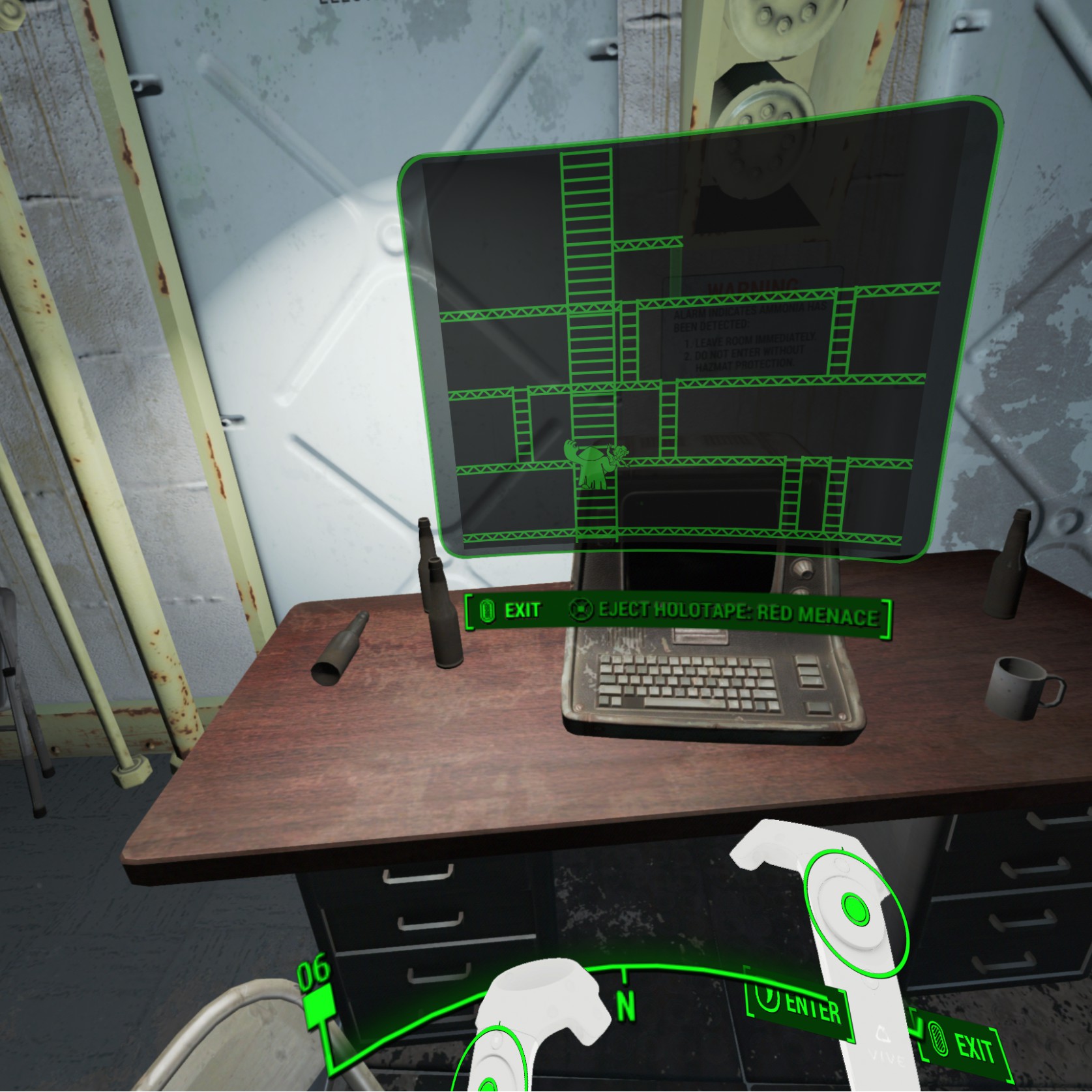 If I can make one point for why VR makes such a difference to the gaming experience it will be gun fights. If you go all the way back to Wolfenstein and Doom your gun was essentially firing straight ahead… you could only look forward not up or down, that was it. Then we had more detailed mouse aiming and suddenly we could look up and shoot people off rooftops. Well with VR you can stand on the edge of a roof top and point your gun over the edge and fire down while you stand back and out of the way of return fire. It may not sound like much but it adds such a new element to the immersion of the game that it really adds a sense of realism and immediacy to the experience. My first gun battle actually came after leaving the vault. When I played the free weekend I went down the hill… this time I noticed there was a gap up the back and went that way instead. I was just peacefully wandering around when I suddenly heard the crack of gun fire… I looked around to try and see where it was coming from and then there was another crack and this time I saw a little puff of a missed shot… I found my target and started racing towards them… gun drawn and firing back. Turns out there were a bunch of Raiders back there and after a very heated and tense moment I had felled my enemy and took stock of my situation. That ability to move the gun completely separate from where you are looking/moving is a huge deal… it means you have another level of flexibility to how you interact with the world and it just increase the immersion to the next level. 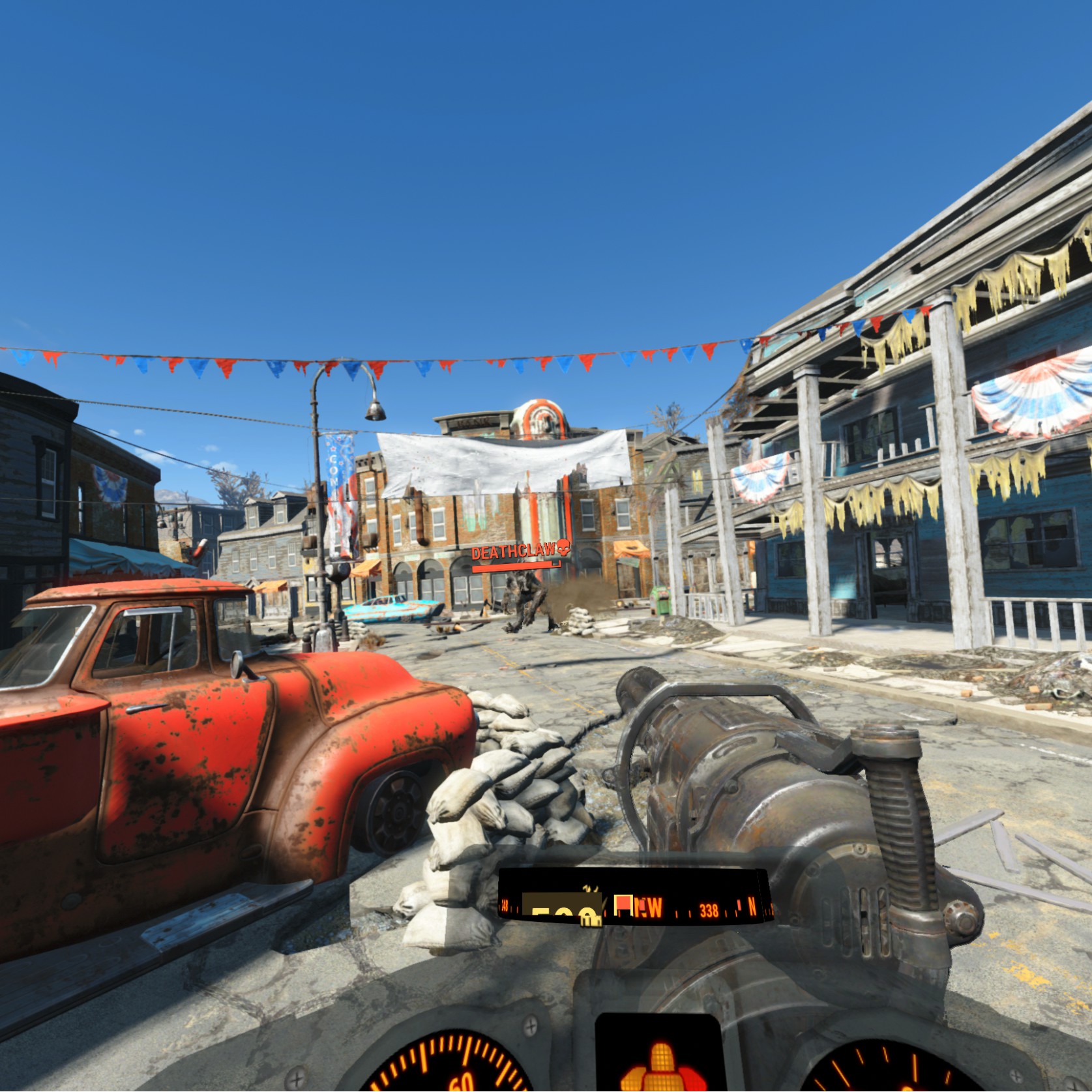 Look I could probably rabbit on about Fallout 4 VR for a lot longer but I shouldn’t. Much like all good VR experiences it really does echo that line from The Matrix “nobody can be told what The Matrix is… they have to experience it for themselves”… Fallout 4 VR is that. The pictures here don’t do it any justice at all… even play through video’s won’t give the true sense of just how “there” you are. Is it perfect? No, there are issues… it’s a Bethesda game so there are bugs but I really don’t have an issue with that considering the scale of what they provide and how hard it must be to make sure that giant world is without faults on all the difference system configurations out there (and they do patch the game when they can/need to). The controls can be a bit tricky to master but that’s also to be expected from a reasonably new technology (at least for home use). But what you do get is a massive world that you can just roam around in, you get to play with your good ol’ pal Dog Meat. I’ve spent longer in Fallout 4 VR than any other VR experience before and my play times themselves are far longer than any other playtime (averaging about 3 hours at a time). I am arguably a Fallout apologist so keep that in mind, but if like me you love the Fallout World (and previously only got to experience it in a “forced” VR experience via software “hacks) then I think you are going to be more than happy with the experience… now if you’ll excuse me I need to go and hunt a Death Claw.