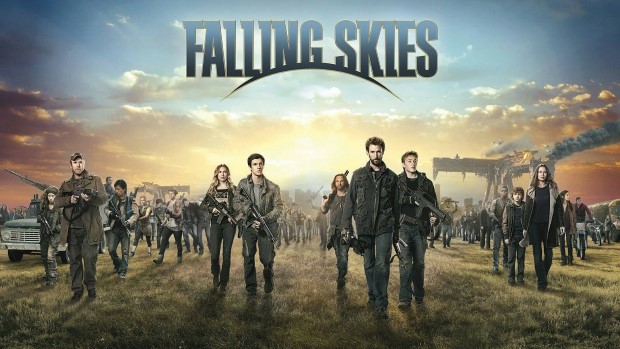 Summary: After a strong second season that offered some intriguing developments, it’s disappointing to see Falling Skies treading water for a majority of this instalment.

After a middling first season, Falling Skies managed to redeem itself in the eyes of fans with a much stronger second season that won back many viewers who were considering leaving the series.

Ending on an agonisingly tense cliffhanger that introduced a third alien race known as The Volm to proceedings, expectations were high for the third season, especially after the second season finally nailed down the balance between developing the characters of Tom Mason (Noah Wyle) and his family, as well as peripheral characters, whilst also positioning the alien invaders as a tangible threat. 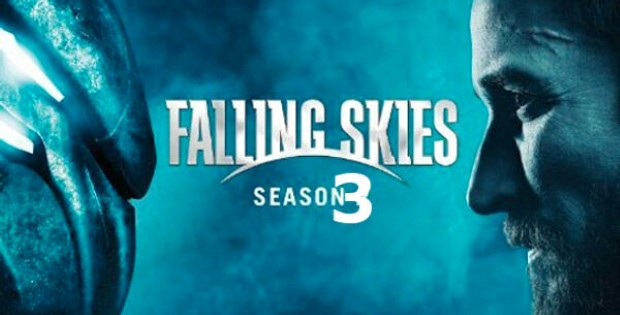 Coming into this season, however, it soon becomes evident that Falling Skies is content to rest on its laurels rather than take full advantage of the possibilities opened up by the addition of The Volm, quickly settling back into the same old routine of perfunctory alien encounters bookended by all manner of domestic disputes and clashes between characters.

Leaping forward seven months, Mason and co. have settled into Charlestown and are maintaining a tenuous alliance with The Volm after meeting Cochise (Doug Jones), a friendly Alien acting as an emissary due to The Volm suffering their own defeats during conflicts with the “Skitters”, the main antagonistic alien species from the previous two seasons. 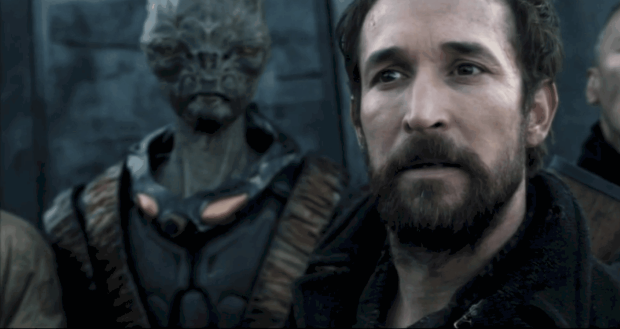 As such, the tables have turned somewhat for the 2nd Mass, with Mason and company finally making some progress in the battle against the Espheni invaders, managing to scatter their ranks as they struggle to hold their own against the rebellion in the face of dwindling resources.

Things are looking good and the survivors finally have a glimmer of hope, until it becomes clear that they’re being sold out to their enemy by one of their own, with a traitor among their ranks leaking information and attack strategies and surreptitiously knocking off key members of the rebellion in order to stave off their increasingly likely repelling of the Espheni Invasion. There’s also some dissent amongst the survivors as some begin to question the true intentions of The Volm and the veracity of their claim that they wish no harm to the human race after the defeat of the Espheni. 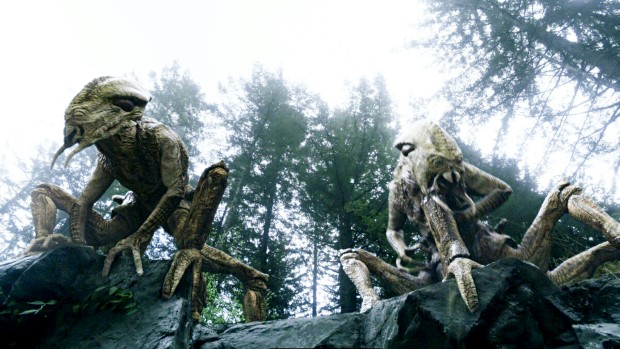 Elsewhere, Doctor Anne Glass (Moon Bloodgood) is starting to harbour some suspicions regarding her newborn daughter, who’s started to exhibit some strange tendencies that may be related to the Alien invasion and there are a few new characters that add an interesting dynamic to the group, such as Marina Peralta (Gloria Reuben), assistant to Tom as President of Charlestown, and the addition of Cochise to the cast adds a source of uneasy tension that is capitalised upon admirably by both Wyle and Doug Jones.

One major bone of contention with most of the new cast members is that we’re never really shown how they joined the group, with their back stories and settling in periods mostly glossed over by the leap forward in timeframe. 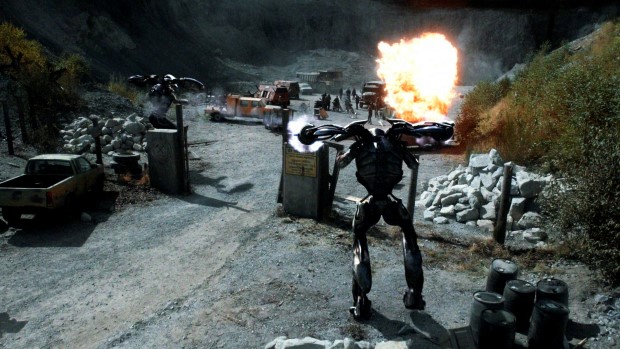 Falling Skies’ third season has some high points but all too often the writers resort to tired clichés and hamfisted dialogue, with much of the focus this year focusing on character conflict, with the alien attack used primarily as an interesting backdrop rather than truly capitalised upon.

Another area where this season disappoints is the lack of momentum for most of the episodes, although the pace does pick up satisfyingly throughout the last four or so. Still, there is enough here to appease ardent fans, but the more casual viewer may be finally put off by this uneven season and move on to the next bright Sci-Fi star on the horizon. 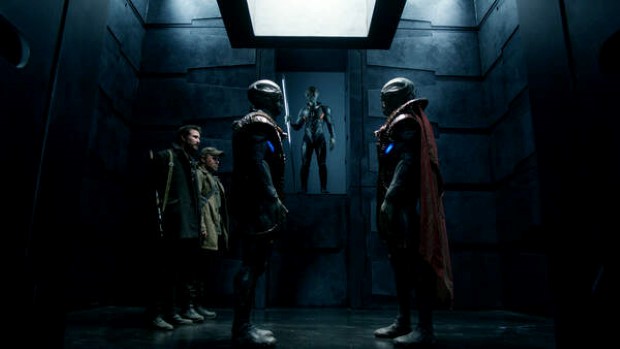 Falling Skies comes with a visual transfer that, much like the show, is a bit of a disappointment. I’m not sure if the fault lies with the film source or the transfer process itself as I didn’t manage to catch this season during its run on television, but the 1080p/ AVC encoded image is noticeably weaker in regards to contrast when held up against the quality of the previous two season releases. Fine detail is often softened and there is quite a bit of noticeable banding, as well as majorly washed out black levels and a dull colour palette all around. The quality is serviceable enough to not really hamper the viewers enjoyment whilst watching the series but, when compared to some of the recent exemplary transfers by Warner, it certainly fails to match up

This release fares slightly better in the audio department, with a robust DTS-HD 5.1 soundtrack that boasts exceptional clarity and dynamic range; Speaker directionality is precise and there’s no evidence of audible bleed through between channels, with both the score and bombastic action sequences suitably rousing and immersive.

Overall, a surprisingly lacklustre transfer that is salvaged by a competent audio mix. 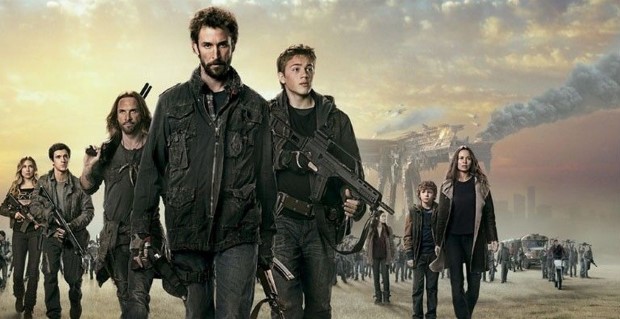 There’s a few supplemental features for fans to explore with this release, the most prominently featured of which is 2nd Watch with Wil Wheaton, which recaps the events of most of the episodes and features discussion with key cast members and crew, in a similar vein to AMC’s Talking Dead. Wheaton mediates proceedings and, to be honest, can be more than a little annoying and forced, but the presence of the cast and crew serve to negate the Wheaton oversaturation to some degree, and admittedly some of the discussions are fairly enlightening.

There are also a series of relatively short vignettes showing glimpses of behind the scenes and two more extensive featurettes are also included, focusing on the characters Cochise and Karen, of which the examination of Doug Jones’s friendly alien is the more interesting, delving into both the development of the character as well as detailing the marriage of prosthetics work and CGI necessary to sell the illusion of an extraterrestrial character. 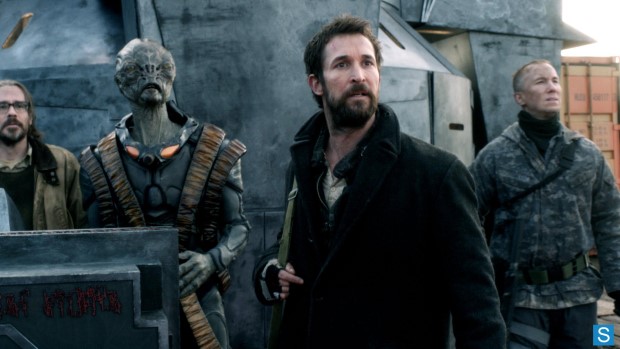 2nd Watch with Will Wheaton 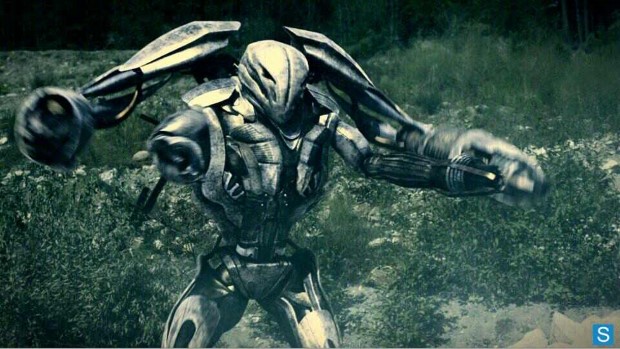 After a strong second season that offered some intriguing developments, it’s disappointing to see Falling Skies treading water for a majority of this instalment. The scripts have reverted back to the mundane efforts of the first season, lacking concise cohesiveness and using character motivations and actions merely as a mechanic for moving the story along rather than staying true to previously established behaviour. The storylines lack the focus that made the second season such a pleasure and ultimately the show just seems to miss utilising a lot of opportunities afforded by the potentially rich premise.

A major misstep for this season was the increased focus on the characters over the actual invasion itself and the loss of urgency due to the group not constantly being on the run and flitting from safehouse to safehouse. Thankfully, by the conclusion of this series it appears that the status quo has  been reestablished for the better and Falling Skies looks like it may have a few tricks up its sleeve for the upcoming fourth season.

Here’s hoping, otherwise the show may finally fall from being an enjoyable but ultimately unremarkable Sci-Fi series into the realm of unsalvageable mediocrity, which would be a shame given the central concept’s potential. 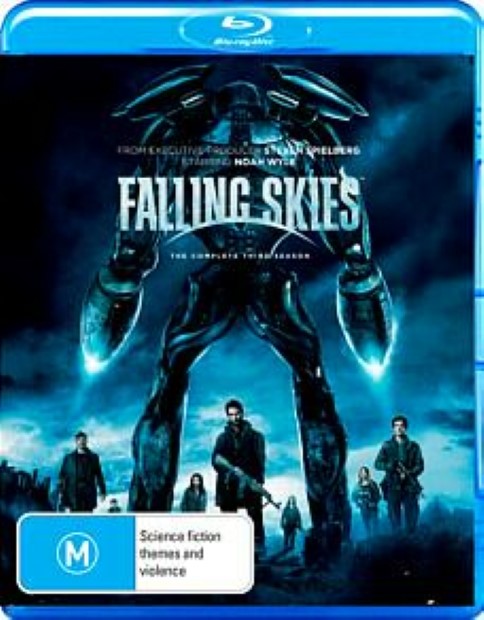