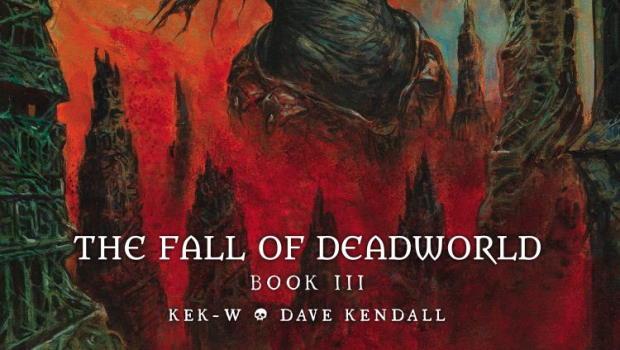 Summary: With Dark Judges attempting to wipe out all life and old enemies trying to take advantage of the chaos for strategic advantage... what hope do a small band of rebels have of saving their city?

Judge Death has been killed and insane Chief Judge Casey Tweed has taken over Death’s mission to kill every living creature on the planet. The neighbouring Soviets see this as an opportunity to launch a strike on their American enemies. In the midst of the chaos a small band of rebels, lead by Judge Fairfax, launch an attempt to stop their city being turned into a necropolis… but their chances don’t look good. The Dark Judges are spreading their contagion across the globe and the depths of space, killing all life under the orders of Chief Judge Tweed. But thought Judge Death is dead… it doesn’t mean he is gone! 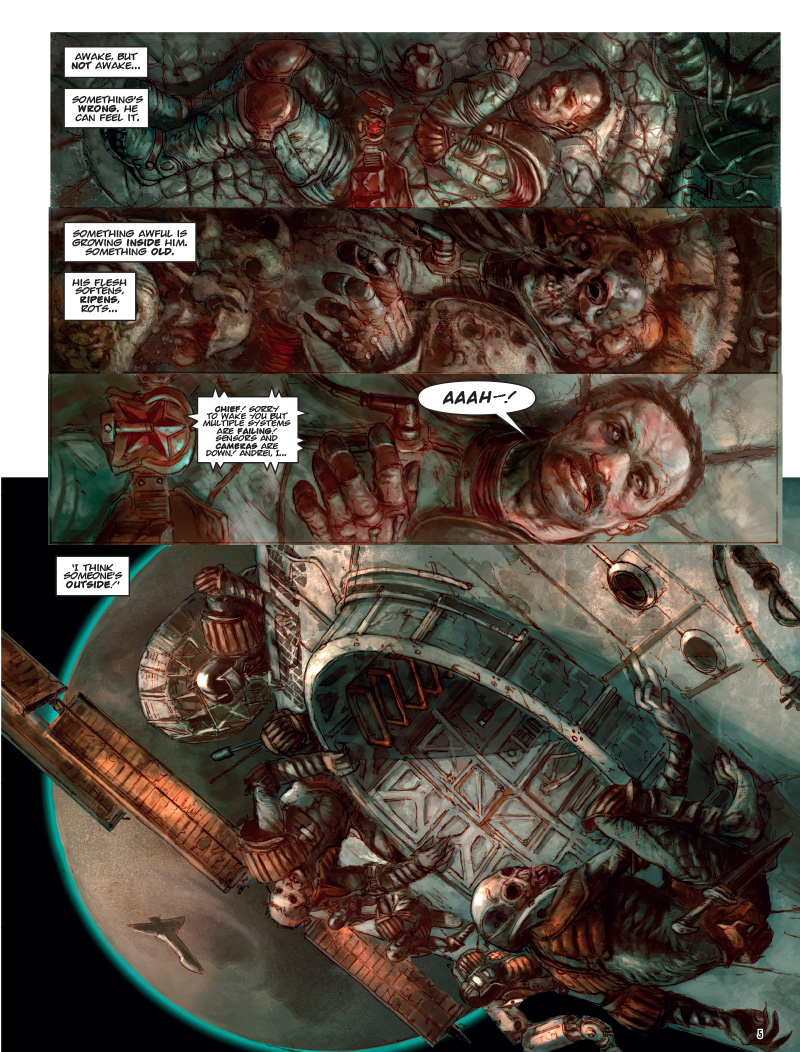 There’s a lot going on here. As if it isn’t bad enough having the Dark Judges trying to take life from you… old “mortal” enemies try and take advantage of the horrible situation for strategic gain. Then to have a bunch of rebels made up of not just the living but some who have been turned into the undead and you have a motley crue tasked with what seems all but impossible… to stop The Dark Judges turning their city into a city of the dead. Skirmishes all over the place, impending death and power struggles within the Dark Judges make for a lot of material to dig into here.

Mortis looks like the embodiment of vengeance for those who state “meat is murder”… with what appears to be a cows bloody skull affixed to a portly human figure his only interest is ending all life… everywhere. As someone who has spent a bit of time working in the funeral trade I find it quite fitting that the colour scheme here seems to be taken directly from the world of decay. The sickly greens and yellowy creamy browns read off decomposition and suit the subject matter perfectly. Not only do they convey the state of many of the things within the world we are viewing… they also set that tone in the readers mind… this is a world of decay, death… oblivion!

After having recently read the Torture Garden… Fall of Deadworld feels a little less oppressive… but still very very bleak! I’ve used the analogy before but if you like the movie Aliens… there’s a certain feel of that here. Part of it might be the Gigeresque visuals… but I think it’s also that notion that you can have all the technology in the world… it’s not always going to be enough to stop the mostly deadly of enemies. When your enemy is essentially death your chances of survival are pretty slim.

For those who like their sci-fi filled with horror this is a great purchase… for those who prefer the less dire vision of the future give this a miss. 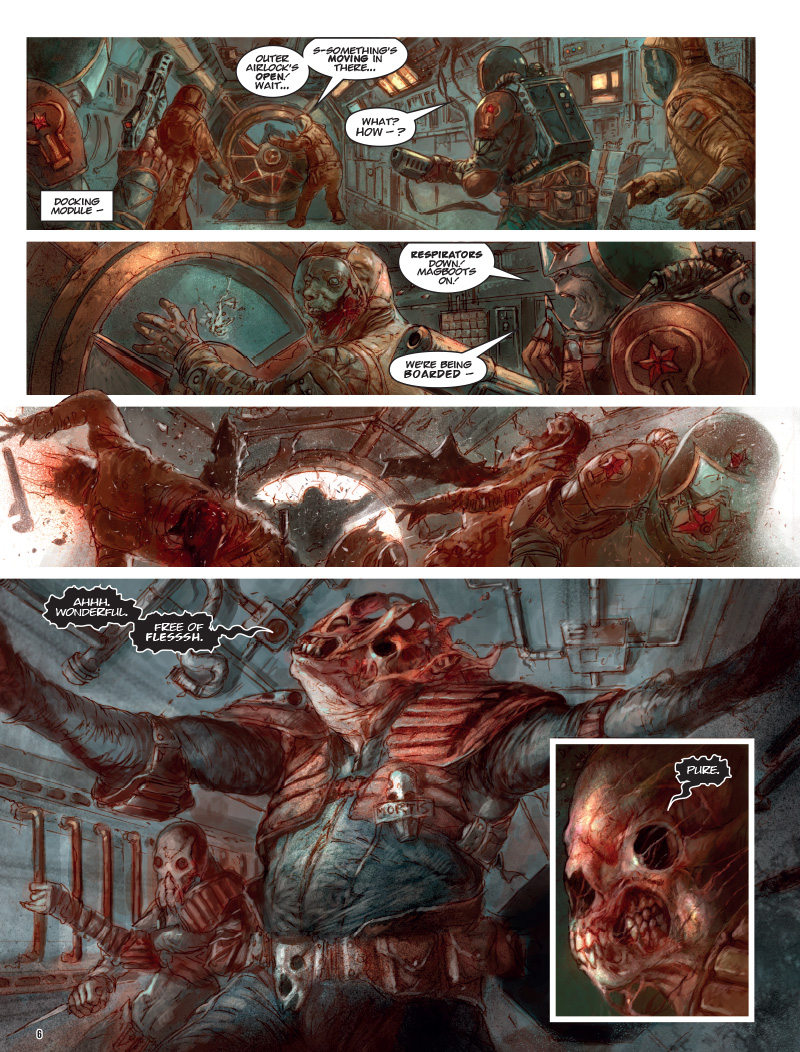