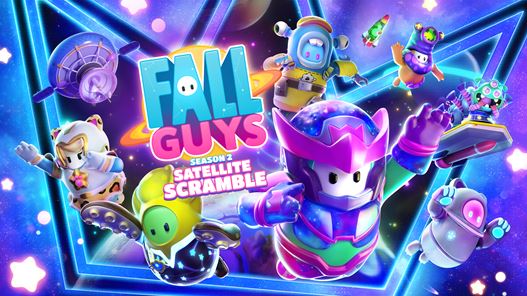 The transmission is over, and the uplink is complete. Finally, we can share the news that Fall Guys is headed to the stars! Today, Fall Guys announced Season 2: Satellite Scramble – which sees our stumbling space cadets leave their home planet behind in the search for new intergalactic frontiers.

As you’d expect from a Season launch, there’s a galaxy’s worth of cosmic content on the way, from a new Season Pass filled with some of our best costumes yet, a full lineup of space themed Rounds, and some truly stellar new IP collabs, including Star Trek, Alien and Hatsune Miku.

Head over to the Fall Guys blog for more information on what’s new, and check out the trailer below or here – including details on all the new Rounds and a breakdown of the Challenges and Rewards in our first live event for Season 2.