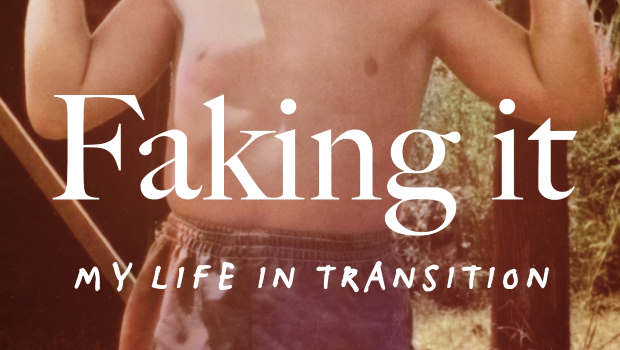 Faking It: My Life In Transition – A Memoir Book Review

Faking It: My Life In Transition – A Memoir Book Review Chris O'Connor
Writing

Summary: A story of sorrow but also hope and possibility.

I’m not entirely sure where to start. Kyle Mewburn is quite a fascinating person. Her journey from Queensland suburbia to the picturesque landscapes of New Zealand by way of… well, the world is a captivating read equal parts sad and hopeful.

Biographies can be a mixed bag at the best of times, but occasionally you come across one that is so unabashedly honest and raw that you feel like you’ve been granted access to someone’s soul and it has the power to touch you more deeply than you expect. In Faking it: My Life In Transition, Kyle doesn’t cover anything up… there are moments where she states quite matter of factly that she behaved in an unpleasant way, there’s no hiding the downs to suggest that she was always in the right or that things were easy… quite the opposite.

But it’s the truth that was hidden within, that seems obviously to have been at the heart of the challenges, that ends up being the relief at the end. Finding a partner can seem a challenge even in a world of billions. Finding a partner who would stay around despite some pretty major road bumps in a relationship is another thing. But when you find that special someone, especially that special someone who not only accepts you for who you truly are… but seems to take it in stride and simply show you that they love you for you not who you present as… that is when you know you have found the person for you.

But I’m off on a tangent. Faking it opens on a milestone… but it’s a milestone from later in Kyle’s life… but a major milestone! We then go back to the beginning (we return to that milestone later… with some fairly gory details… you have been warned). It is interesting to hear of how someone comes to be who they are today from where they began. To hear that a well known and well regarded writer began in a household that basically had no books… it makes you wonder what we could have missed out on. But it wasn’t just books that were lacking from Kyle’s life, it was the chance to be who she really was and her memoir takes us on that journey through the ups and downs (and long dark tunnels).

I’m rambling but like I said… I wasn’t sure where to start and I’m not really sure what to say to really convey what you will find within this book. Perhaps I should say that if you feel like you yourself may be the opposite gender to what your outward appearance suggests, if you know someone who is trans and want to have a better understanding of what they go through or if you are just curious about what it means to be trans then this really is a great book! I think in many ways this would be a good book to have in the school curriculum because it certainly doesn’t suggest that gender affirmation surgery or being trans is easy… but it does show it is an option and (as you will learn by reading Faking It) that can make a huge difference in someone’s life.

The old adage that if even just one person is saved/helped etc by reading this book is actually quite apt here. Though there is far more visibility around trans issues now than even just a few years ago… the easier it is for people to access information and personal stories of trans experiences, the easier it will be for people who feel it may relate to them on a very personal level to not feel the need to “fake it”.

A very moving and worthwhile read.