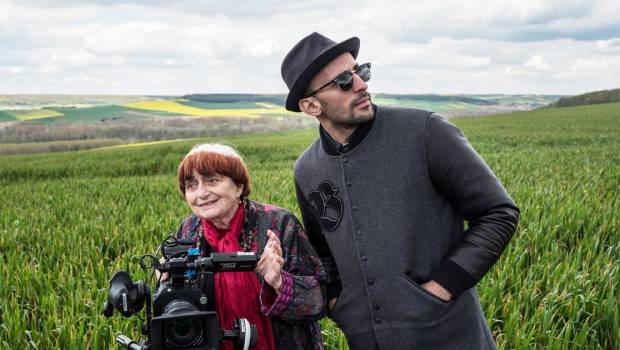 Before I start the review, there is something I need to confess: I have never seen an Agnes Varda film before. The following words are from a Varda neophyte, with no prior bias or expectations on what to perceive about her latest film, Faces Places.

Face Places is essentially a documentary about a road trip between two fellow artists, with Agnes Varda, a French film director who is famous for her many films, such as Cleo from 5 to 7 and The Gleaners and I; and JR, a famous artist known for his art installations of street art.

Agnes decides to collaborate with JR by participating in his Inside Out project, in which he takes portraits of regular people and pastes the pictures, in gigantic-poster format, onto walls and buildings. Over the course of time, the two create a fruitful relationship that is both endearing and amusing.

Despite not knowing anything about the subject matter nor the people, it rarely ever becomes an issue since Faces Places is such a genuine crowd-pleaser that shows the wonder of art, the beauty of friendship and the compelling contrasts between the generations of the past and the present.

From the moment it started with the quaintly animated opening credits, to the whimsical voiceover in which Varda and JR imagine all the places they might have met—including one point where Varda is seen dancing in a nightclub—I knew I was going to love this film. The chemistry the two have is so heartwarming and endearing that you wish that the film lasted longer than the 90-minute runtime.

Varda is such a charming presence and her outlook on life is such a marvel, that her dwindling vision never gets to her in the way of ideas. Despite JR’s look of pretentiousness and swagger, he has a youthful fire in him that makes him endearing and enjoyably passionate. 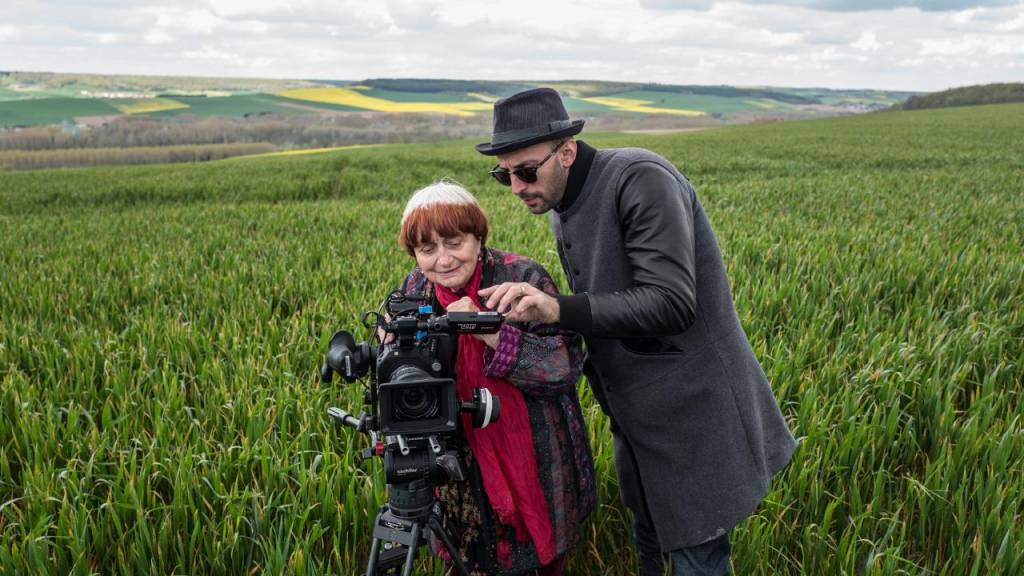 The journey itself the two leads go through, which consists of stopping into various villages of little to no knowledge, inviting the locals to pose in the van that JR has transformed into a mobile photo booth, and pasting massive print-outs of the resulting portraits onto the environments their subjects call home, is a very pleasant time and the villagers they meet are an entertaining bunch.

One scene involves Pony, the toothless poet who lives under the stars and makes art out of bottle caps. Other memorable subjects involve three dock workers we meet towards the end of the film. Actually, it’s not them, but their wives. It’s very evident that Varda is a major voice for women and both she and JR make their voices (or in this case, images) heard in a memorable trio [sic] image.

In a very special scene that is purely emotional and again proves the major voice, Varda and JR visit a former mining town that has been largely deserted; the housing that was built for local miners is now occupied by their elderly children. Varda not only wants to preserve these residents’ memories of their home, but she also hopes to make it a shrine or commemoration for the villagers. A row of brick houses, which is planned for demolition, is remains standing by a woman named Jeanine, who describes herself as the “sole survivor.” 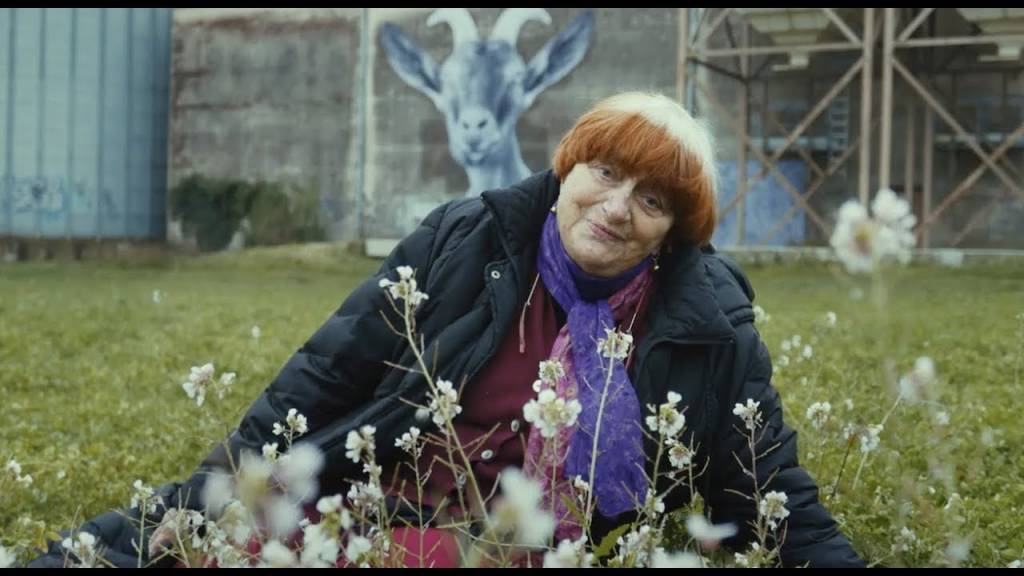 Inspired by Jeanine’s strength, JR and Varda paste building-sized pictures of both miners and Jeanine on the brick houses, turning it into a monument. When Jeanine sees it, she’s left in shock and awe. It’s a moment of pure emotion, one of many that make Faces Places both a testament to Varda herself as well as showing the “ordinary” in “extraordinary”.

Not all of memories can stand the test of time, such as a scene where Varda and JR venture to a deserted beach and decide to blow-up a picture of her deceased friend, Guy Bourdain, onto it; The very next day, the photo is washed away by the tide. Or the final sequence, which involves Varda trying to get back in touch with a friend/famous director, which just goes to show that the beauty of filmmaking or nostalgia doesn’t always translate into reality.

What does translate are the themes about the persistence in doing what you love regardless of time, the moments that we choose to cherish and the friendships we make, and the friendship of Varda and JR is one for the ages. Please go see Faces Places regardless of whether you know the subjects. At the time of writing this review, the film was nominated for the Best Documentary Oscar this year. Fingers crossed!

Summary: What does translate are the themes about the persistence in doing what you love regardless of time, the moments that we choose to cherish and the friendships we make, and the friendship of Varda and JR is one for the ages.