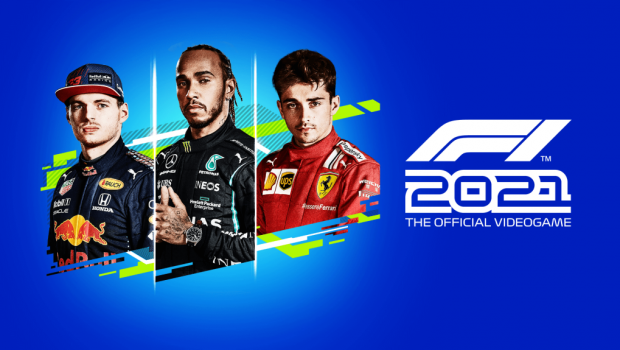 Summary: F1 2021 is a continuation of simple, consistent and well oiled machine that it has done best. Falling short in the same areas it has always done, but scoring perfect points where it matters.

F1 2021, another year, another game. Twenty of your favourite drivers battle it out to be crowned champion of the highest caliber and ten teams trying to prove their machines and teamwork are the best in the world. Only one driver and one constructor can stand above the rest. If you want to be the best you’ll need to beat the best.

Do you start at the bottom and climb your way to the top? Or do you start in the best position in a top team and take the fight right to the top of the table? Suit up, strap in, prepare your strategies and race like you never have before in F1 2021 the game! 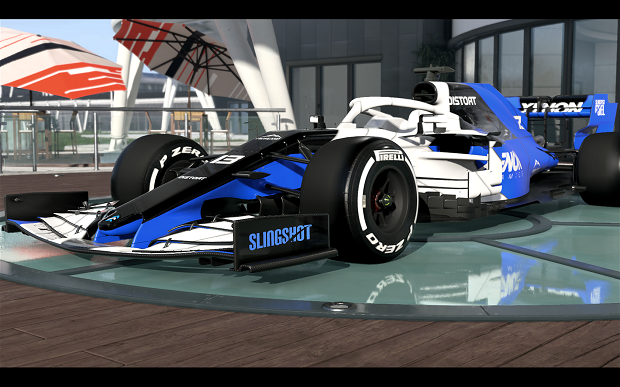 The game opens with a little homage to the real life series by way of the intro sequence before the start of every race. It’s a nice touch to add a bit more authenticity to the game, even if it is a little meme worthy. Reaching the menu, you’re greeted by a smooth layout and an easy to read format. Everything is sectioned out nicely . The home page consists of F1 2021s new mode Breaking Point and the latest news, calendar, split screen, options and the item shop. From there, the menus include Career; for a season length Solo or Co-Op series of races. Solo; for any single race Grand Prix, Breaking Point and Time Trial modes.

Multiplayer; for Ranked, Social, Events, Leagues and Split-screen modes, Esports; for Qualifying, Finals and even streams where you can watch the Pros. Customisation; for all your character profile needs, including helmet, jumpsuit, appearance, logo etc. Concluding with the Showroom, where you can view cars from the F1 2021 season, F2 2020 season and your own livery designs for use in multiplayer.

The game itself plays really smoothly. My Nvidia drivers were apparently out of date, but there were no updates so I played it anyway. With absolutely no struggle whatsoever. Controls of the cars felt a bit more balanced compared to previous titles. You could really feel if you accelerated too quickly, because the back end would slide out from under you.

You could really feel the lack of grip in older tyres, as your would understeer like crazy, much like you do in the rain. Other drivers really try to pass you on the straights and they will drag race you to the end. Pit crews look animated and lively as they scurry to change your tyres to get you back into the action as fast as possible.

Without getting too spoilery on the Breaking Point story mode for this year’s release, if you’re familiar with the Netflix series Drive to Survive. Then you have a pretty good idea of what to expect in this mode. It’s full of drama and controversy between two team mates and a re-occurring antagonist from the previous entries Devon Butler.

The story is a little cliché, but has some spicy moments to make you reel back gasping “oooh” and culminates in a wholesome beat the annoying egotistical driver with the power of sportsmanship and friendship. A bit of a laugh but good fun and a nice easy introduction to the game for any new comers to the F1 franchise. 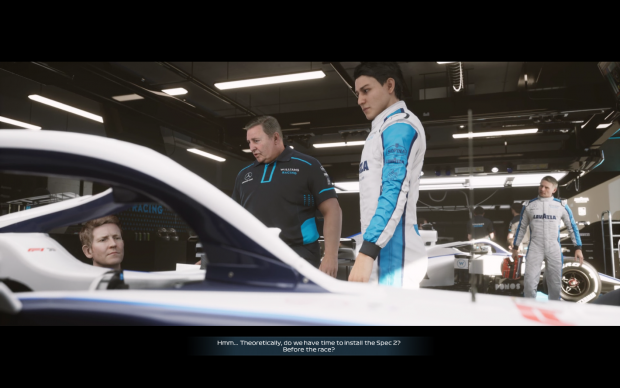 The Customisation in F1 2021 is quite in depth this time around. Unfortunately I missed the 2020 game last year, so my comparison is the 2019 release. Back then you could choose how you looked, various jumpsuit and helmet designs and your player number. It goes quite a bit deeper than that here in F1 2021. You can now create logos, which are emblazoned on your jumpsuit and helmet, these are a very nice touch.

Along with this change, you can finally change the colours of your jump suit alongside you car. So you can essentially match your car livery to the one on your jumpsuit and vice versa for a far more complete and professional look. On top of this, they have season passes much like they do in many other games. The free version unlocks new items every second level, the paid, every level.

These are only cosmetic items so that game isn’t pay to will per se, it’s more pay to look good. Which is far more acceptable in my eyes. These unlocks range from new gloves, jumpsuit designs, logos, helmet and livery designs. It’s fair to say I love the freedom of creativity here.

The only complaint I have here is that the graphics are not what I’ve come to expect in games of this generation. Menu graphics are good, pre-rendered cutscenes are stellar and car detail is expertly recreated. These are the standouts. But where F1 2021 fails is that of the character data for the real world drivers and the on track graphics. When in slow motion, or in the pits the world around looks just okay. Buildings look flat, without the benefit of shadows and windows don’t reflect light as they should. The road seems matted and only has graining and tyre marks detailing some sections. When compared to the real life iterations, it’s plan to see the lack of detail.

Rain looks well enough, you can see sheets of rain in the distance and your camera and car surfaces can get droplets forming on them which actually slightly reduces visibility or rather, adds a soft blur to portions of the screen. However track surfaces don’t look properly damp or wet. They come off more as though they were glazed as opposed to wet. Character models are the worst offenders here, whether on the podium, or on the starting grid previews they look badly enough to be considered mid tier PS3 graphics, I know likeness and facial animations have never been Codemaster’s strength, but with EA at the helm, I would have thought some improvements would be made. 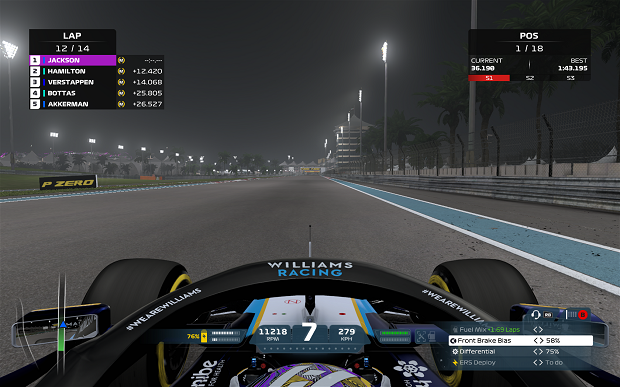 This is a bit of a hit and miss for me, nothing overly bad however. The opening theme being that of the current seasons is a nice touch.  The menu musics are rather relaxing and rather well received I have to admit. Reminds me of the days of old Gran Turismo, the smooth jazz in the menus of Gran Turismo made the came feel very welcoming. F1 2021s menu music gives the same welcoming feeling.

The cars are the icing on the cake for me. Whilst I don’t personally like the sound of the V6 turbo hybrid era cars, I’m very much a fan of the old wailing from the V10 days. The recreation is solid, the low and mid tones almost reverberate especially if you have a good speaker setup with a subwoofer. As the engine degrades through use you can hear the grunts and growls as the engine strains under low revs. This is something that wasn’t in 2019 and is another step in the right direction for F1 2021.

The voice acting however, that, leaves a fair bit to be desired. The drivers do not speak, except for your character, your rival and the games antagonist. Or well, Lando Norris has one line that I’m not even entirely sure was actually delivered by him and not just someone they got in who sounds kinda like him. Apart from that, many of F1s pundits and commentators make appearances, like David Croft, Martin Brundle, Karun Chandhok, Anthony Davidson and more. However their lines and deliveries leave much to be desired.

Some of David Crofts comments and remarks are of his trademark likeness in the sport proper. But for a lot of these lines, it’s almost as if many of them have been cut and replaced, with the resulting lines feeling broken and tone deaf. This isn’t exactly new to the franchise as this is an issue that has plague many entries in the series’ history. But it’s one that is integral to the experience and I had hoped they’d have fixed by now. Or at least, made clear attempts to try. 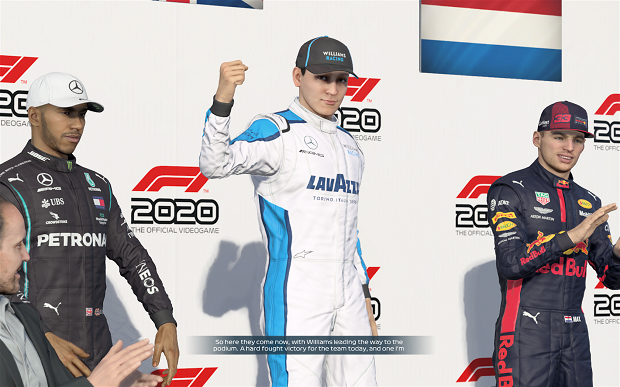 The game is clear, concise and simple to a fault, but that’s also its charm. There isn’t much to really think about other than racing. So there’s not really a lot to mess up and they do a great job with almost everything. The content is there, Breaking Point is a great introduction to new players and is a fun little side series to do for those solo players outside of standard championship, or single race.

F1 2021s multiplayer is simple, but does the job fine. It matches you based on skill when it comes to ranked, so you won’t ever get anyone grossly over skilled if you’re not great. But you will likely get matched with poor ping as many players are overseas. In social you run the risk of both over talented players and bad ping. The modes are more condensed. Making it shorter and sweeter for those who want shorter, higher paced events. So there is definitely something for all types of racers and all types of difficulty levels for those who want a challenge.

The Real Season Start is a great new addition too. Allowing you to jump in the next race in the real F1 season. For example, the next race is Spa in Belgium, if you used the feature in 4 weeks time. You’d join in time to race alongside the real Belgian Grand Prix.

At the end of the day though, I treat games like these updates or patches, rather than whole games. As teams and drivers change over the years but the core gameplay never really does. As they say, if it ain’t broke don’t fix it. 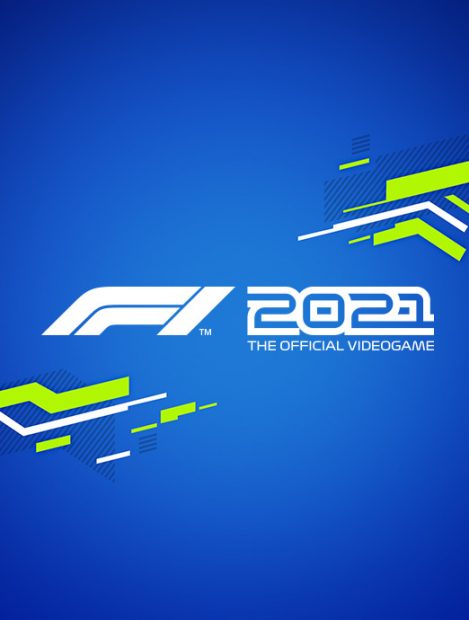