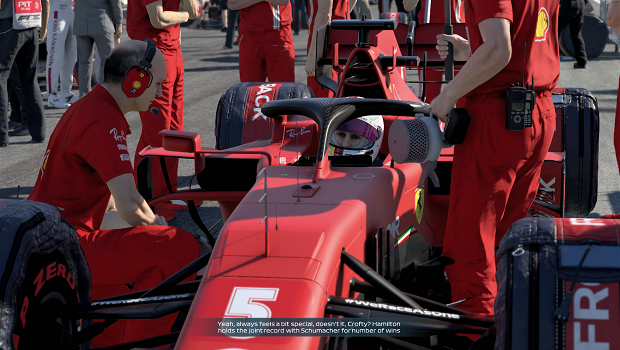 Codemasters® and Electronic Arts Inc. (NASDAQ: EA) today announced that F1 2021, the official game of the FIA FORMULA ONE WORLD CHAMPIONSHIP, predicts that Max Verstappen will win the Etihad Airways Abu Dhabi Grand Prix 2021 to take the World Championship against season-long rival Lewis Hamilton. The one-off simulated race using F1 2021 produced another masterclass in the art of driving, with the Dutch superstar coming out on top.

After taking pole position in qualifying, Max got off to the perfect start under the Abu Dhabi lights on Sunday, establishing a solid lead within the first few laps. Leaving everything on the track, Hamilton pushed all the way, but with few opportunities to overtake, saw the hopes of his record-breaking eighth World Championship fade. Mercedes had some consolation as the team secured an eight-consecutive Constructors title.

Sergio Perez finished third, earning his sixth podium of the season. There were also top 10 places for Valtteri Bottas, who leaves Mercedes after this weekend, and the two drivers from Ferrari, securing third for the team in the Constructor standings. Fan-favourite Kimi Räikkönen, in his final Formula 1® race, came in 10th to secure one last point for himself and Alfa Romeo.

“Max and Lewis have provided some of the most dramatic racing ever witnessed in Formula 1. We couldn’t have wished for a better end to the season, and now it comes down to one final showdown for the title,” said Paul Jeal, F1 Senior Franchise Director at Codemasters. “F1 2021 allows players to compete as their racing heroes, and we encourage everyone to share their Abu Dhabi race highlights with our social channels before lights-out this Sunday.”

To celebrate The Game Awards, which sees F1 2021 nominated in the Best Sports/Racing category, players can enjoy the game at a special price from today until Monday, December 13*. F1 2021, the official game of the FIA FORMULA ONE WORLD CHAMPIONSHIP, boasts several new features, including the thrilling new story mode, ‘Braking Point’, an expanded Career mode enabling two players to come together and race, and Real-Season Start with the option to jump into the championship at any point that has already occurred, adopting the real-time driver and constructor standings.