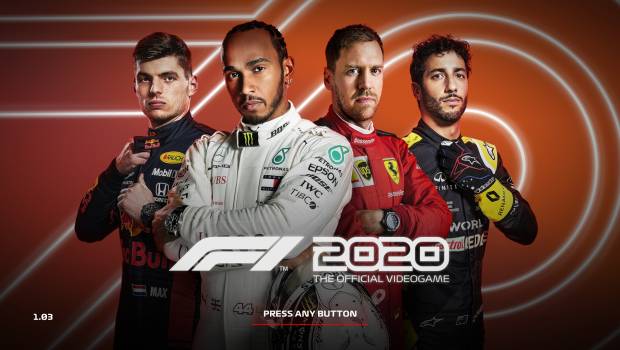 There is nothing like speeding down the race track in a multi-million dollar rocket with wheels, feeling like God’s gift to Formula 1 racing, that is until you see the name Lewis Hamilton overtaking you. It’s only then that you realize that you aren’t some benevolent racing god but just some guy that just had his rear handed to him by one the greats of F1 history. This is what you can expect to feel in Codemasters new F1 2020 coming to PC and console this month. 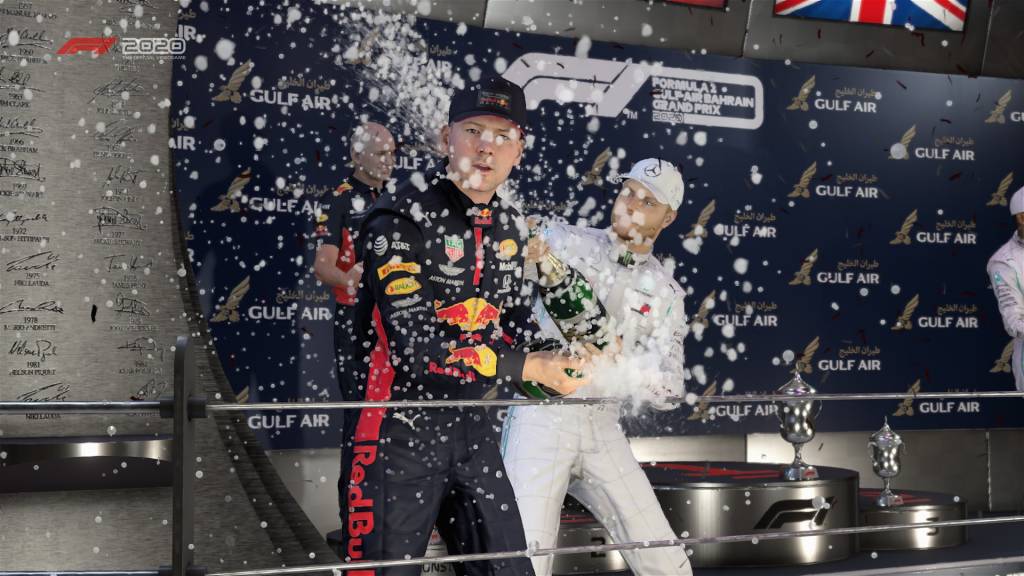 Now I’ll be honest when I say I had very little knowledge of formula 1 racing, and let’s be real that’s not really changed. Sure I know the names of some of the race tracks and racers, but to me it was all just cars going really fast around a track and from what I took away from this game is it is so much more. It wasn’t just about doing the best I could to not crash doing 90 mph around a curve, but about how the car handled and felt. F1 2020 digs a little deeper than just going fast and being first, it’s also about your race team. 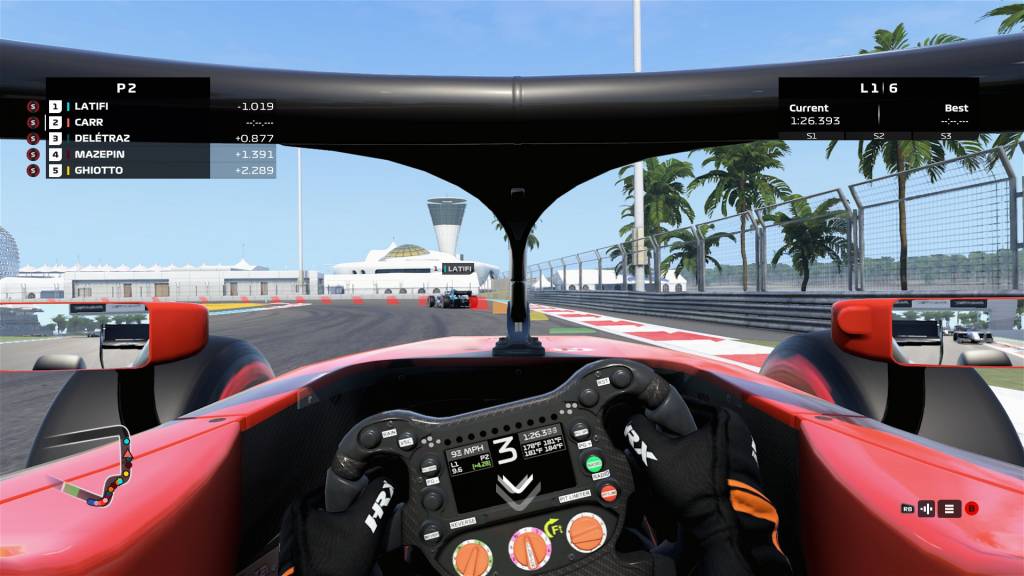 So I spent a lot of my time playing the career mode in this game which I can say is where I felt this game really shined. Now of course quick match and multiplayer racing is there and it’s exactly what you would expect. It doesn’t take long to realize everyone in multiplayer has been playing F1 games for years and that you really aren’t as good as you thought you were. As of reviewing the game I ran into no connection issues trying to play online and the game looked and ran fantastic. I didn’t play multiplayer too long though because apparently the saying “Rubbing is racing Harry” from Days of Thunder doesn’t apply in F1 2020. So for me this game really stepped it up in career mode. You can begin with creating a racer by picking between a very lackluster set of premade racer avatars. I would have like to have seen them allow a little more creativity here but that’s not what we get. After you pick your avatar you can pick from yet another lackluster set of prerecorded names that you will be referred to during the career mode. Seriously this list was abysmal. Once these few picks are made you can finish up creating your racer then it’s off to the races. 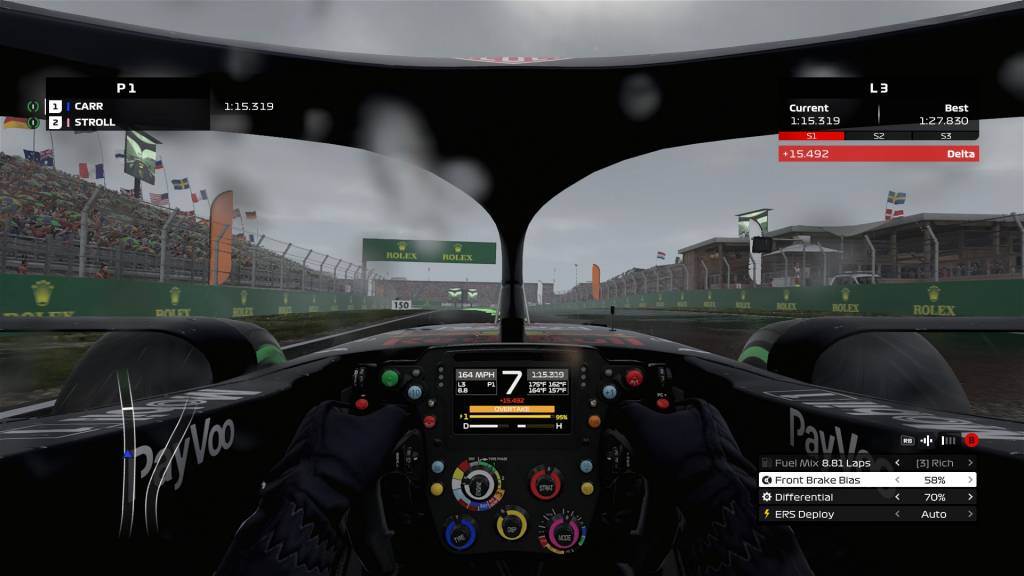 This is when this game really sunk its fingers in and got me for a while. As you move along doing your practices, qualifying and races, there are moments in the game where you are interviewed by generic interview lady. These little Q&A sessions affect your potential rank of your player along with the standing with your racing team. If there is one thing to remember it’s to always be good to your team. This can affect points you get that can unlock better parts for your car to increase a number of things. This R&D tree really let me feel like I had some kind of control with the game other than just being some guy that drives really fast around the track. Another feature that I really enjoy allows you to pick a rivalry with another racer, which can either be good or bad for you depending on how you place in the race.

Now I want to talk a little bit about how the game looked and handled. I cannot stress how great this game looked on ultra settings on my PC. I ran into absolutely no frame rate issues or graphics popping in or out. This game felt very well optimized for the PC as I ran into little to no issues. This gave the game an amazing feeling and a beautiful look. It was incredible doing a race in the rain while having water peppering the screen giving a sense of unease as your vision becomes impaired and the track becomes slick. It looked and handled beautifully, though that’s not to say I didn’t see some strange things here and there. The picture below being one of those things I captured. 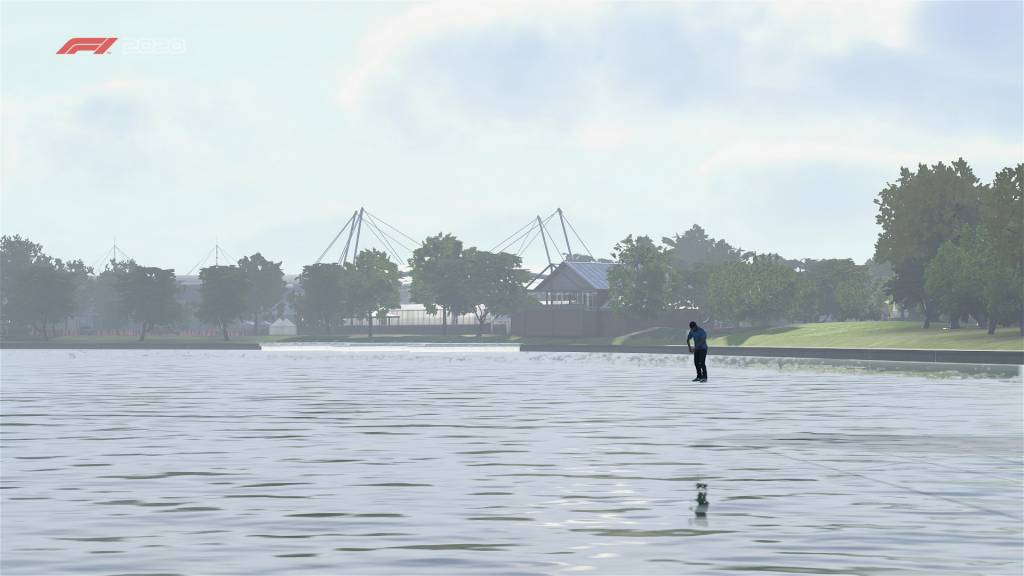 I have praised this game so far but there is one thing about this game on PC that I absolutely could not stand. There is ZERO mouse support for this game. At no point was I able to navigate any kind of menus using my mouse to click and move where I wanted to go. This might be minor to some but it bothered me a lot. Another complaint I have is awful keyboard control setup with the default settings. I don’t know what they were thinking when they set up which keys to do what during a race, but its sporadic and have to be changed by the player. Actually for the most part keyboard controls for this game are terrible. I highly suggest using a gamepad for playing this game. 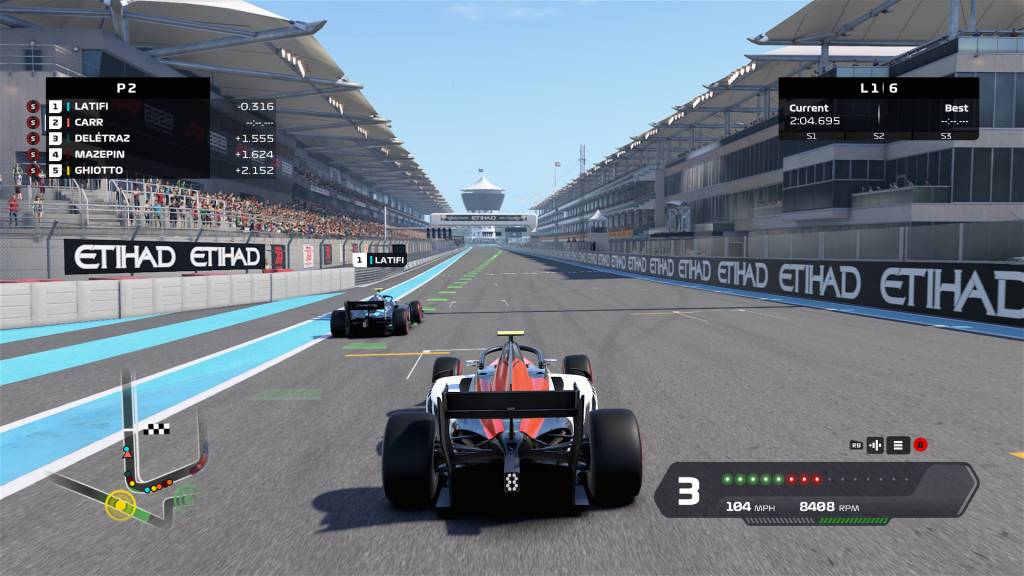 All in all I have to say once I got out my gamepad this game became a blast to play. Codemasters did one hell of a job giving a sense of speed and realism when playing this game. Now I will say this is also a review coming from someone that has not played the previous installments so some of the things I mention may be carried over from previous titles. So this review was from someone going in blind so take that for how you will. I’m giving this title 4.8 stars out of 5. 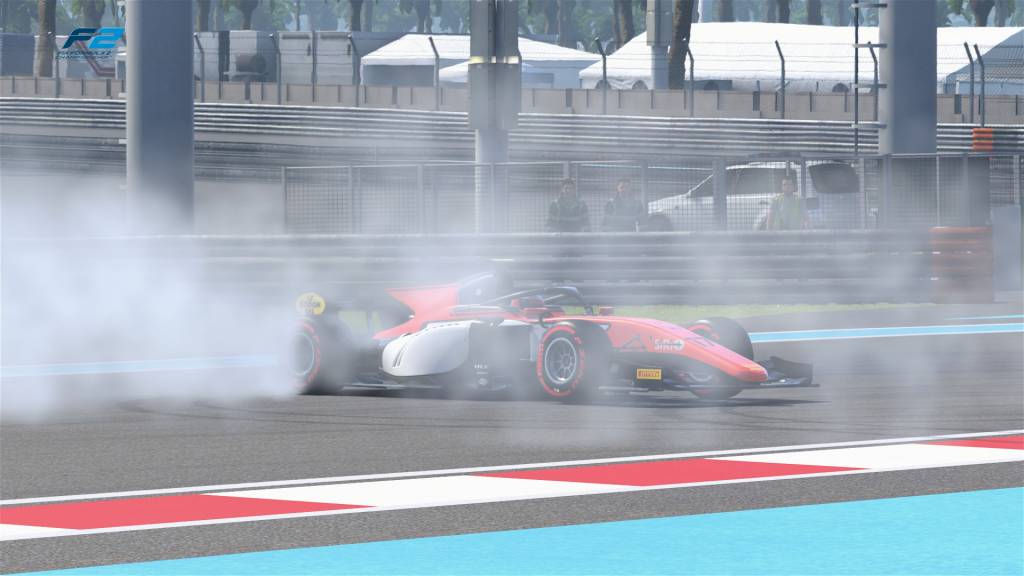