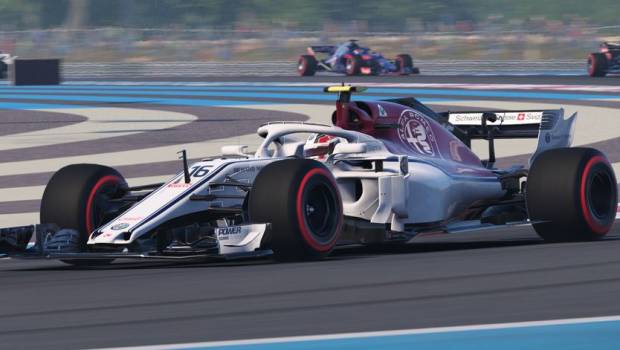 SYDNEY, 26th July 2018 – Codemasters® has today released the second part in a series of developer diaries for F1® 2018, the official videogame of the 2018 FIA FORMULA ONE WORLD CHAMPIONSHIP™, detailing how even greater depth has been added to the Career mode by expanding the player’s research and development options. The changes and additions to the system will now see each F1 team have its own unique technology tree with differing strengths and weaknesses.

The second of the four part series, which is available to watch now at www.youtube.com/formula1game, reveals that F1 2018’s Career will feature significant rule changes between seasons during the Career for the first time. Just like in the real sport, these rule changes can have a great effect on which teams compete for the championship so it is important to react to them as soon as possible.

“We already had an extensive R&D system in last year’s game but wanted to expand this for F1 2018 based both on feedback from our community and where we want to take the Career experience too,” commented Lee Mather, Game Director, F1 2018. “We have made significant changes to the in-game pricing structure, added ERS upgrades, given each of the Formula 1 Teams their own unique R&D tree, and added a fog of war around the development.

“Probably the most significant addition is the introduction of rule changes, meaning that each season you don’t know where the other teams are going to be performance wise. It makes every year unique and drives you to want to do season after season.” Lee continued. “The player will be notified by their engineer that a rule change could be taking place at the end of the year and they can choose to use R&D points to preserve upgraded items to protect areas that have already been developed. Doing so could see the player starting the following season in a stronger position. However, the other teams will also have to contend with the rules changes, meaning you take to the grid in Melbourne not knowing which teams are the fastest.”

F1 2018 features all the official teams, the drivers and all 21 circuits of the thrilling 2018 season, including Circuit Paul Ricard and the Hockenheimring. As well as the current season’s offerings the game includes 20 iconic cars from the history of the sport allowing you to drive the likes of James Hunt’s legendary 1976 championship winning McLaren M23D and Niki Lauda’s Ferrari 312 T2, both of which featured in the hit movie ‘Rush’ (2013). F1 2018 will release onto PlayStation®4 computer entertainment system, the Xbox One family of devices including the Xbox One X and Windows PC (via Steam) worldwide on Friday 24th August 2018.