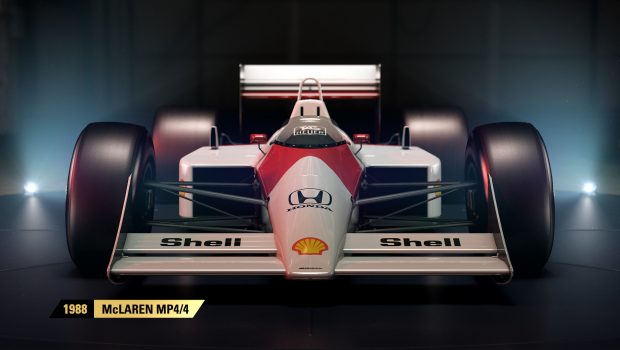 SYDNEY, 21ST July 2017 – Codemasters® have today revealed the final classic cars to feature in F1™ 2017, the official videogame of the 2017 FIA FORMULA ONE WORLD CHAMPIONSHIP™, and have released a brand new trailer showcasing the four iconic McLarens, including three that were previously unannounced.

“I don’t think you’d be able to get away without choosing 1988’s MP4/4 – it’s probably the most iconic F1 car of the last 40 years, a machine that looks as sleek and fast today as when it was first raced. And it’s superbly complemented by another Senna car, the V12-engined MP4/6; Mika Hakkinen’s beautiful, silver-liveried MP4-13, and Lewis Hamilton’s jaw-droppingly complex MP4-23.

“If you’re a gamer, or a McLaren fan of any era, then I think you’re going to want to race these cars in Codemasters’ F1 2017.”