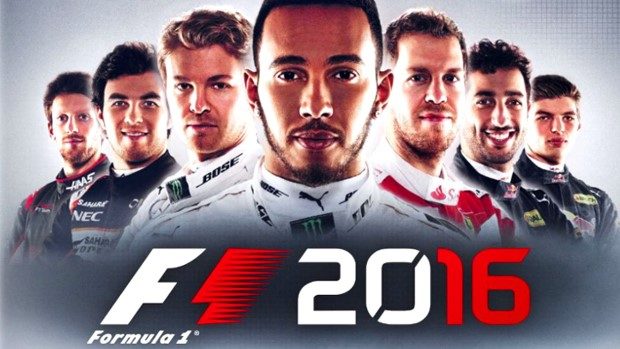 Summary: Whether you're a lover of all things formula one or just a fan of racing games in general, F1 2016 deserves a place in your collection.

The annual release of a Formula One game usually comes with the hope that Codemasters has finally made a worthy F1 racing title. On release, these expectations quickly crash and burn as fast as I would if I actually jumped into a real F1 car and tried to drive it. Unfortunately, unlike many other sports, F1 hasn’t had a worthy representation in video gaming thus far, so, you’d be forgiven for thinking that F1 2016 might be another entry in the mediocre F1 series. However, I’m pleased to say that isn’t the case at all. F1 2016 has broken the mould and is an essential purchase for any gamer who is a Formula One fan and anyone who loves racing games in general. 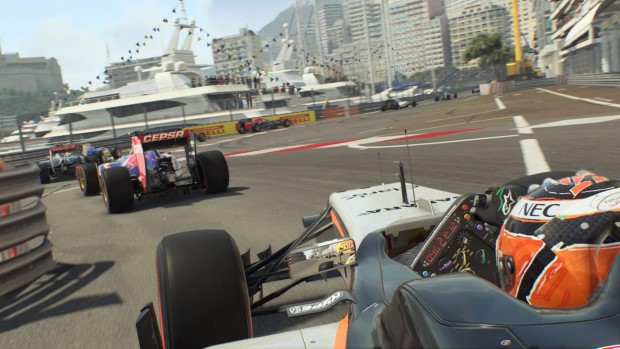 F1 2016 has several game modes to choose from, with the option to play through single, online and multiplayer races or customise your own tournaments. This year’s offering even gives you the opportunity to race up to 22 other players in an online championship mode. However, F1 2016 is all about creating your own legend and this year’s offering includes the most detailed and extensive career mode to date.

Career mode has a multitude of options where you can evaluate race strategies and alter or tweak the general set up of your car. For instance, you can decide what tyres to use by having your team analyse data, including your driving tendencies, as you race a number of laps through three thirty-minute practice sessions. The information provided in the practice sessions gives your team the statistics they need to determine how long each tyre will last and at what point in the race they’ll need changing. 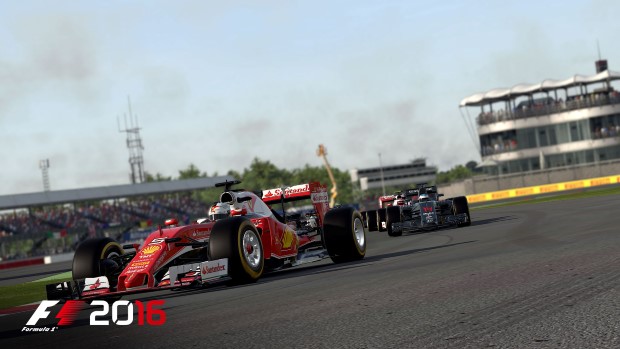 Additionally, the practice sessions give you the chance to familiarise yourself with the track and optimise your braking and accelerating through certain stages of the circuit. Also, by outperforming through qualifying and race day, you acquire points which you can use to upgrade your car such as decreasing its fuel consumption or reducing its weight. Now, for newbies of the series it may seem a little daunting having so many options put in front of you, but there are tutorial videos to watch if you get stuck.

Overall, I loved playing through the career mode, especially as I kept making new rivalries with fellow racers requiring me to beat them in certain criteria such as qualifying or lap times. Creating my legend was fun, though in between races, I was in front of a laptop with my agent saying the same things via voicemail. Although this part of the career mode felt generic, it’s still a huge improvement on earlier F1 instalments.

In regards to how F1 2016 technically handles, it is challenging at first. My recommendation would be to familiarise yourself with each circuit on an easier setting with driving assists such as the traction control switched on. Once you are comfortable with the controls or a certain track, try disabling traction control or at least switching it to medium. Reason being if you keep the driving assists on, the game becomes unchallenging. 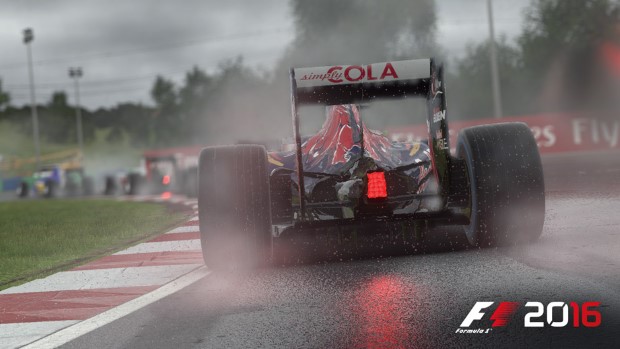 That said, as you race through each track at the insane speeds these machines can go, crashing into another racer or taking a corner a little fast are easy mistakes to make but thankfully, the Flashback system allows you to go back in time and rectify any serious errors. For the most part, the AI performs well and rarely does something bizarre, though, if you decide to play the full amount of laps per race, deployment of the safety car is a regular occurrence. Seeing the safety car for the first time is cool, but becomes tiresome quickly, especially when stuck behind it for a long time.

From the narrow corners of the Monaco GP to the bright lights of Singapore, F1 2016 is outstanding. All 21 circuits look marvelous with Codemasters nailing the pre-race build ups, presenting them all in style. The dynamic weather system adds to the realism by consistently changing. Sure, unexpected weather turns are a nuisance, though it makes each race feel unique and unpredictable. Lastly, while the sound design is superb overall, I cannot recommend using surround headphones enough as the engines roaring with your team chatting to you as you fly down each straight at 200 mph is a complete joy to experience. 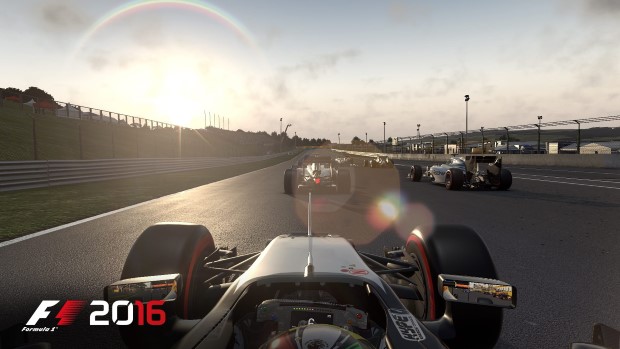 Whether you’re a lover of all things Formula One or just a fan of racing games in general, F1 2016 deserves a place in your collection. 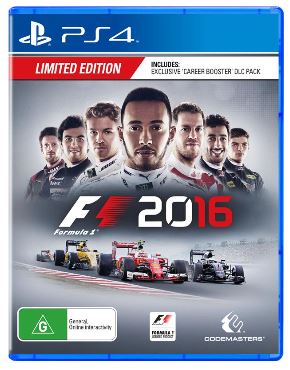