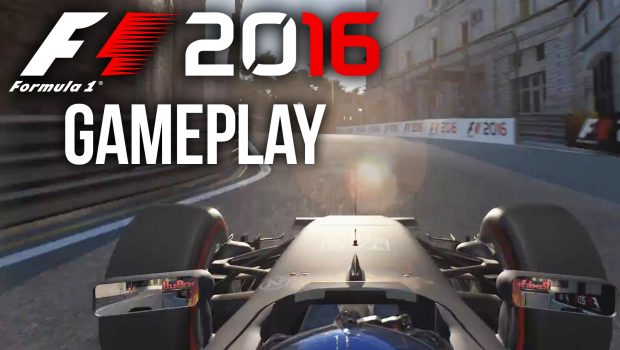 SYDNEY, 18TH June 2016 – Codemasters® have released the first gameplay video for F1 2016, the official videogame of the 2016 FIA FORMULA ONE WORLD CHAMPIONSHIP™, showcasing Daniel Ricciardo and Jolyon Palmer taking on the thrilling Baku street circuit which will host the 2016 FORMULA 1 GRAND PRIX OF EUROPE. Codemasters has also announced that F1 2016 will release onto PlayStation®4 computer entertainment system, Xbox One and Windows PC (Digital) on 19th August 2016 across Australia & New Zealand.

The new video features Red Bull Racing’s Daniel Ricciardo and Jolyon Palmer from Renault Sport Formula One™ Team as they enjoy their first virtual laps of the Baku City Circuit and give their impressions on the challenging street circuit. The circuit itself is said to thrive on Baku’s very attractive urban atmosphere and its great combination of history and 21st century style. The historic city centre, the beautiful seaside promenade and the impressive architecture all combine to provide the perfect backdrop for the spectacular new track.

Speaking about his experience, Daniel commented: “I can’t think of anything like Baku… For the corners it looks like you want to have maximum downforce but I don’t think you can afford to run it because of the long straight. I think we will have to sacrifice some grip in the corners to keep up on the straight.”

Talking about Baku’s soon to be famous Turn 5, Jolyon Palmer, said: “There’s some crazy corners and maybe the craziest there is in FORMULA ONE with the up the hill left and then straight into a blind right hander… It’s going to be easy to hit a wall. It’s very high speed. The challenge is huge!” Jolyon also said that practising on the new circuit in the new F1 2016 videogame before the race itself meant that he now knows “…probably more than most others, maybe everyone in the field so, it’s going to give me a little advantage.”

Both Daniel’s and Jolyon’s laps have also been released as separate videos:

Codemasters also announced that there will be a Limited Edition of the game to pre-order which includes the F1 2016 ‘CAREER BOOSTER’ DLC PACK, which will give players a head start in their F1 career. It gives the user a ‘Research and Development boost’ that applies a percentage increase to all research and development credits earned by the player in each session in the new career mode. Exclusive Career Helmet and Laptop designs are also included. Once the player has selected their choice for their career helmet, this design is then applied to the laptop located within the Career hub.

F1 2016 features the most in-depth career mode ever seen in the series, allowing players to create their own legend over the course of ten seasons dealing with life and drama both on and off the track. The recreation of the sport will be enhanced by the addition of the sport’s iconic Safety Car and Virtual Safety Car and also includes the new American Haas F1 Team. A number of yet to be announced features are also due to be unveiled in the coming weeks.