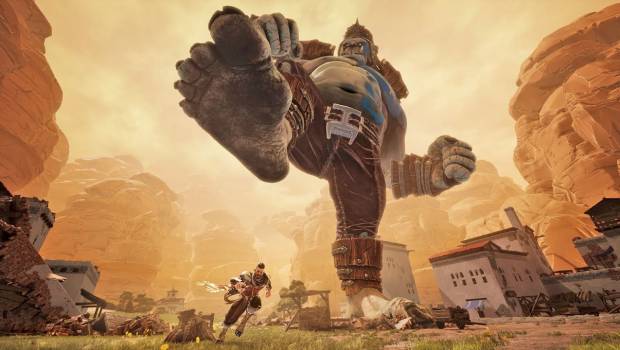 Extinction Smashes Its Way to Stores on April 10th, 2018

Sydney, Australia – January 31, 2018 — Originally announced in June of 2017 and followed by a strong showing at E3, Iron Galaxy and Modus Games are excited to announce the release date for Extinction. Prepare to save humanity from the formidable Ravenii on April 10th, 2018.

Pre-orders are available now for the standard and deluxe editions of Extinction. The game comes in both Standard Edition as well as Deluxe Edition, which includes the ‘Days of Dolorum’ season pass. Players who want the season pass at a later date can purchase it separately.

In Extinction, players take on the role of the hero, Avil. The last of the legendary Sentinels – the only warriors capable of toppling the Ravenii – he is all that stands between the towering ogres and the survival of the human race. Featuring insane skill-based combat that’s not for the squeamish, you’ll have to traverse the environment with precision while executing devastating attacks on your enemies. Use your whip to launch Avil into the air while dispatching a full-scale assault on monstrous beasts who want nothing more than to decimate you and your world. Annihilate all that stands between you and rescuing the people of Dolorum from extinction.

Extinction will be available on PlayStation®4 computer entertainment system, Xbox One and PC on April 10, 2018.