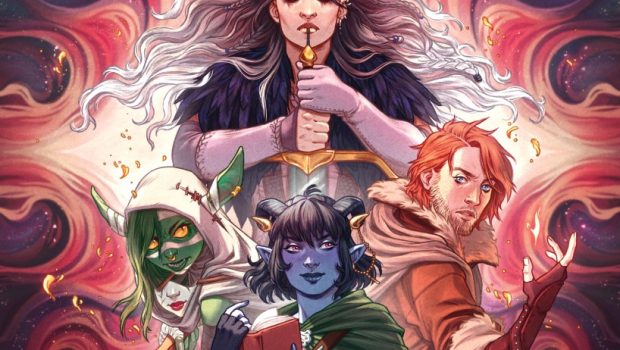 Dark Horse Books and Critical Role present Critical Role: The Mighty Nein Origins Library Edition Volume 1! This first of two oversized volumes collects the whimsical, tragic, and sometimes haunting backstories of Jester Lavorre, Caleb Widogast, Yasha Nydoorin, and Nott the Brave. These stories are each available as a standalone graphic novel, but now, this Library Edition collects them all together in one oversized volume. Like the Mighty Nein, these stories are better together, including an expanded sketchbook section and all-new cover art by Robynn Frauhn.

The first story in this library collection features Jester Lavorre. Dive into the mystery of Jester’s early years as the daughter of the famed Ruby of the Sea, witness her first meeting with the Traveler, and watch the fateful events unfold that set her on a path to eventually join the Mighty Nein. Written by Sam Maggs, with art by Hunter Severn Bonyun, colors by Cathy Le, and letters by Ariana Maher, in consultation with Laura Bailey and Matthew Mercer of Critical Role.

In the second collected story, written by Jody Houser, with art by Selina Espiritu, colors by Diana Sousa, and returning letterer Ariana Maher, with consultation from Critical Role’s Liam O’Brien and Matthew Mercer, explore the troubled past of Bren Aldric Eremund of the Soltryce Academy and witness his transformation into Caleb Widogast of the Mighty Nein.

The third story in this collection – the revelation of Yasha Nydoorin’s tumultuous past – features the work of writer Cecil Castellucci, artist William Kirkby, colorist Diana Sousa, and letterer Ariana Maher, with consultation from Critical Role’s Ashley Johnson and Matthew Mercer. For Yasha, there has always been a storm on the horizon. Maybe it formed with her adoption by the Dolorov people in the harsh lands of Xhorhas. Or perhaps when she fell for her first love, Zuala. Or still later, when grief and madness drove her from her village and out into––somewhere else. Maybe, on the other hand, Yasha IS the storm.

Finally, writer Sam Maggs, artist William Kirkby, Eren Angiolini, and letterer Ariana Maher, with consultation from Matthew Mercer and Sam Riegel of Critical Role, detail Veth Brenatto’s tragic tale of transformation. When the comfortable life with the family she loves is turned upside down by a goblin raid, Veth discovers a new side of herself…and is doomed to become the goblin Nott the Brave of the Mighty Nein.

Critical Role: The Mighty Nein Origins Library Edition will be available in bookstores September 12, 2023 and in comic shops September 13, 2023. It is now available for pre-order at Amazon, Barnes & Noble, and your local comic shop and bookstore.

Be sure to follow Dark Horse Comics on social media for more news, announcements, and updates! 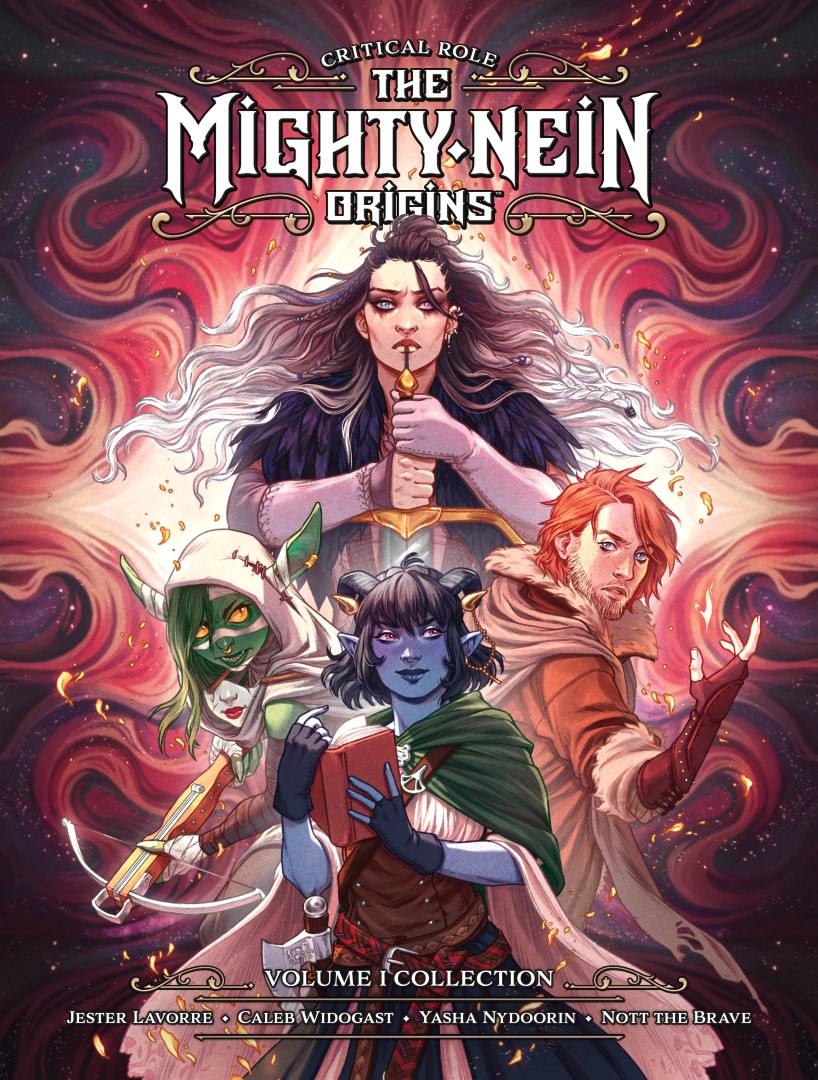 “Critical Role fans will leap at this opportunity to delve further into the background of their favorite characters, whilst newcomers looking for a jumping on point will find this a welcome read.” –Turnaround UK

“Mighty Nein Origins: Caleb Widogast is an excellent adaptation of Caleb’s backstory and comes to us from some very talented creators.” –Gate Crashers